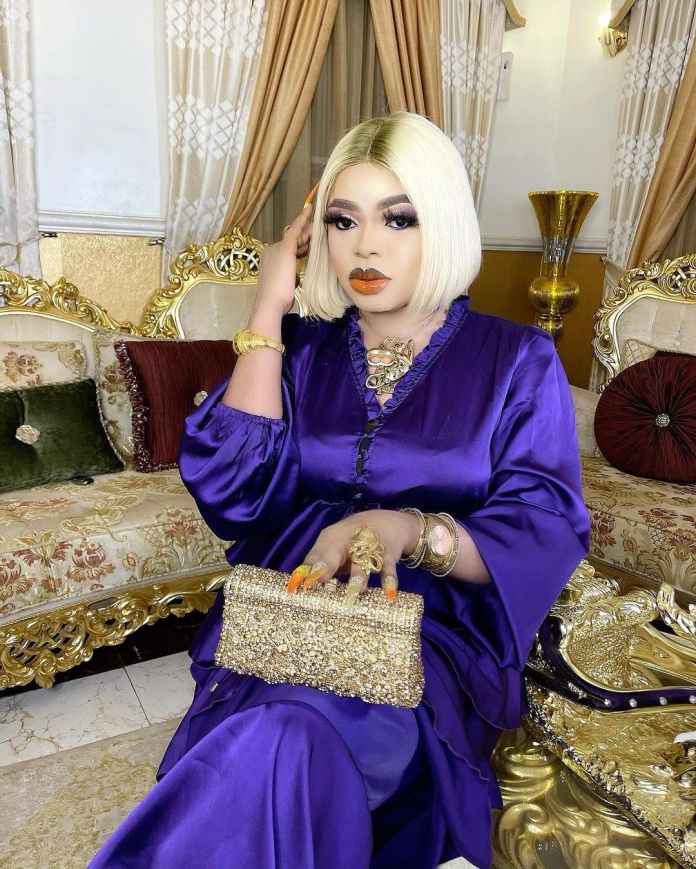 Nigerian crossdresser, Bobrisky has taken to his Instagram page to shade other crossdressers.

Sugar mummy of Lagos as he is fondly called has stated that he has plans of relocating from Nigeria as most crossdressers look like pigs. 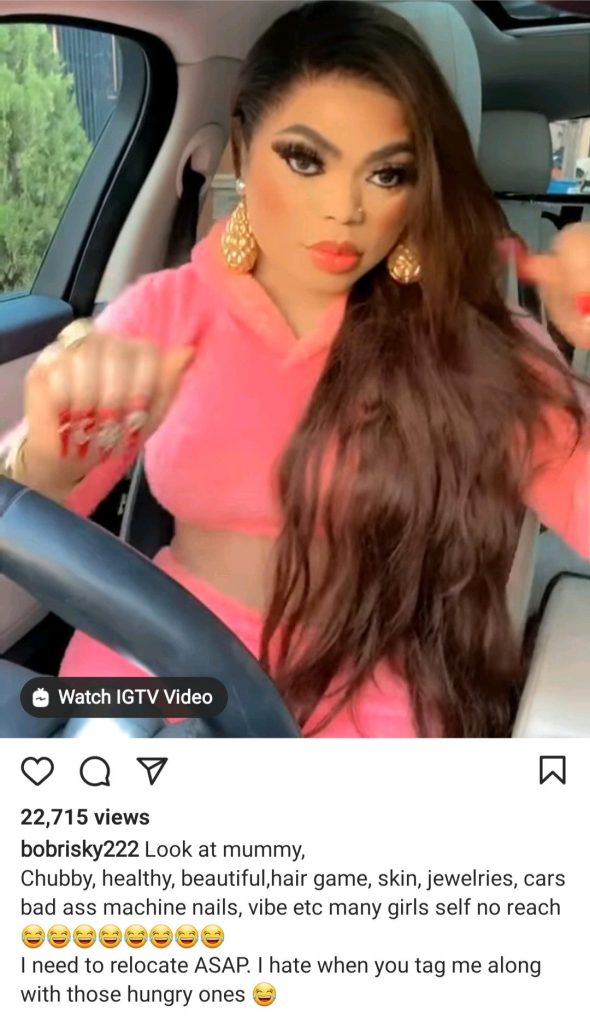 Taking to Instagram on tuesday 22rd, February 2022, to write that he wants to relocate because many Nigerian crossdressers “look like pig”. 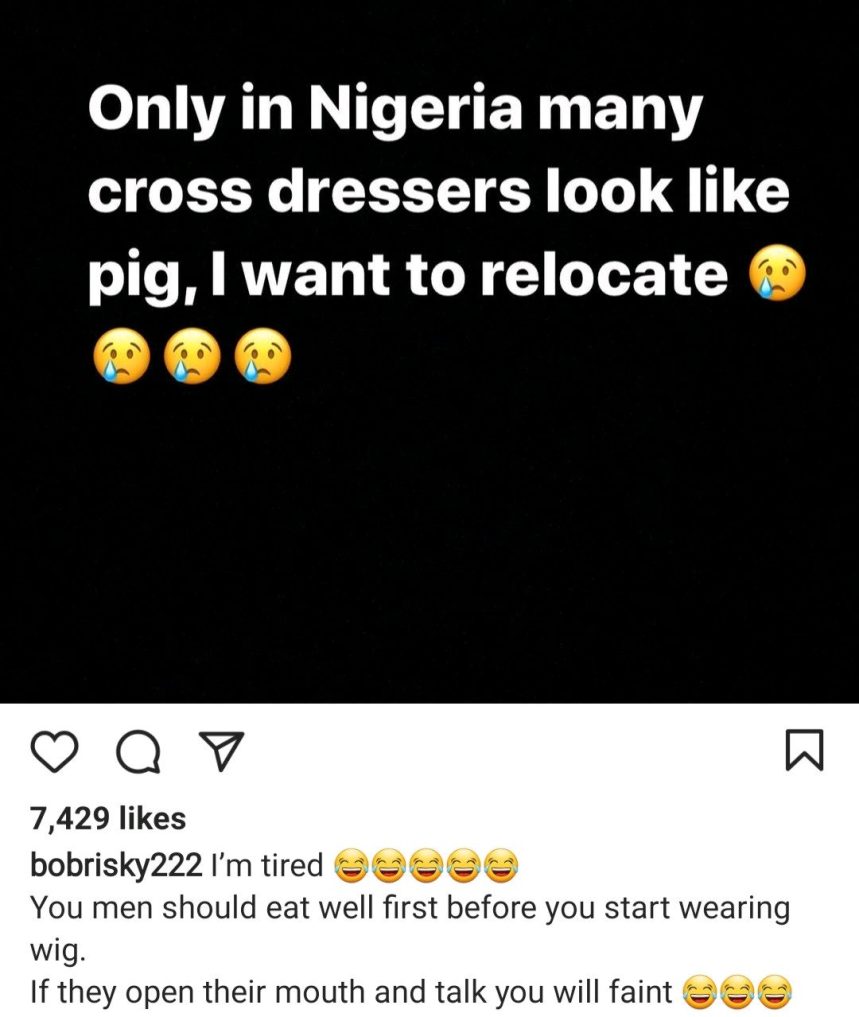 “You men should eat well first before you start wearing wig,” Bobrisksy added.

It would be recalled that his younger colleague, James Brown relocated to London and is yet to return.

Netizens had dragged Bobrisky for claiming the hotel he lodged in abuja for the Valentine cost 300k stating that his only saying that because his junior colleague relocated to London.

Glam Look Of The Day: Kie Kie Stuns in an Elegant Dress