The Popular DJ and producer, DJ Cuppy has switched allegiance to Manchester United after dumping Arsenal some days ago.

Manchester United Officially Welcomes DJ Cuppy. It should be recalled that some couple of days ago, the Nigerian Disc Jockey took to social media to shed tears over recent heartbreaks she suffered in the hands of Arsenal FC.

Following her announcement, Manchester United took to Twitter to officially welcome her to the club. 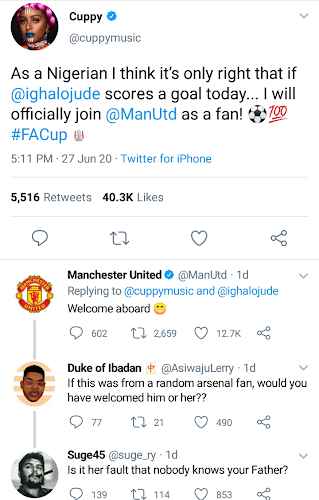 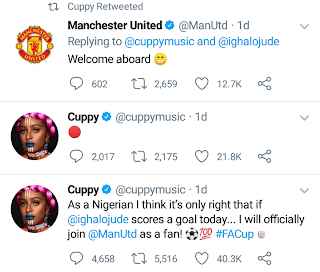