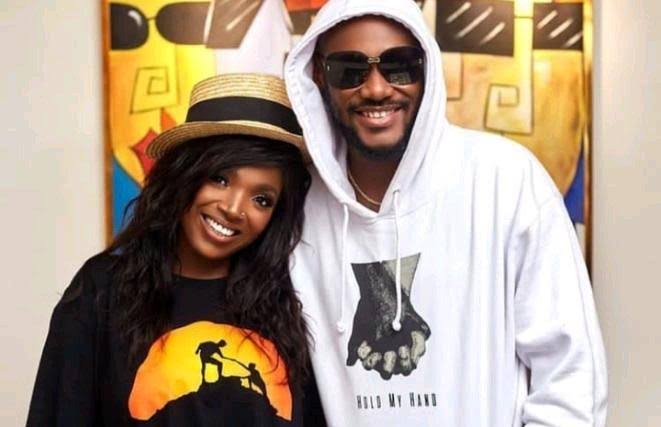 Nollywood actress Annie Idibia has reacted to reports of her husband, 2Baba getting another woman pregnant.

Glamsquad recalls that there have been reports that 2Baba impregnated another lady ‘a banker’ following his public apology to his wife, children, families and management team. Read here

READ ALSO: Davido Pens Touching Note To Self, Says The Media Made Some People His Enemies

Following the reports, 2Baba released a statement to debunk the report and also stated that the apology contains all there is to know. Read here

Reacting to the false reports and 2Baba’s statement, Annie Idibia slammed those spreading the false news.

She noted how the rumours of him getting a banker pregnant have been lingering since 2014. 2Baba and Annie Idibia got married in May 2012 and share two daughters, Isabella and Olivia.

Nollywood Stars Congratulate Jumoke Odetola As She Goes Back To School