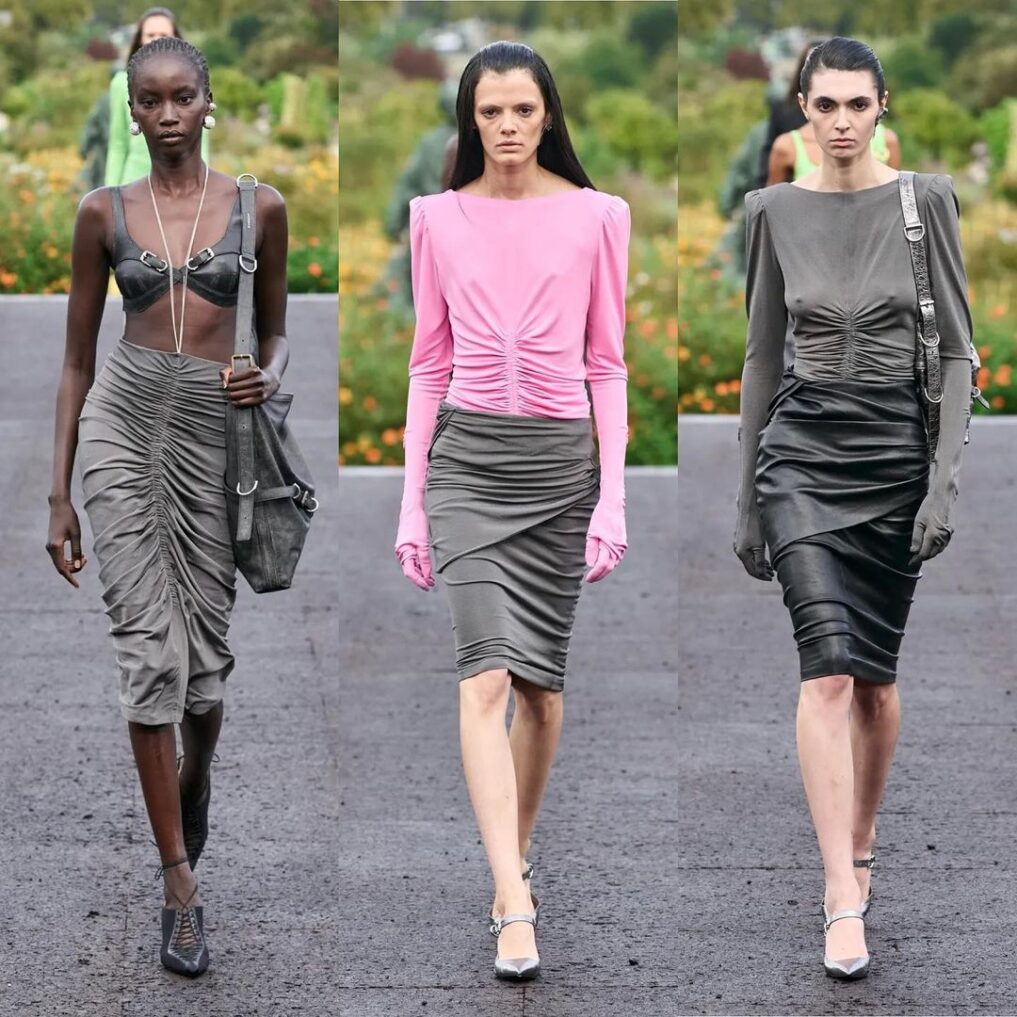 Givenchy SS223 RTW which was displayed at Paris Fashion Week. For spring/summer 2023, Givenchy’s Matthew M. Williams combined the classic Parisian legacy of the French fashion brand with the American workwear he grew up with in California.

The show which was held in Paris’ Jardin Des Plantes was indeed a beauty to behold, even though audience had to use umbrellas and watch under pouring rain, the show had to continue.
Although models wore strappy bras, denim, and updated versions of Audrey Hepburn’s LBD, many of the designs, like the 90s cargo shorts, felt ill-fitting and outmoded.

The fashion house started with a pencil-thin black tweed bolero cut an artistically bizarre silhouette atop the minidress, which was paired with Matrix-inspired sunglasses. Other designs had details that suggested thick organic sinews or human ribs, such as ruching on a silken top or draping on a fluid skirt.

As the show went on, some silk and asymmetrical cowl floor length gowns were on display, many of which was made for a specific body size. 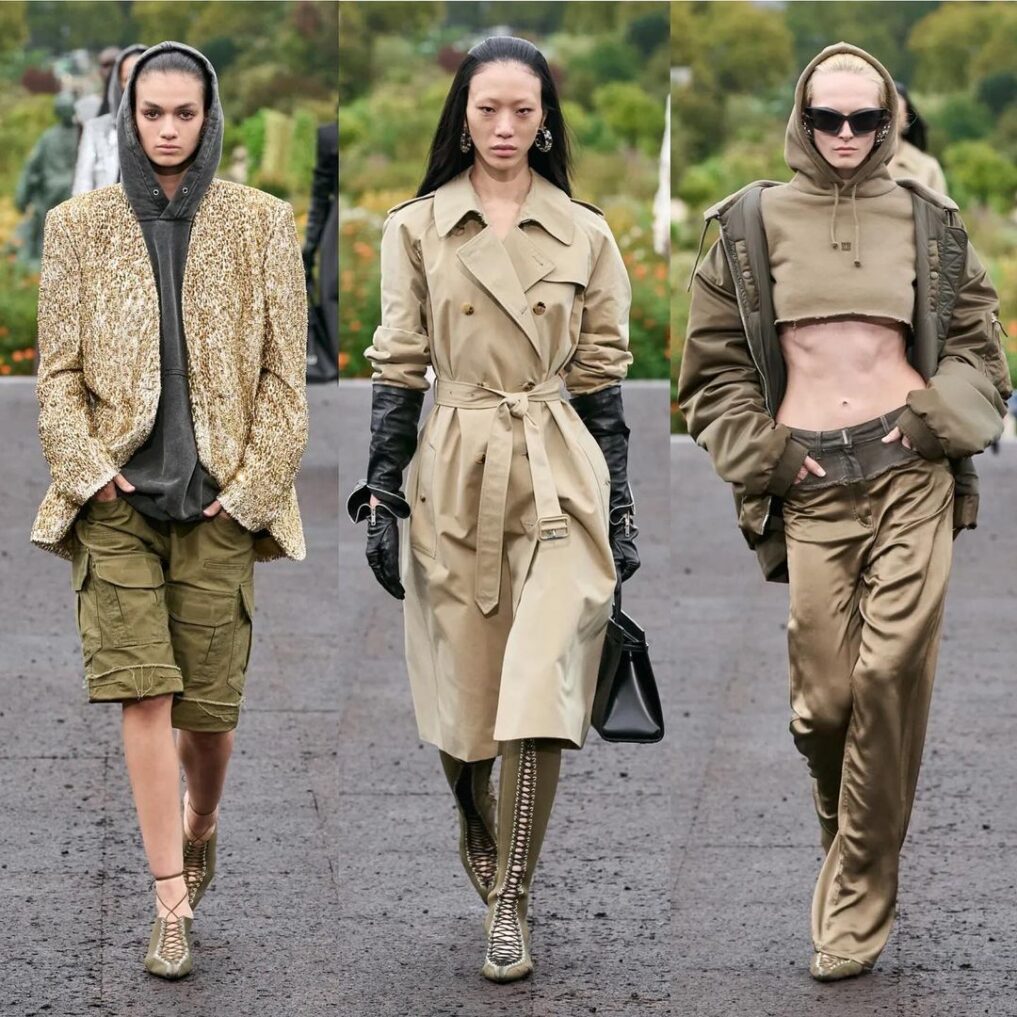 The footwear was another important detail of the whole outfit as it brought about the mixture of both old times and new age with the pointed fish mouth and straps going all the way up. 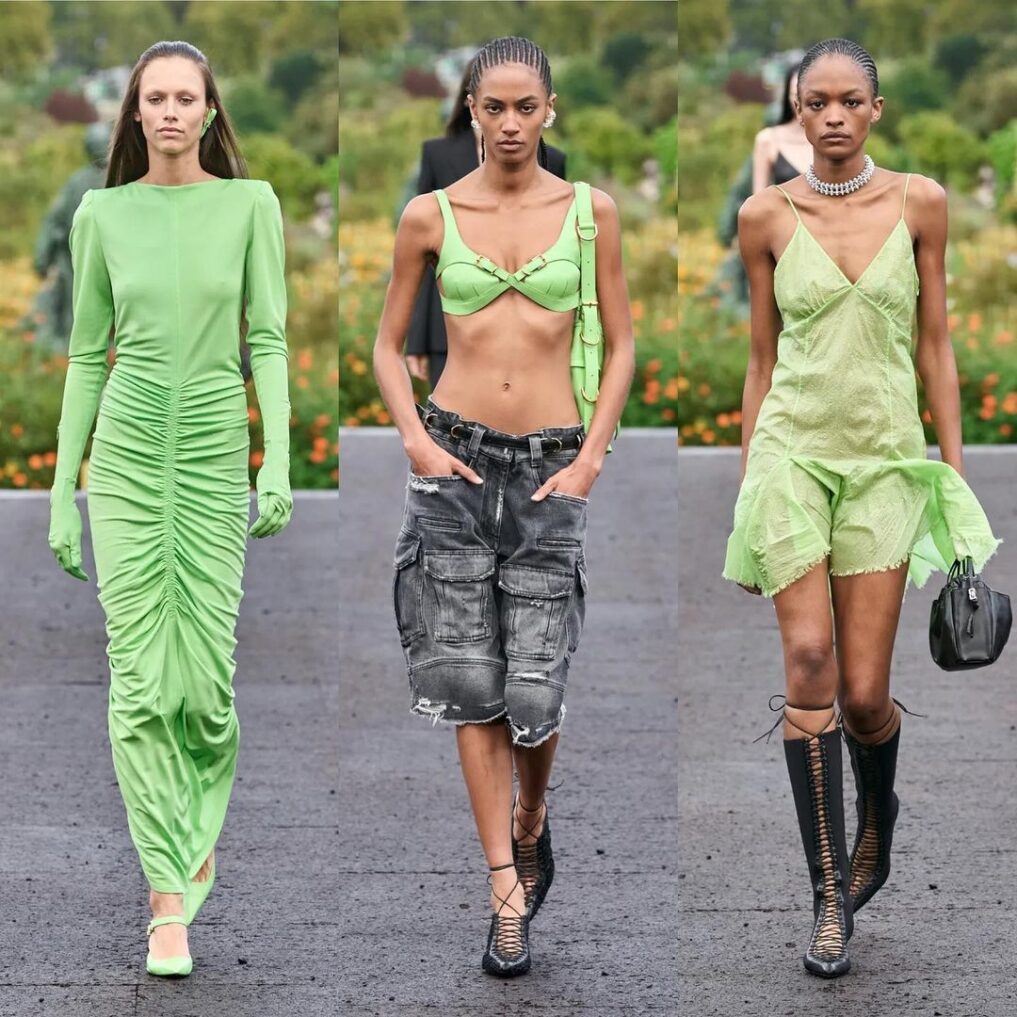 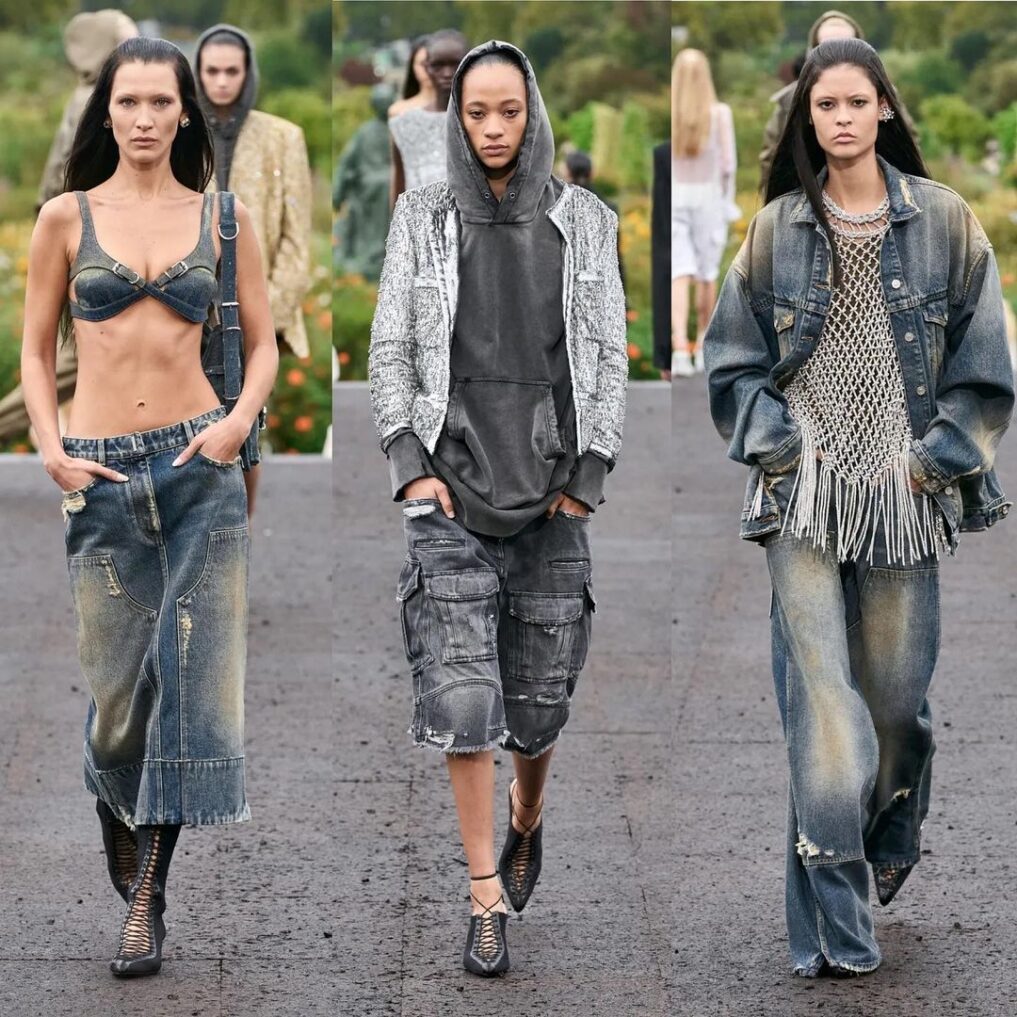 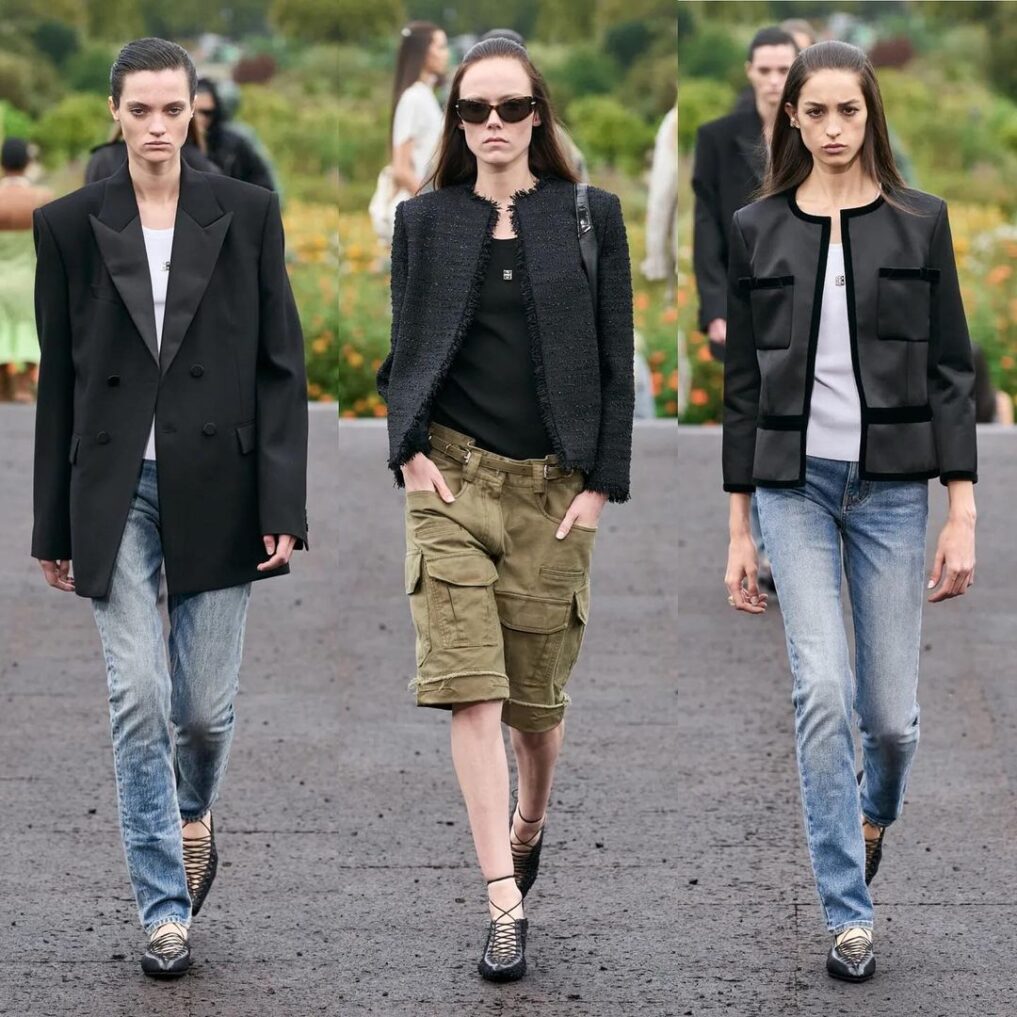 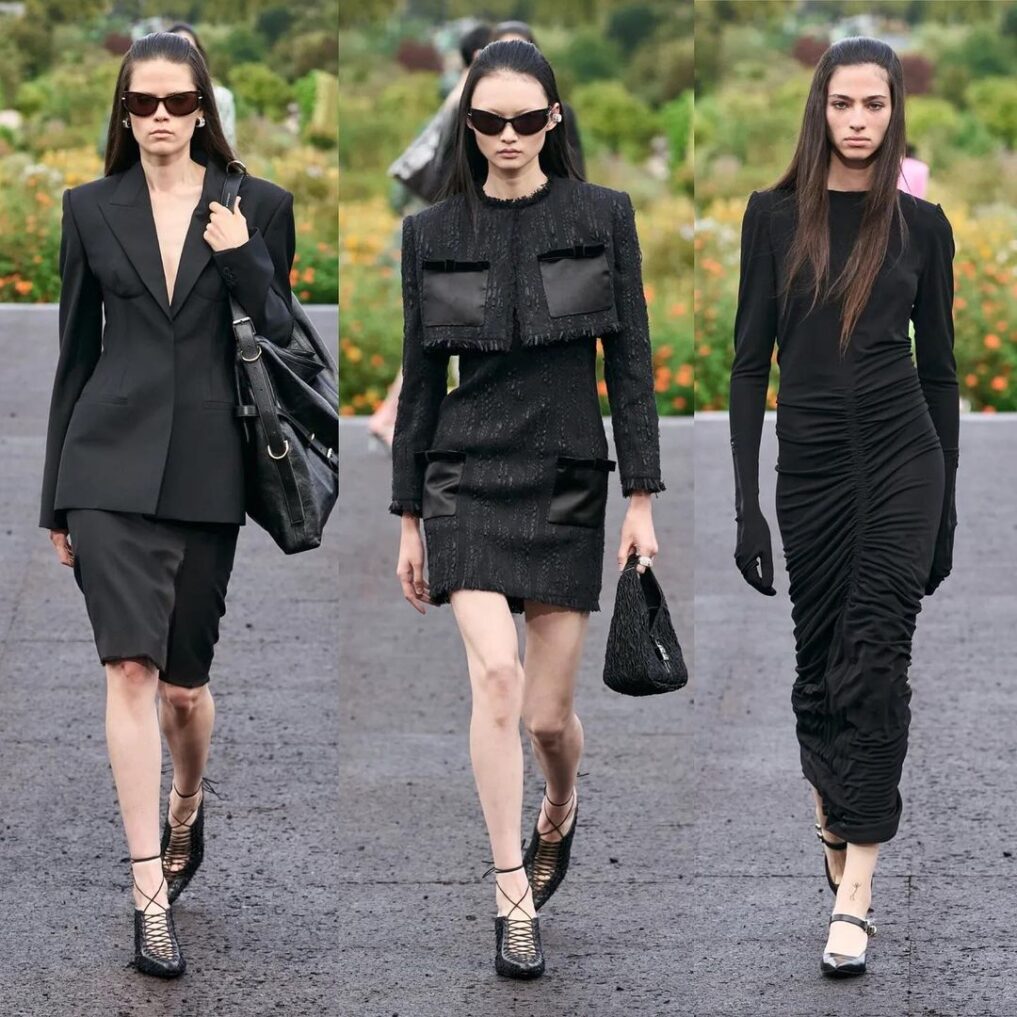 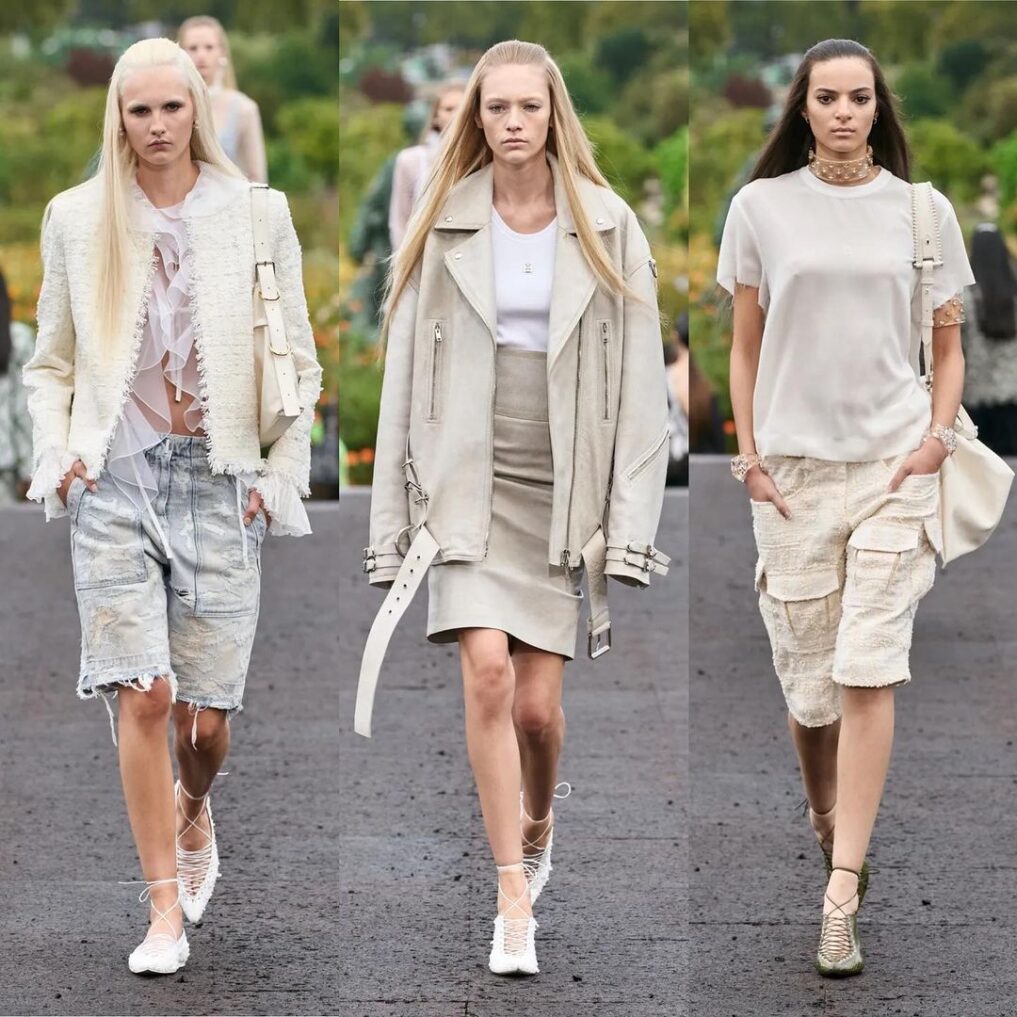