The 39-year-old shared a picture of himself in the middle of six women all dressed in bikini.

“Good morning my neighbours,” he wrote on Monday. 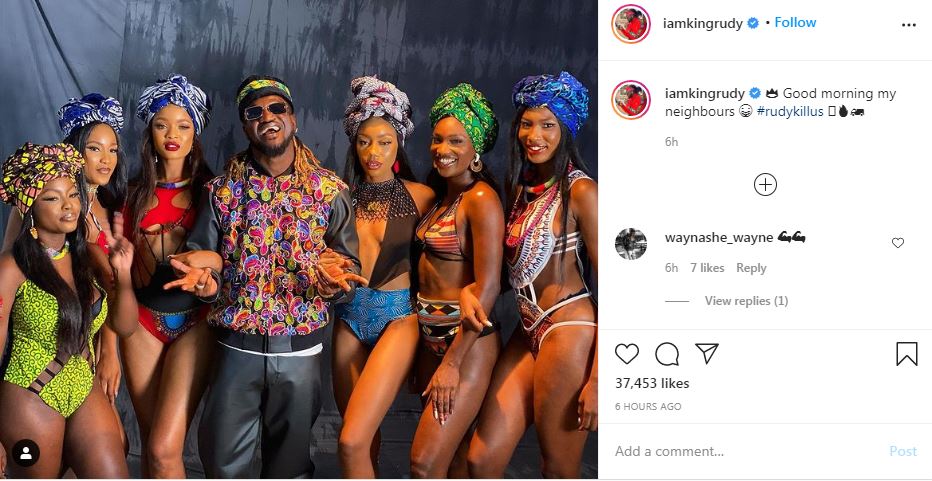 Pretty Mike had on November 21 showed up with six pregnant women to Williams wedding.

He alleged that the women were expecting his babies. 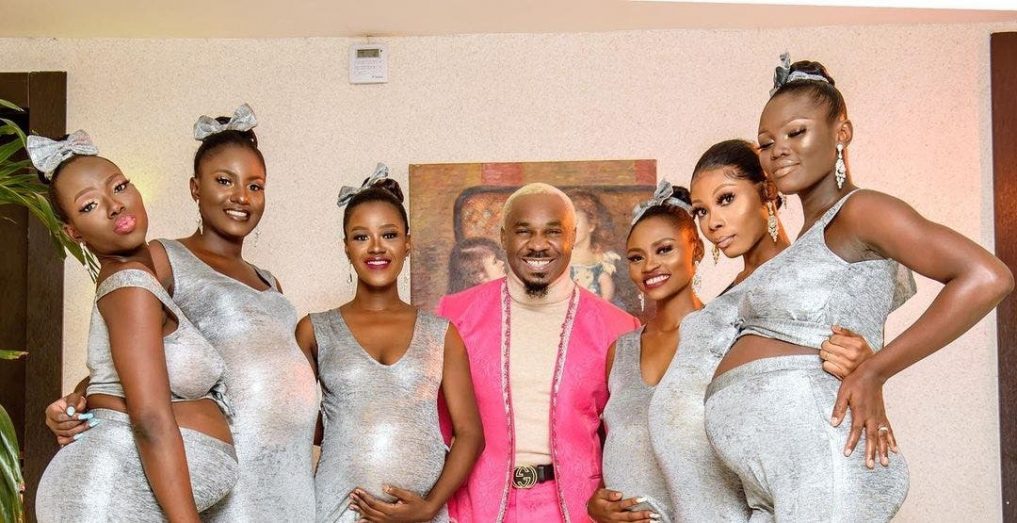