Laura Ikeji Kanu, Linda Ikeji’s younger sister, has made a stir online after revealing how her footballer husband, Ogbonna Kanu, cheated on her with her best friend.

On a recent episode of the reality show Real Housewives of Lagos, she revealed this shocking admission about her marriage.

During a conversation with the other cast members, she revealed that her husband had an affair with her closest friend. 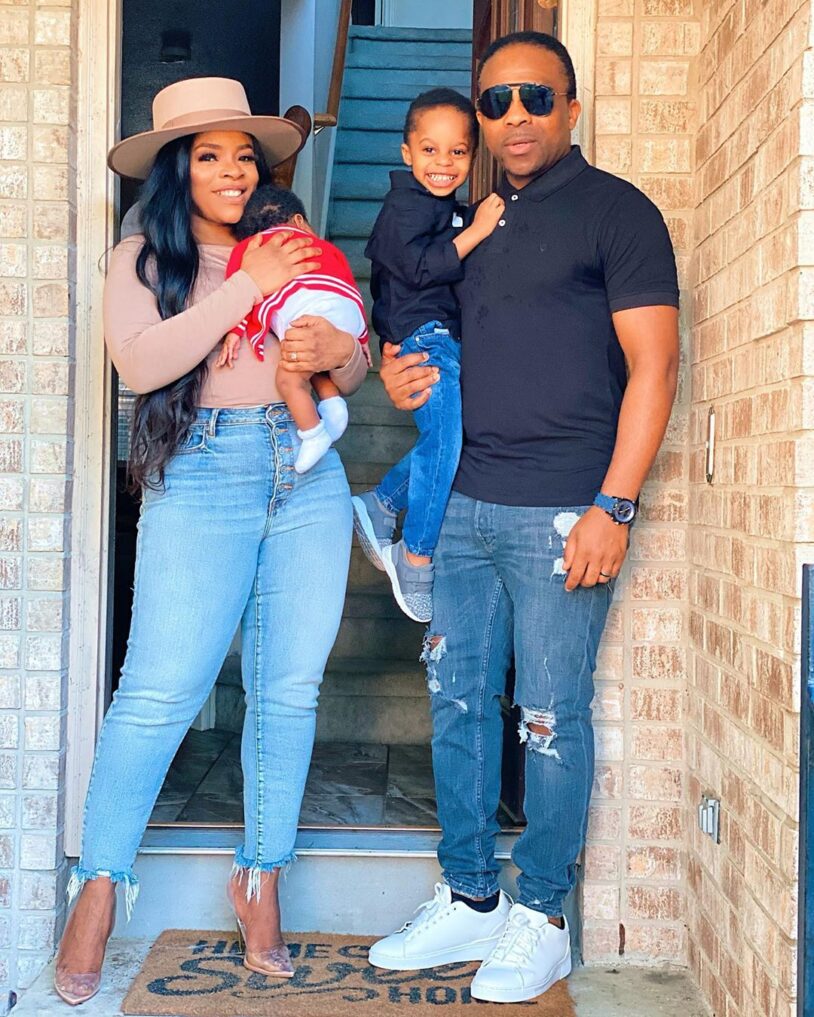 This was, however, when they were still dating.

Laura Ikeji was recently called out for potential fraud.

Gistlovers published messages from people who claimed to have been duped after depositing money with the company she supported.

She was also accused of removing the impacted people’s comments in order to avoid queries and complaints from them.

“STOP PATRONIZING WHAT INFLUENCERS POST UNA GO SAY NO, THEM DON SCAM UNA FINISH UNA GO ENTER MY DM, HOW NOW?? THE MOST ANNOYING THING BE SAY THOSE WEY POST THE ADVERT NO GO ADDRESS ANYTHING. THEY MOVE ON LIKE NOTHING HAPPENED, SUCH NON CHALLANT ATTITUDE TOWARDS PEOPLE HARD EARNED MONEY, DEAR LAURA KINDLY RETURN THIS PEOPLES MONEY, YOU DON’T WANT TO GO THIS WAY, I SWEAR YOU DON’T, THAT BELLE WEY DEY YOUR STOMACH I GO USE VAWULENCE COMOT AM NOW, THEM SWEAR FOR ALL OF UNA?? ABI OGUN WAN KEE UNA, GLB NATION MAKE UNA DEY STAY ONE PLACE TOO, NO DEY REP ALL THESE HUNGRY INFLUENCERS, LINDA COME CARRY YOUR SISTER NOW BEFORE BROKEN BOTTLE HIT YOUR FAMILY AS A WHOLE, NO SAY I NO TELL UNA, RETURN THIS PEOPLES MONEY, I COME IN PEACE.”

Lady Who Slept With Dog For N1.7million in Lagos Opens Up

” With All The Cosmetic Surgery, She Still No Fine” – Netizens Criticize Laura Ikeji Over New Chin