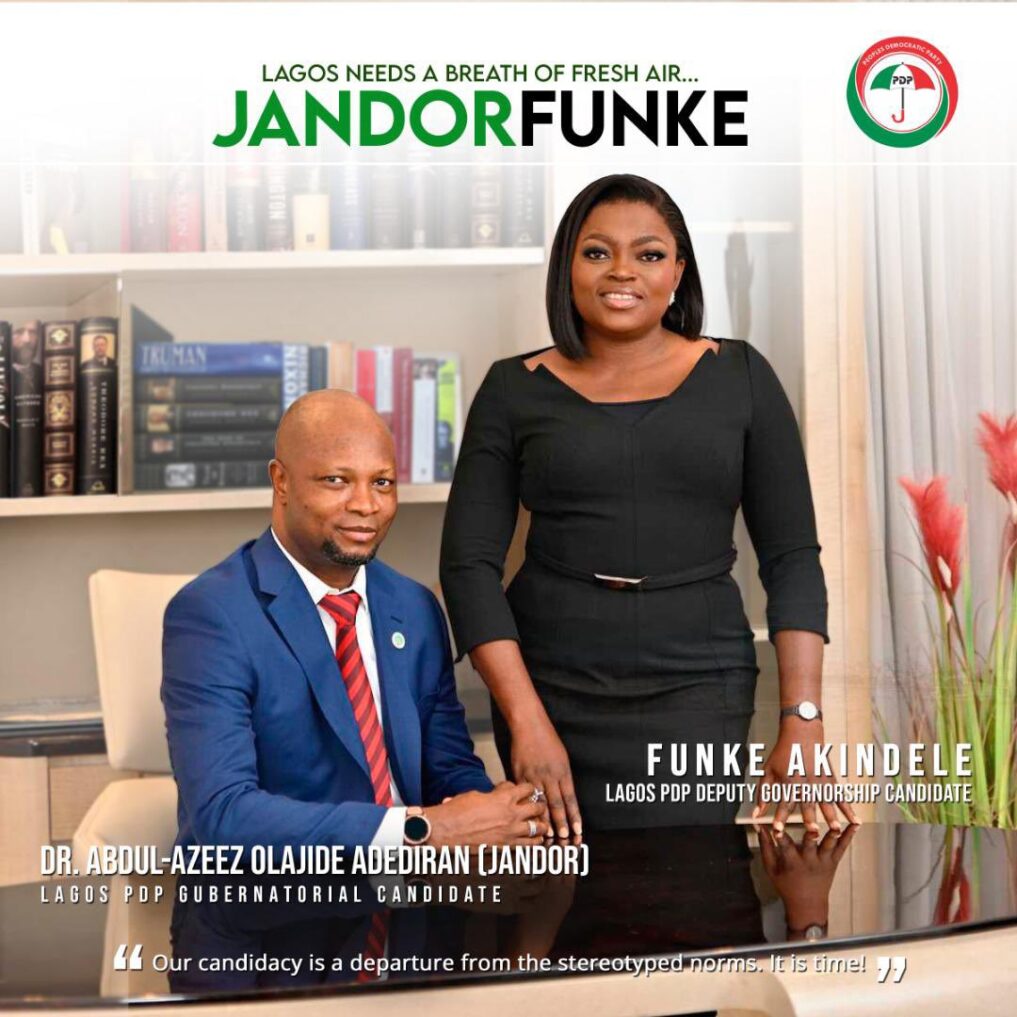 In a Twitter thread on Tuesday, Adediran confirmed Akindele’s deputy governorship candidacy and also noted that will add more value to his candidacy in the 2023 general elections.

“I appeal to the entire populace to work with me and my running mate, who will add more value to my candidacy.

“My choice running mate is from the clear understanding of the task ahead and the need to work with a co-visionary with shared passion for the emancipation of the good people of Lagos.

“This journey demands focus, resilience and tenacity. My running mate is someone who is large-hearted with a well-known history of service and advocacy.

“An Ikorodu-born success story who has, through several of her projects, positively transformed our society.

“I am proud to present Barrister Olufunke Ayotunde Akindele as my running mate and the Deputy Governorship candidate of the People’s Democratic Party in Lagos for the 2023 general elections.

“Together, we will serve and offer you a breath of fresh air.”

Meanwhile, Akindele-Bello confirmed her candidacy in a video earlier released on her official Instagram page. She also noted that she is suspending her acting career to take on her new assignment. Read here

READ ALSO: “I could have spoken to Sound Sultan more” – Burna Boy reveals