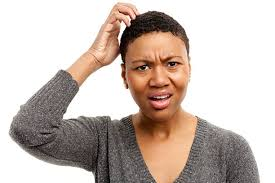 The popular Nigerian slogan ‘Things Dey Happen Sha‘ is indeed not just a slogan as crazy things are actually happening.

A Twitter user by the name @esiyonce has taken to her page to narrate how a guy she just met barely 48hours asked for financial support from her.

Read Also: Ankara Style You Can Sew This December

According to the lady, she said that she met the man through a mutual friend and they were supposed to go on a date.

However, moments after they exchanged contacts and started talking, the man asked her to help him with transport fare to go see his dad, and when she didn’t oblige, he canceled their date.

She turned down his request for money, telling him to ask people he’s known for long to help him.

Sharing a screenshot of their chat, Esiyonce revealed she also blocked him after he canceled their date because she refused to help him with cash.

“Met him through a friend, and within 48 hours, he asked for tfare to go see his dad! I refused, then he declared he didn’t want to meet me again. Lagos is not for the faint hearted ,”

Read their chat below; 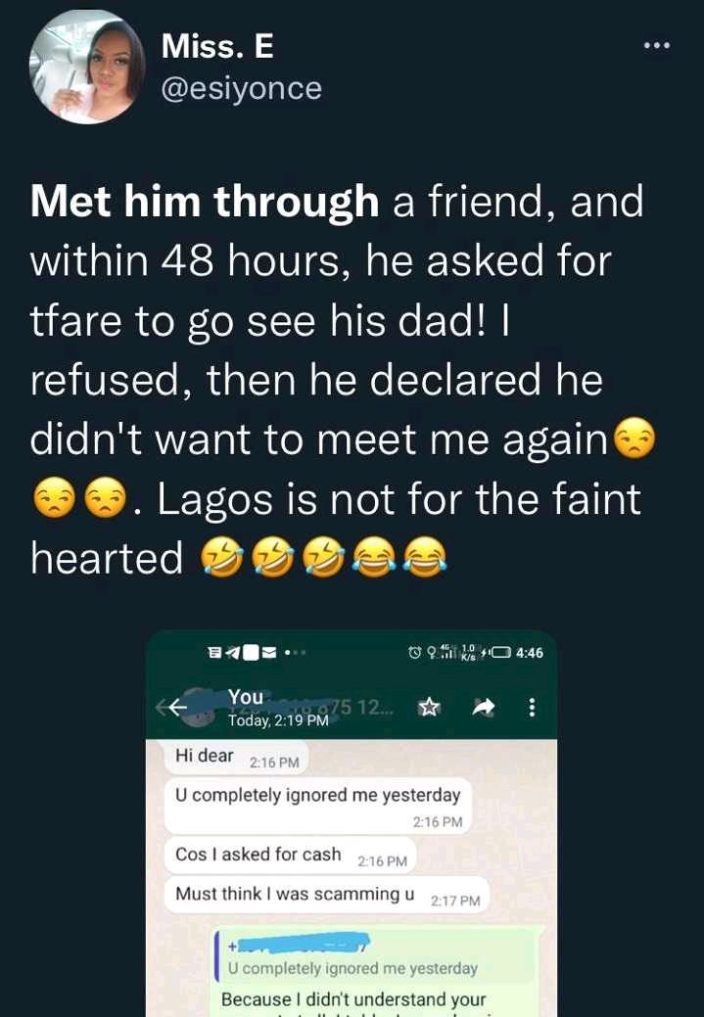 Glam Look Of The Day: Nancy Isime Is A Beauty In White