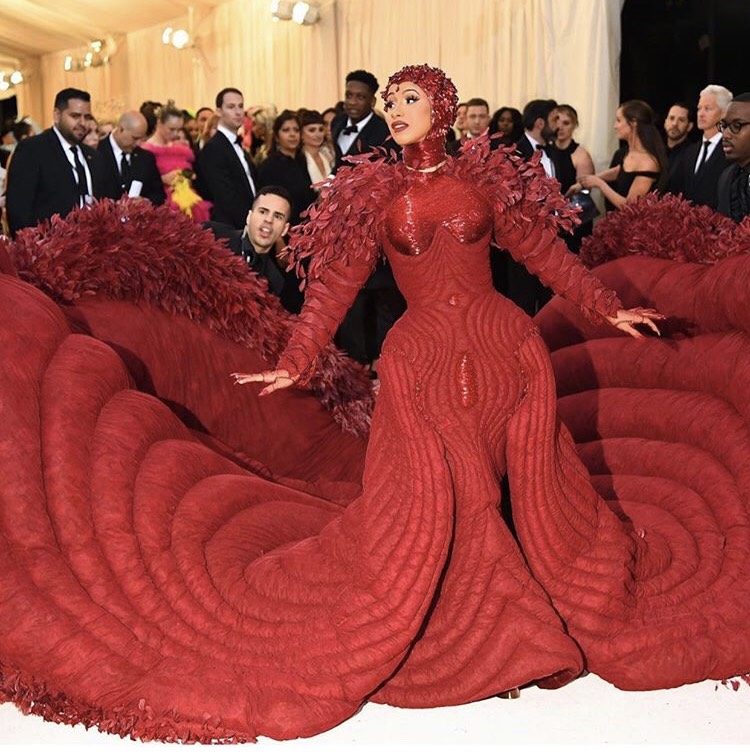 Lady Gaga, Cardi B, Zendaya, Katy Perry and Kim Kardashian amongst other stars had iconic red carpet fashion moments at the Met Gala on Monday night.

The Met Gala, an annual benefit event for the Costume Institute at the Metropolitan Museum of Art in New York, is considered one of the world’s biggest fashion events.

This year, the theme was ‘Camp: Notes on Fashion’, inspired by photographer Susan Sontag’s 1964 essay, ‘Notes on Camp’.

Singer Lady Gaga began the night by arriving in a billowing pink outfit, which transformed into a long black dress and then, a lingerie piece on the pink carpet.

Cardi B, on the other hand, wore a custom burgundy Thom Browne floor-length gown with a train that basically covered most of the carpet.

The reality star, Kim Kardashian West wore a beaded latex Thierry Mugler dress. The dress was designed by Mugler himself who had not designed in 20 years.

Describing the dress, she said: “This is the first time in 20 years Mr. Mugler has designed for the House of Mugler. So to come and design this gown for me is such an honour.

“This is about eight months in the making. He envisioned me this California girl stepping out of the ocean, wet, dripping.”

Actress and singer, Zendaya showed up in a bold blue gown with her stylist, Law Roach – who was incidentally dressed as her fairy godfather – began waving a wand that emitted dramatic wisps of smoke and slowly began to light up her dress from top-to-toe.

However, while other stars brought their A-game, Beyonce and Rihanna were absent from the event which has been trending worldwide. "It is Not a Crime to be a Prostitute" - Nollywood Actress, Nse Ikpe-Etim