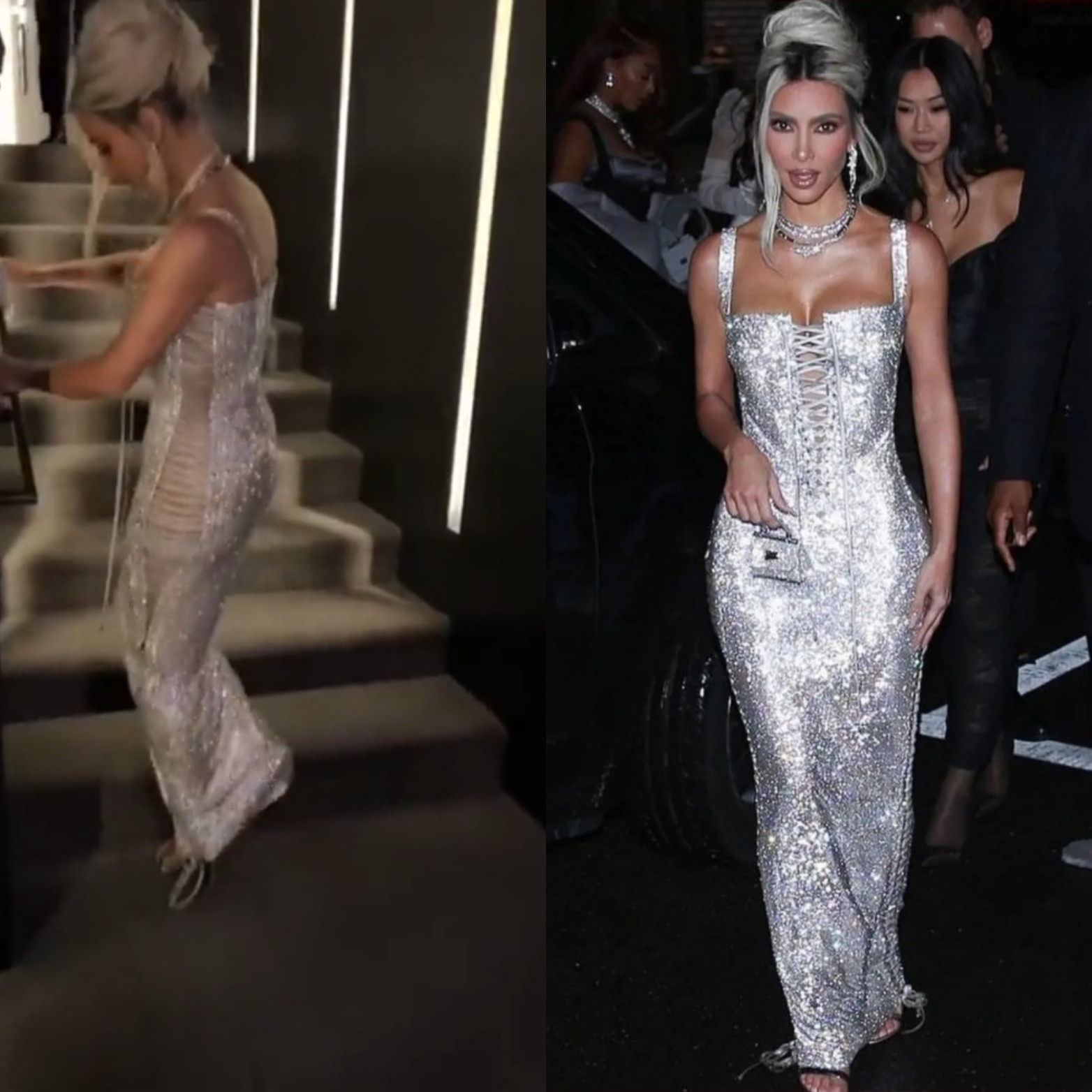 Kim Kardashian has been mocked by fans after she was seen struggling to walk up a flight of stairs in her Dolce & Gabbana dress, glamsquad reports

The 41-year-old reality star attended Milan Fashion Week over the weekend for the debut of her collection, “Ciao Kim,” for Dolce & Gabbana.

For the official Dolce & Gabbana afterparty, she wore a floor-length silver sequin dress, which featured criss-cross ties on the sides and front.

She completed the look with silver jewellery, a purse, and silver stiletto heels.

On TikTok, Kardashian’s friend and the former assistant of Kardashian West Brands, Stephanie Shepherd, shared a video of the Skims founder while she was attempting to move in her couture gown.

In the video, Kim is seen hopping as she couldn’t walk in the tight dress. She also hopped up the stairs while holding onto the railing.

The video has been viewed by millions of people. Many are mocking her for choosing to wear an outfit that makes her uncomfortable

Alec Baldwin Pens Appreciation Note To His Family, Says They ‘Kept Me Alive’ After My Heart Was Broken