Entertainment
1 week ago
by Timilehin Amusan
0

Kim Kardashian has been granted a restraining order against a stalker who claims to be married to her, calling her ‘wife’ and sending her a Diamond ring.

Kim Kardashian has been granted a temporary restraining order against a man who has allegedly come to her house multiple times, calls her his “wife” and even sent a ring.

Jomonie Victor Zigler first made contact with Kim in December making multiple visits to her home only to be stopped by security, He do post explicit messages about her online and referring to her as his wife.

In the docs, filed by Kim’s attorney, Shawn Holley, Kim claims Zigler has also sent items to her home including a diamond ring and keys to a hotel room.

Kim says Zigler has a criminal history that includes firearms and threats she says his actions have caused emotional distress for her. 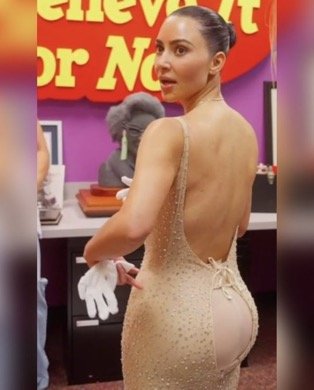 Apparently, a judge agrees, because they signed off on the temporary restraining order against the 28-year-old until a hearing, scheduled for next month.

Kim was granted a 3-year restraining order against another guy named Charles Peter Zelenoff back in 2021 after claiming he was obsessed with her, expressing odd desires to be together, and even sending a diamond ring as well as Plan B.