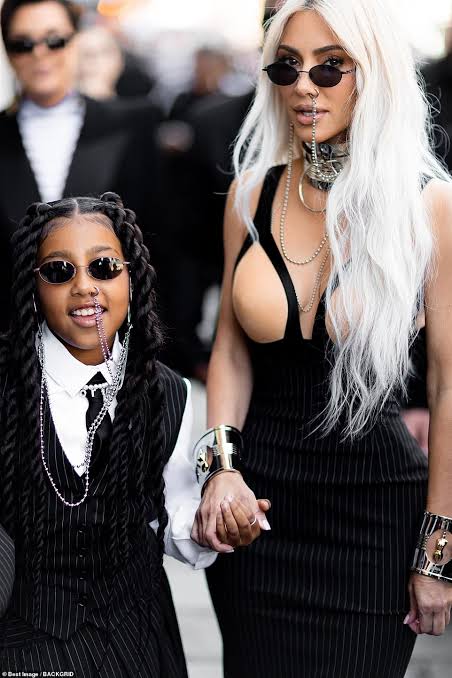 Glamsquad reports that fashion chameleon, Kim Kardashian and her daughter, North West, are in Paris for Fashion Week.

We say North West is officially the coolest nine-year-old as she wore a matching nasal accessory with her mum to attend the Jean Paul Gaultier Fall Winter 2022/2023 show on Wednesday, 6th July.

READ ALSO: See How Capt Demuren Celebrated His Better Half, Toolz On her Birthday

The duo each wore a silver nose ring that connected to an earring chain and subsequently draped across the chest like a necklace and matching sunglasses.

The SKIMS mogul showcased her vixen look in a skintight dress with nude breast panels, plus metallic accessories in the form of a choker and cuff bracelets.

North’s outfit was also formed from the pinstriped material as her mother’s.

The Kardashian matriarch, Kris Jenner was also in attendance for the show. She wore the designer’s iconic nautical blue stripes under an oversized black blazer with pointed shoulders.

See the pictures below, 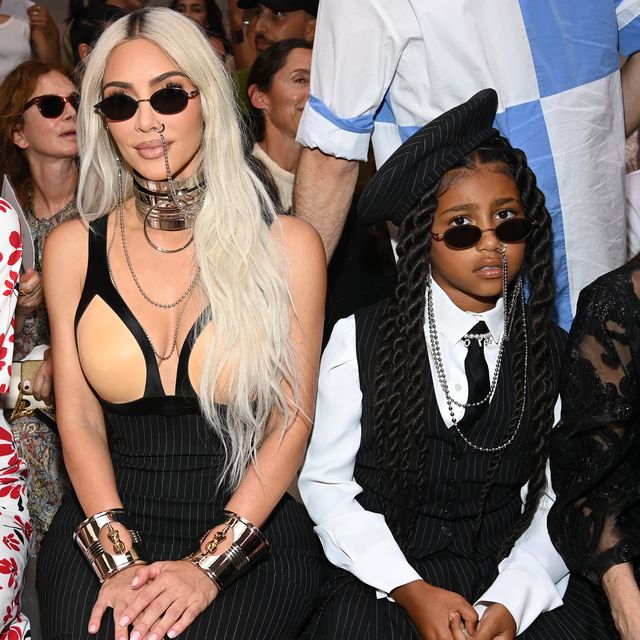 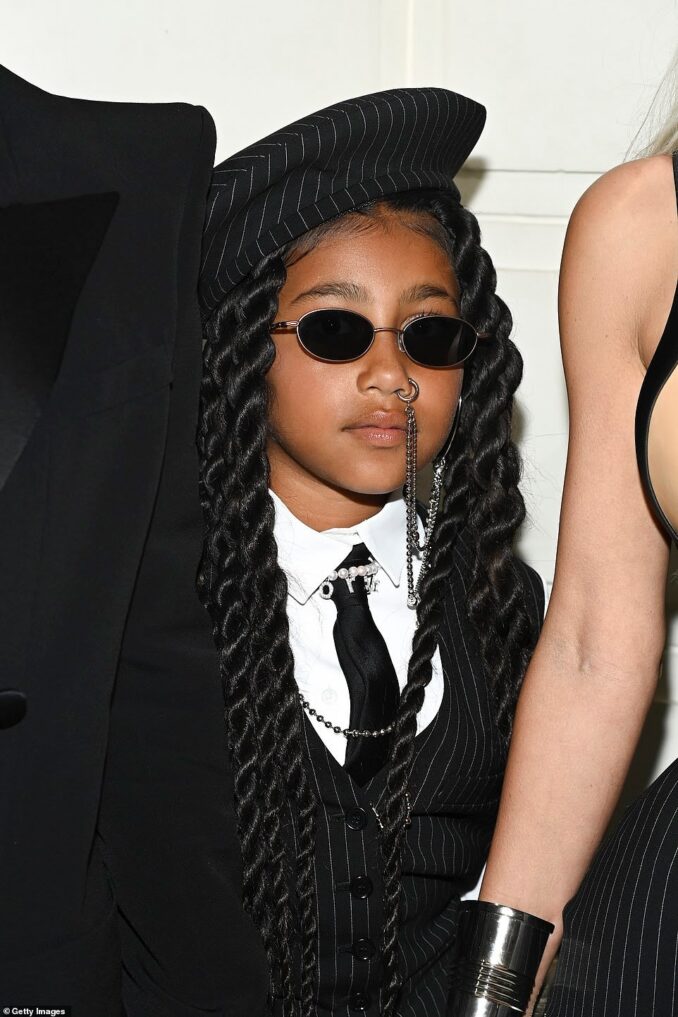 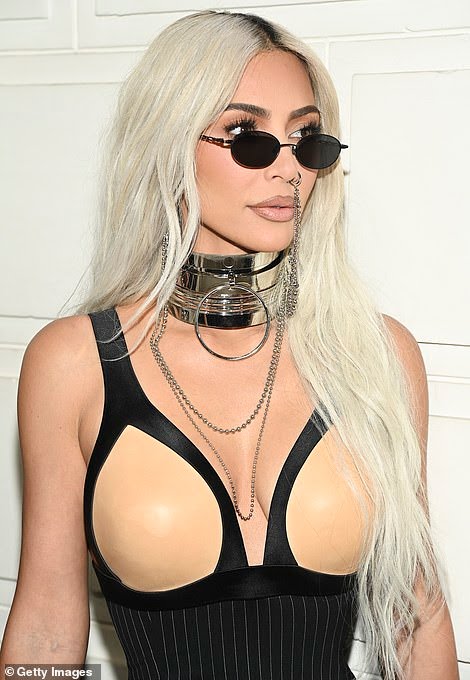 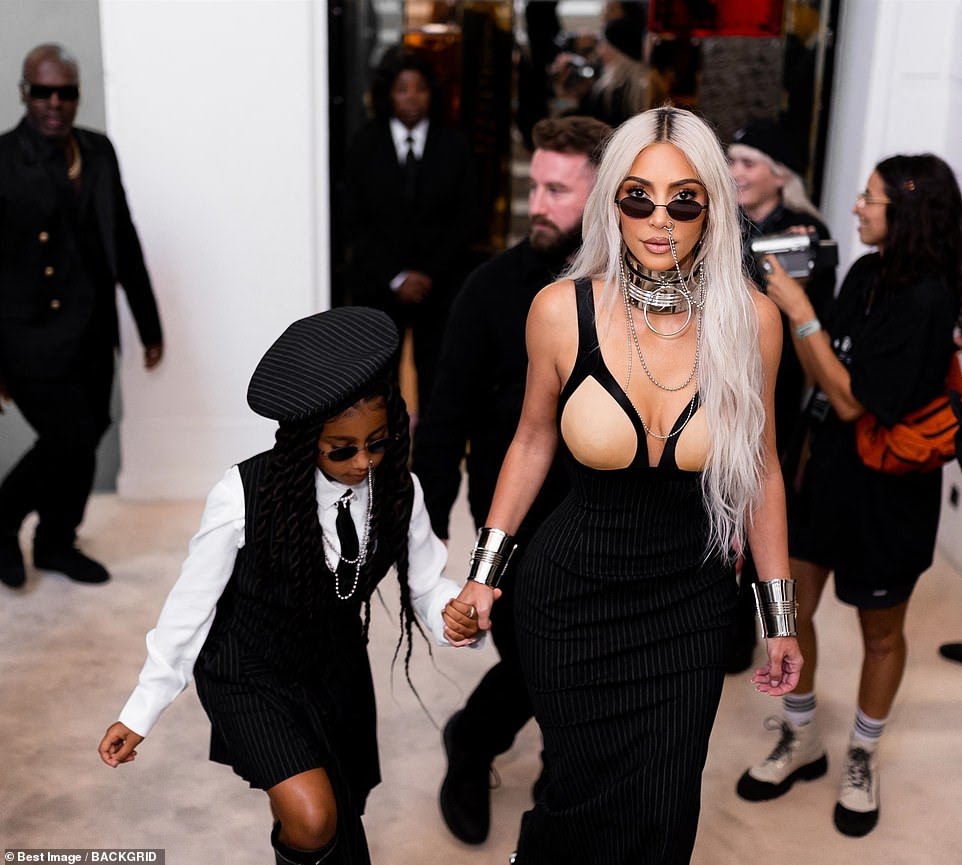 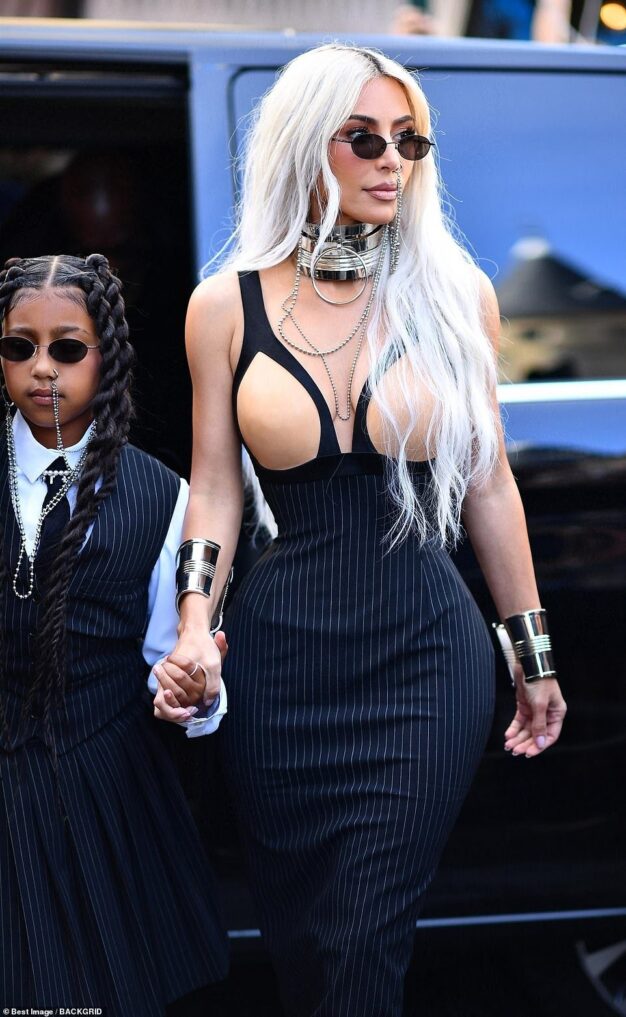 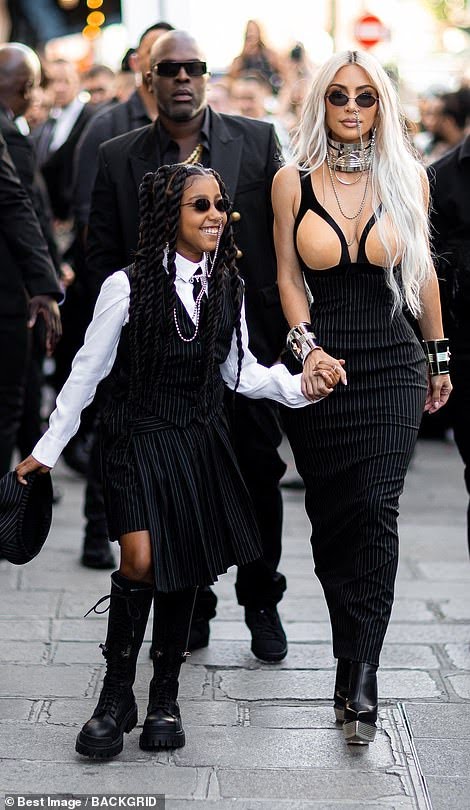 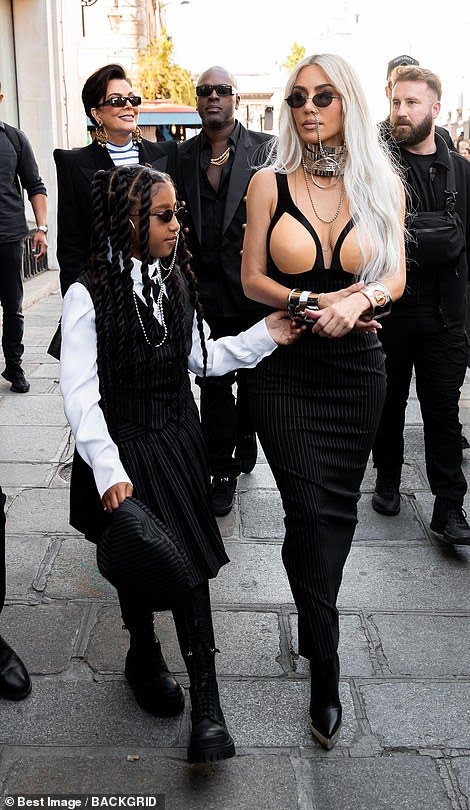 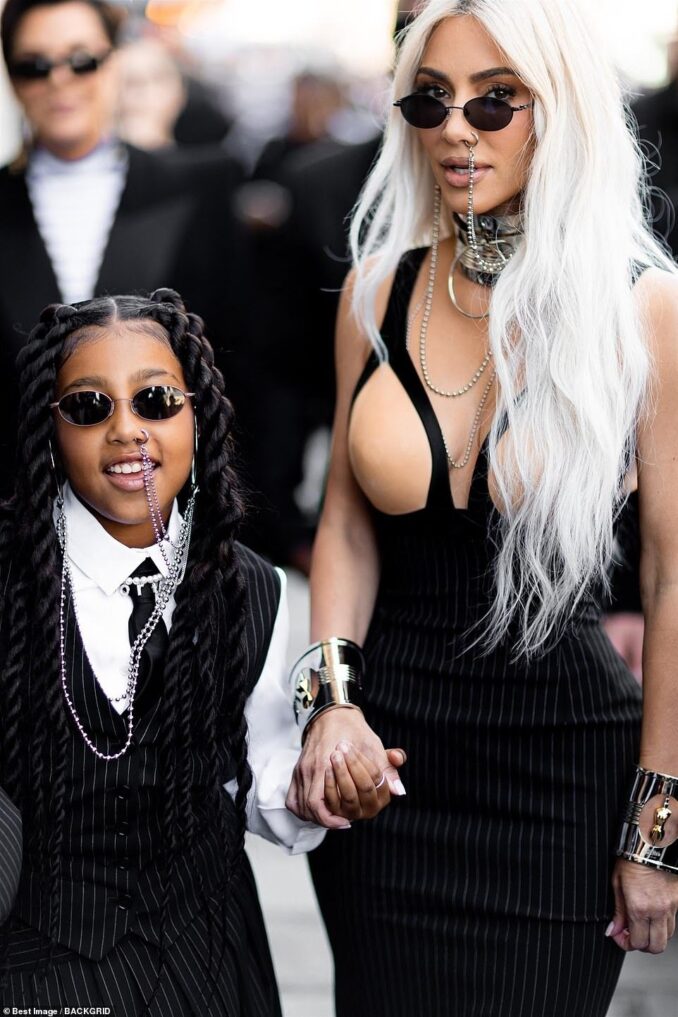 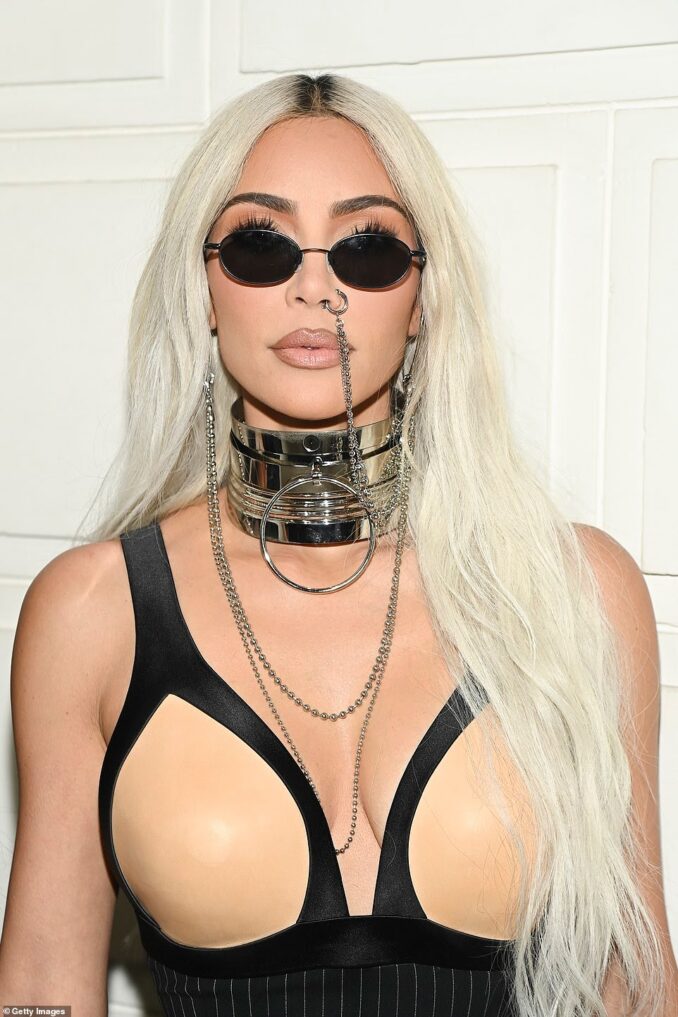 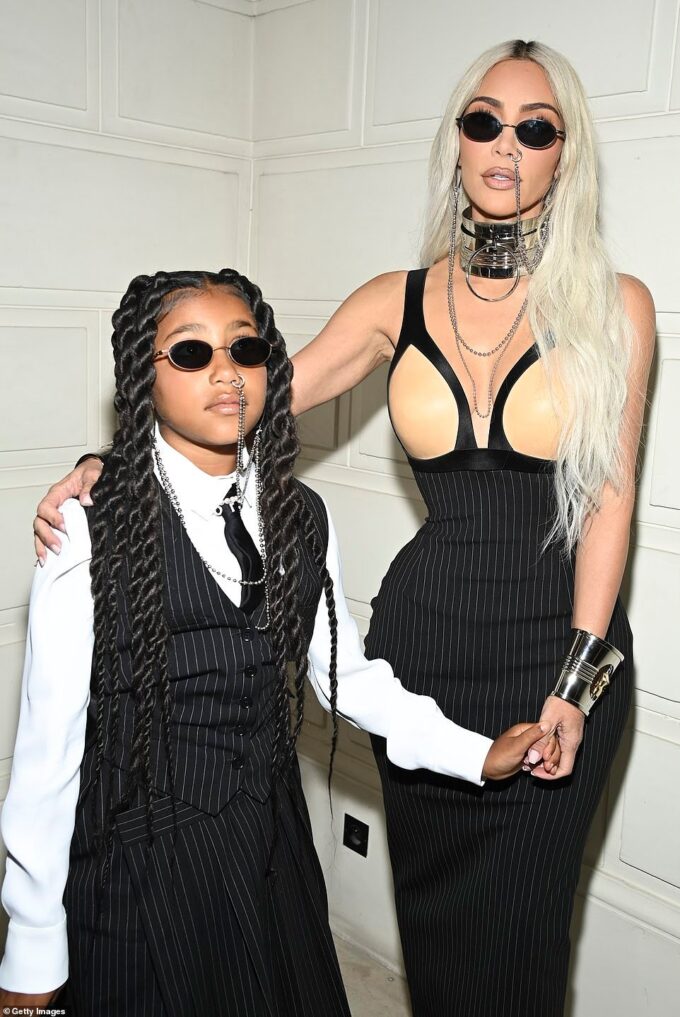 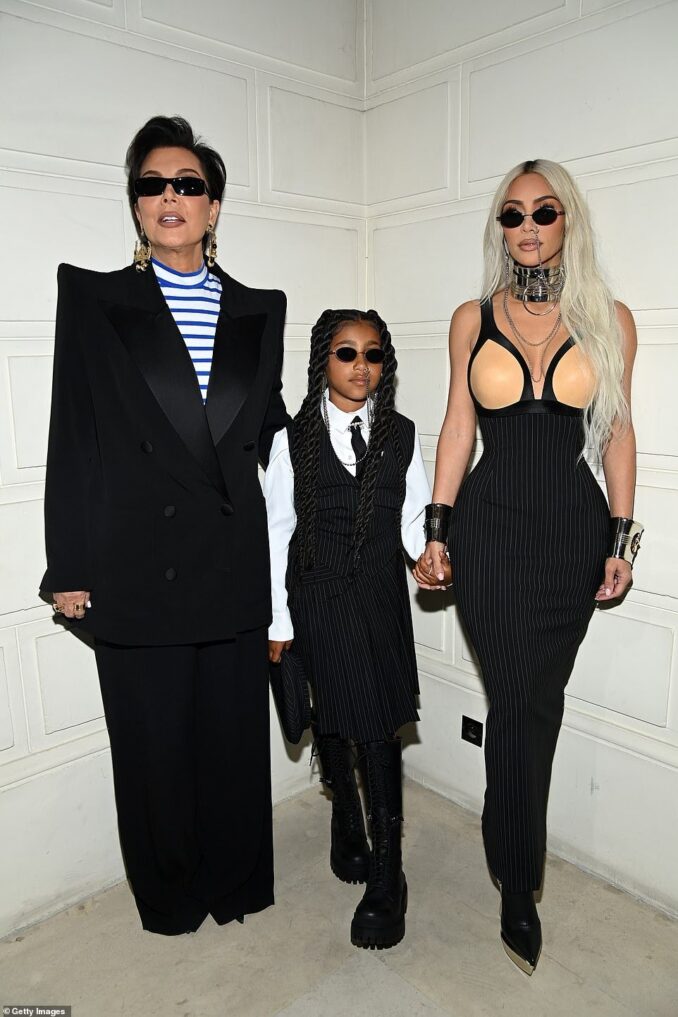 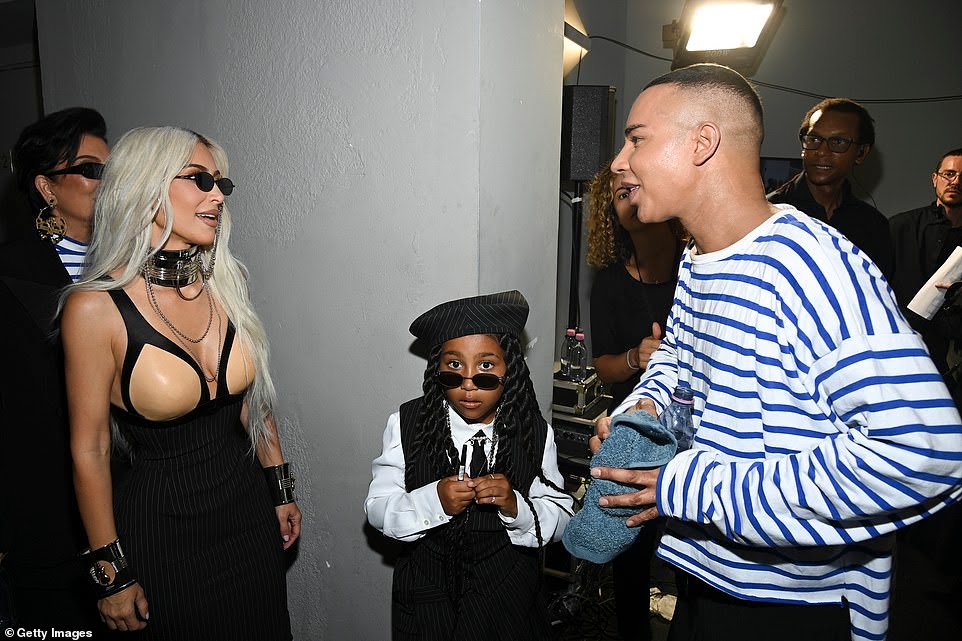