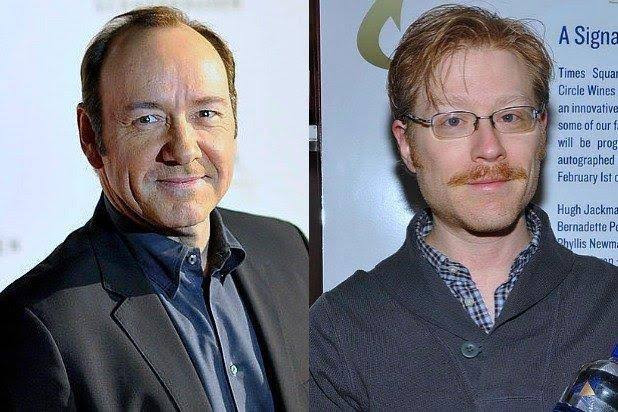 Kevin Spacey, the Oscar-winning actor, is set to go on trial in New York on Thursday, October 6 in a civil lawsuit alleging he sexually assaulted actor Anthony Rapp 36 years ago, glamsquad reports.

READ ALSO: The World Should Step Out Of Will Smith And Chris Rock Beef, Let Them Recover &#8211; Kevin Hart Says

Anthony Rapp is suing Spacey in New York, alleging that the actor inappropriately touched him at a party in 1986 when he was 14 years old. Spacey, 63, is also facing five charges of sexual assault in the United Kingdom.

According to a Buzzfeed article from October 2017, Rapp met Spacey when he was around 26 or 27 years old at a party at his Manhattan apartment.

Spacey, according to Rapp, picked him up, placed him on a bed, and lay partially on top of him.

“I was aware that he was attempting to have sexual relations with me,” Mr Rapp said.

According to his lawsuit, the alleged encounter lasted no more than two minutes and included “no kissing, undressing, reaching under clothes, or sexualized statements or innuendo.”

Spacey has denied the accusations leveled against him.

READ ALSO: Meet Jonathan Lee: The Man Who Sued The Guinness World Record For Giving Him An Award

Both Rapp, now 51 and an actor, and Spacey are expected to be in the Manhattan federal courthouse on Thursday when the trial begins with jury selection.

Spacey, whose real name is Kevin Spacey Fowler, is accused of battery and intentional infliction of emotional distress in a lawsuit filed in September 2020.

Rapp is reportedly suing for $40 million (£35 million) in damages.

Lewis A Kaplan, the judge assigned to the case, previously dismissed a charge of sexual assault, ruling that the statute of limitations had expired.

Spacey took to social media the day after the Buzzfeed article was published, saying he had no memory of what Rapp described.

“If I behaved as he describes, I owe him my heartfelt apologies for what would have been deeply inappropriate drunken behavior,” he wrote.

“And I apologize for the feelings he describes carrying with him all these years.”

According to the news website Law & Crime, Spacey denied the incident ever happened in a video deposition he filmed with lawyers in January.

Rapp’s account “couldn’t have been true,” he said, because “I am not interested in boys and I do not inappropriately touch people.”

Separate sex assault charges against Spacey, alleging he groped an 18-year-old at a restaurant in Nantucket, Massachusetts, in 2016, were dropped in 2019 after the actor’s lawyers claimed the accuser manipulated text messages on his phone.

A judge ruled in August that Spacey must pay $31 million to the producers of House of Cards for the costs incurred after he was fired from the show.

In July, he pleaded not guilty in London to charges of sexually assaulting three men over a decade ago. The trial is set to start in June 2023.