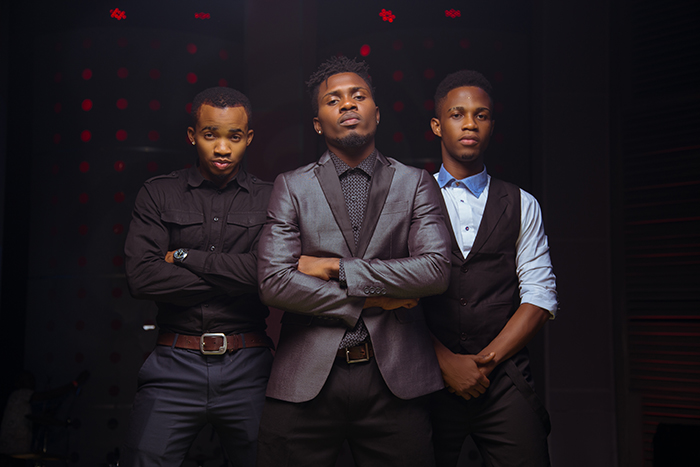 They came, they saw, they conquered! The first season of the ‘Glo Dance with Peter’ competition is finally over and 24-year old, Delta State born Kelvin Ayanruoh emerged victorious at the finale. The competition, which was sponsored by telecommunications giant, Glo, began in August. The company sponsored the show to promote dance culture among Africans and to promote those who would want to go into dance professionally. Auditions were held by Kaffy, Peter of P-Square and Don Flexx who travelled across Nigeria and to Ghana to find qualifying candidates.

After eleven rigorous episodes, the judges pruned the number of contestants to the final seven who battled it out in the grand finale. During the final episode, Kevin emerged winner, leaving Maly and Julius trailing in second and third place respectively.

Other contestants who made it to the finale included Amazing Amy, Da Octopus, G-Xtreem and C-Fly who were voted fourth, fifth, sixth and seventh respectively by followers of the show. These four received consolation prizes from Glo. Guests in attendance also received Glo goodies.

When 24-year Old Kelvin Ayanruoh was announced winner at the just concluded ‘Glo Dance with Peter’ competition, he was spellbound. The Delta State indigene is the second of four boys and loves dancing. A student of Theatre Arts and Cultural Studies at the Nassarawa State University, he says that aside from dance, he also loves soccer and singing.

Kelvin took home a whopping 3 million naira cash prize and a Toyota RAV4. He will feature in P-Square’s next music video. Here’s what he had to say.

Congratulations on winning. How does it feel?

I can’t even explain how it felt. I was frozen stiff when they announced me winner. I was speechless and I am very happy.

Truthfully, I really didn’t train. I just had two weeks of rehearsals with my group and we went on to audition. I ended up being the one here as a solo act, although we made it as a group. The name of my group is “The Elevatorz”.

The experience has been really great; it has been a wonderful journey from the audition stage down to the final. It’s one I won’t forget in a hurry; although, we all had a few troubling stages. I struggled a lot with some of the dance styles thrown at me because I wasn’t able to achieve them perfectly, being more of a hip-hop dancer. All in all, I would just say I’m thankful for it all.

How long have you been a dancer?

I would say all my life, although I started dancing professionally six years ago.

Have you been in any major professional dance competition before now?

Yes, I was in the ‘Maltina Dance Hall’ competition. I partook in a dance competition in South Korea, ‘Nigeria’s Got Talent’ and ‘Malta Guinness Street Dance’.

(Laughs) I have some things mapped out to do, starting with giving 10 percent of it to charity. Then, I will enrol in a proper dance school. As for the rest, I’ll figure it out later (laughs).

I have about three highlights that I will remember for the rest of my life. First, the day I did my ninja routine. It’s special because that was the first time a judge stood on his chair for me. The second is the semi-finals where it was announced that I earned one of the highest votes and, right now, winning the competition.

Was there any person in the house who intimidated you?

No, not really. I felt like I worked hard and made it and wasn’t intimidated by anyone.

I want to say a ‘big thank’ you to Glo for this opportunity and I hope they continue to do this because, it will help a lot of talented people out there to achieve their dreams.

Malaki Osita, a.k.a.  Maly Hot Boy, took the ‘Glo Dance with Peter’ stage with his daunting moves. Although, he didn’t win, he still plans to pursue his dream to further his education and make himself the ultimate at what he does best. The 26-year old Imo State indigene is a fitness instructor and a choreographer for children in primary and secondary school.

He hopes, one day, to also open a dance academy for the next generation. Maly took home 2 million naira cash prize and a Honda Civic car. He also has a chance to dance in a Glo Ambassador’s music video.

I started training two weeks after hearing about the competition, just before I auditioned; I wanted to ensure that I was in top notch shape.

The experience was amazing! Right now, I am really inspired because, along the line, I got a phone call from a 5-year old boy who said he wants to dance like me. I have never gotten that from anybody so, I feel elated and inspired.

How long have you been a dancer?

I have been dancing since I was about 5 years old.

Have you been in any professional dance competition in the past?

Yes, I took part in the ‘Maltina Dance Hall’ competition in 2012. I think that actually really helped me to know what to expect.

My favourite judge is Kaffy. And, it’s not just because I was in her team (laughs).

I would say there are a whole lot of things. Dancing has made me to understand that no matter where you’re from, you can bond with people from all walks of life.

Camping under one roof, one grows to love and understand people. Right now, it’s all about family and they have become family.

I will, first and foremost, take care of some things at home, pay tithe and, then, further my education because I want to study outside the country; hopefully, in England. Then, I would enrol in a dance and music school.

Wow! I would say getting the call back to participate in the show; it was the happiest day of my life.

Ghanaian-born dancer, Julius Fakta, is a final year student. He is studying Social Work at the University of Ghana. Although he was the last Ghanaian standing, he did his country proud, coming third at the ‘Glo Dance with Peter’ competition. Julius went away with one million naira cash prize, a Kia Rio car and opportunity to dance in a Glo Ambassador’s music video.

I have been training for a long time. I actually stumbled on the programme on TV and since I was already training, I decided to audition.

Wow! It has been crazy! Sometimes, it got really tough but when I started finding myself during the process, it got better.

When I newly arrived, the whole thing was weird; like a different environment. Then, my first time on stage was scary but with time, I bonded with my colleagues and I started feeling at home and I could be myself again.

Have you partaken in any professional dance competition in the past?

Actually, yes – but not a major competition of this magnitude. I have been in music videos and taken part in concerts.

My favourite judge was Kaffy. She was and will continue to be my mentor.

I started out as a freestyler. I have been doing freestyle dance for a number of years now and I had never really been given a platform like this to dance in presentation form. I have learnt to dance in a group and blend in and how to perform solo and make it more appealing to whoever is watching.

Back in Ghana, the exposure for dance isn’t very much. I already had plans to help, in my little way, to promote dance in Ghana; so, when this opportunity came to me, it blew me away!  I could finally achieve what I have been planning to do. I could fund it easily through this platform.

(Laughs) I remember my ‘King’ dance in episode 10. That was the moment, I think, I distinguished myself as a dancer on stage. I’m still learning to perform like that and still trying to cope with the nervousness and pressure of performing.

I am very happy about this chance. Back in Ghana, there are other telecommunication networks but Glo has really done it for me. This platform has really bought and built my trust in the Globacom network. Now, I now you can really believe in them and I will make sure everyone at home knows it too.

BBNaija: Peter Okoye promises to give Tacha the prize money whether or not she emerges the winner

[Video] She Stayed With Me When I Had Nothing – Peter Okoye