Kanye West has unveiled his most bizarre pair of Yeezys yet. The rapper, 42, was spotted heading to his office in Calabasas, California, on Tuesday morning, wearing a pair of unreleased bright yellow Yeezy boots.

Kim Kardashian’s husband was well wrapped up for his journey, keeping the hood of his fleece up over his head and covering his face.

But the eye is definitely drawn towards his feet.

Kanye was wearing a pair of unreleased boots from his Yeezy Season 8 collection, but when they finally hit the shelves they might be seen as a bit of an acquired taste.

The bright yellow footwear feature chunky soles and a wide puffy design that makes the feet look bigger than they are.

They haven’t been worn in public before and were previewed last month at Kanye’s Paris Fashion Week show.

The show marked his return to the prestigious fashion event after a three-year hiatus. 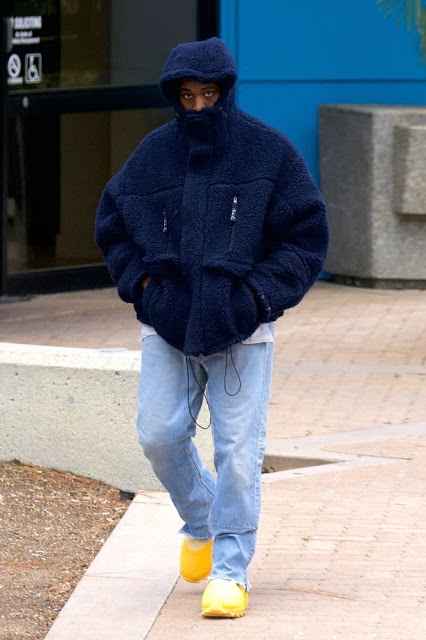 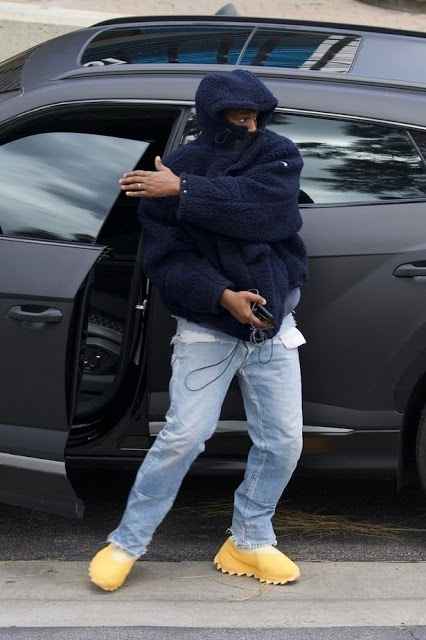 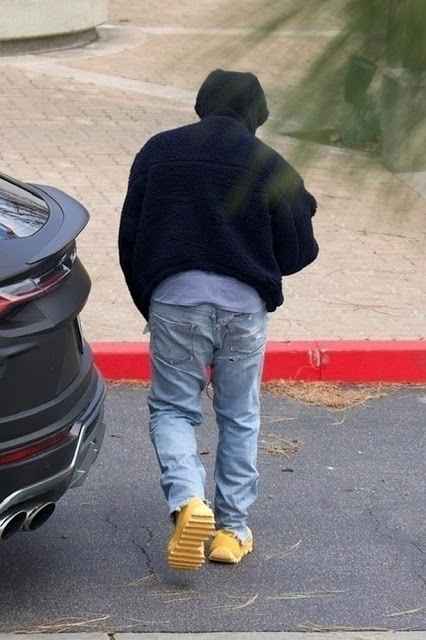 10 Times Celebrities Matched Their Look With An Hermès Birkin Bag