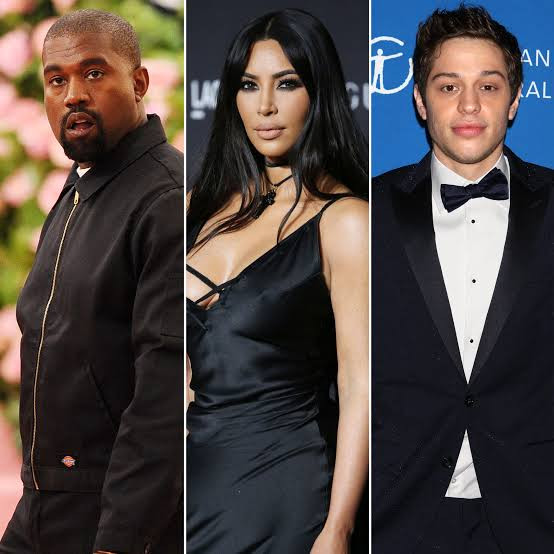 Glamsquad reported that Pete and Kim Kardashian, who is Kanye’s ex-wife just broke up their much-publicised romantic relationship. This happened, despite Pete getting tattoos of Kim and her kids.

According to sources, Kim ended the relationship with Pete because he was “immature”. Read here

During the nine months Pete and Kim’s relationship lasted, Kanye had made known his dislike for Pete and constantly shaded him on social media.

In a music collaboration with The Game, titled Eazy, Kanye who also goes by the name ‘Ye’ threatened to beat Pete up.

“God saved me from that crash / Just so I can beat Pete Davidson’s ass.”

In a post shared on Kanye’s Instagram page on Monday, the father of four had declared Pete (whom he refers to as Skete) dead.

The post on his page read, “Skete Davidson. Dead at age 28.” 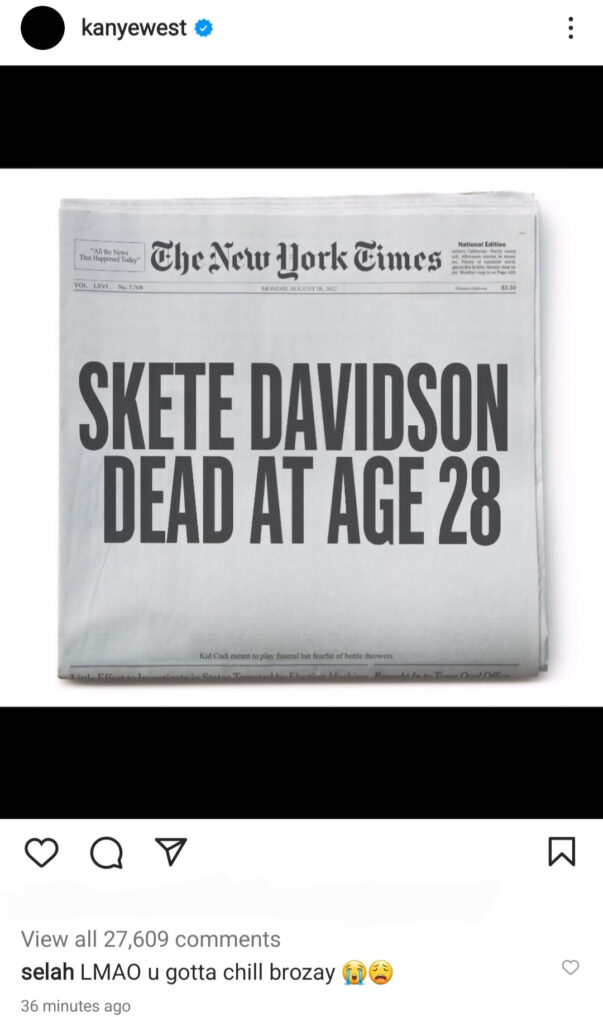 Kim Kardashian filed for divorce in February 2021 after seven years of marriage and four children with Kanye.

While Kanye dated other women after the divorce, he made several public appeals to Kim to take him back and restore their family.

A source told E! News that Kim and Kanye are getting along lately while they are still working out the legal details of their divorce.

“The divorce is moving ahead with Kanye. They are happily co-parenting.”