BBnaija ‘Lockdown’ housemate Ka3na took to her Instagram page on Tuesday, October 6, 2021, where she shared a video of herself showing off her buttocks.
The mother of one had this to say in her caption: 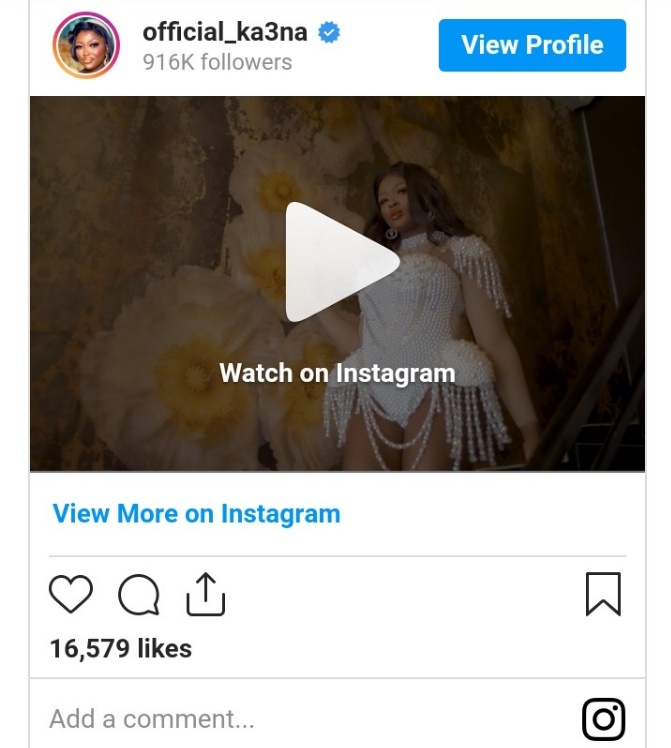 “Says Who😂😂 Small Bum Bum No Dey Shake Anything🙈,”

The video on social media has sparked reaction of both observers, followers and even critics,as they say she has definitely had cosmetic surgery.
Alhough she is yet to confirm the rumours. It has been said that she has joined the impressive list of celebrities in the country who have done a cosmetic surgery. 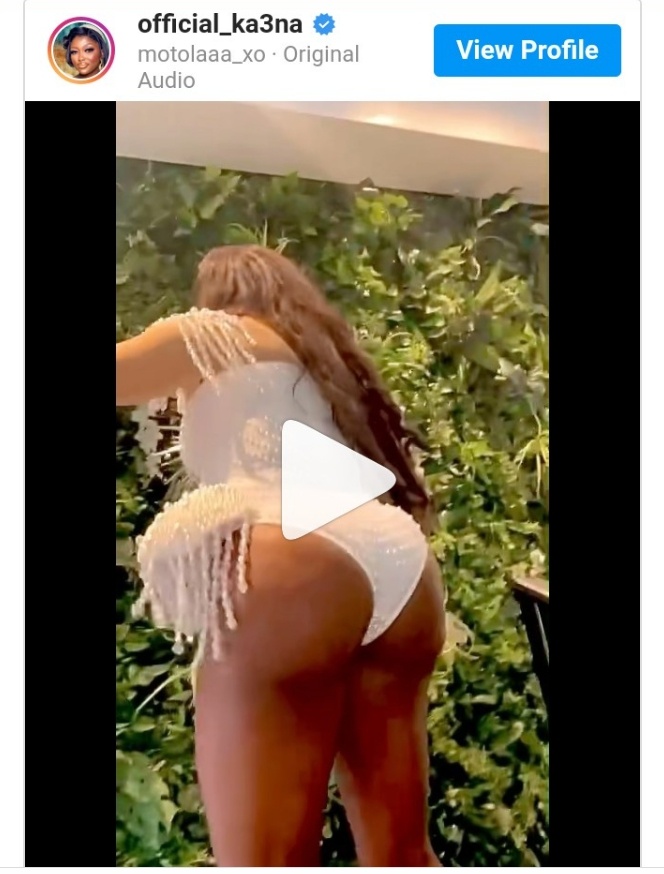 Seeing that cosmetic surgery is the new norm in this present age and time, people see no reason for the silence.

A couple of Nigerian Celebrities have gone under the knife starting from Popular Nollywood Actress, Tonto Dikeh, who was the first celebrity to openly talk about her cosmetic surgery.

After she had the surgery done and openly talked about it, several celebrities joined the bandwagon.

Other celebrities who have had cosmetic surgery include Toke Makinwa, BBNaija’s Khloe and recently, reality TV star, Nina.