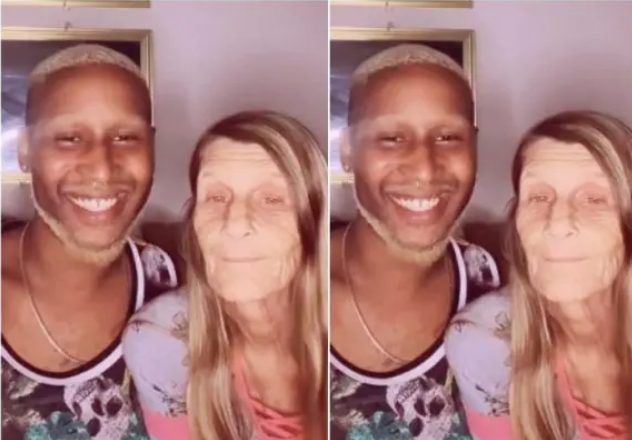 The death of Julia Donson Wachira, wife of Kenyan Dr. John Wachira, is a hoax. Cheryl McGregor, a 73-year-old American woman married to a 34-year-old Kenyan doctor in the viral photos, and her husband Quran McCain are both still alive.

Cheryl McGregor, 61, made news in August 2021 when she announced her engagement to Quran McCain, 24, who is 37 years her junior. Despite the fact that Quran was younger than her own children, the pair said they had a lot of connection and a great romantic life together.

Cheryl McGregor, who is said to be Julia Donson Wachira in the photos, is alive and well. On TikTok, Cheryl and Quran post videos of themselves dancing together.

The pair was described as follows in the bogus story:

Three days after her wedding, a 73-year-old woman dies on her honeymoon, leaving behind a multibillion-dollar business empire to her Kenyan husband.

Read Also: Kenyan singer, Mercy Atis cries out as she returns to the village

Mrs. Julia Donson Wachira, a 73-year-old American woman who made headlines after marrying a Kenyan doctor 34 years her junior, is no longer alive. The terrible news was shared on social media by Dr. John Wachira, a Kenyan-born neurosurgeon based in the state of Florida in the United States.

” The love of my life is no more. She passed away this evening. I would give everything to bring her back .” He posted.

Julia is the owner of a multibillion-dollar corporation that includes real estate and a media organization with offices in five states.

This narrative about Julia Donson Wachira and her Kenyan neurosurgeon husband, Dr. John Wachira, is completely false. Cheryl McGregor and her fiancé Quran McCain are the couple in the photos with the article. Cheryl is still alive.

iPhone Cinematic Mode: How to Use it to Shoot Better Videos