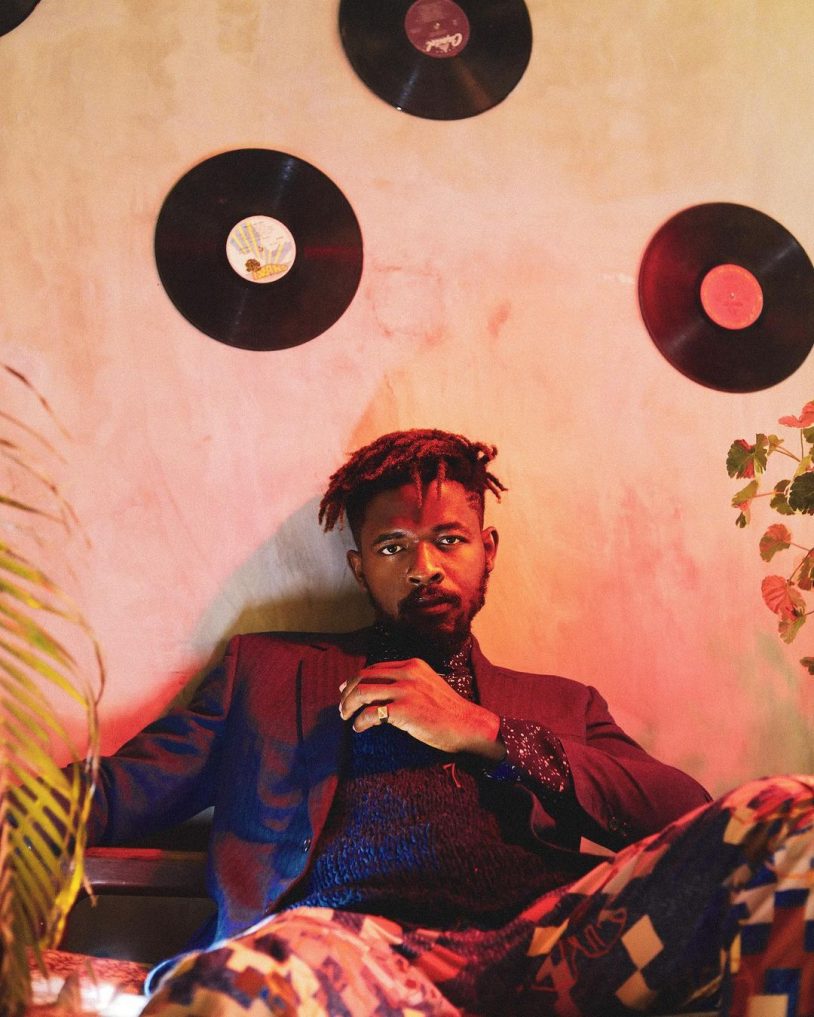 Singer, Johnny Drille has revealed what a female nurse did to him when he was sick.

The singer took to Twitter to reveal the hilarious experience he had with a female nurse.

He stated that the nurse who saw his ‘Bum Bum’ when administering an injection to him later whispered in his ear that she was a fan.

“LAST WEEK WHEN I WASN’T FEELING WELL A NURSE AT THE HOSPITAL GAVE ME SOME INJECTION ON MY BUM BUM, AFTERWARDS SHE CAME AND WHISPERED TO ME THAT SHE WAS A FAN.

I’M PRETTY SURE IF SHE’S AT MY NEXT SHOW SHE’D LOOK AT ME DIFFERENTLY, SHE’S SEEN THE VERY SACRED JD BUM BUM” 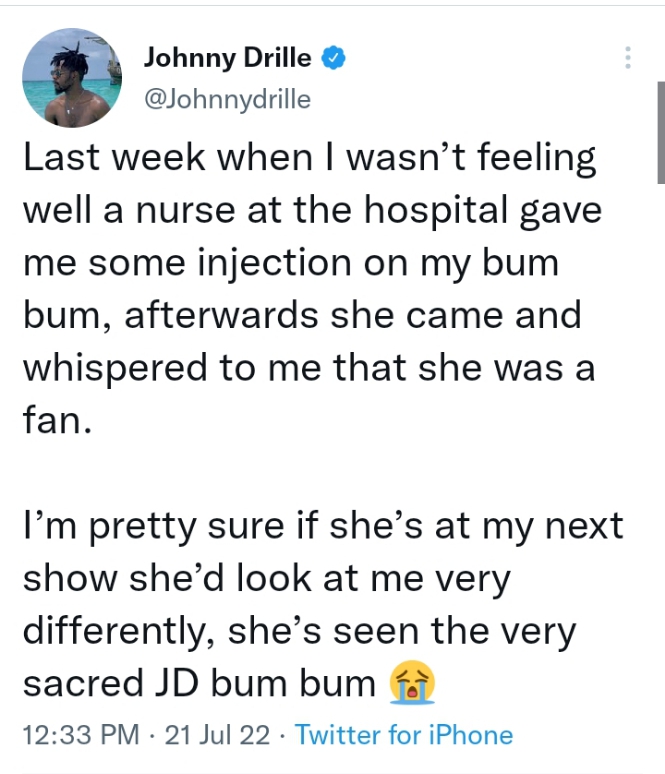 NEW VIDEO: JOHNNY DRILLE’S “COUNT ON YOU” IS A BEAUTIFULLY ORCHESTRATED DECLARATION OF LOVE AND COMMITMENT