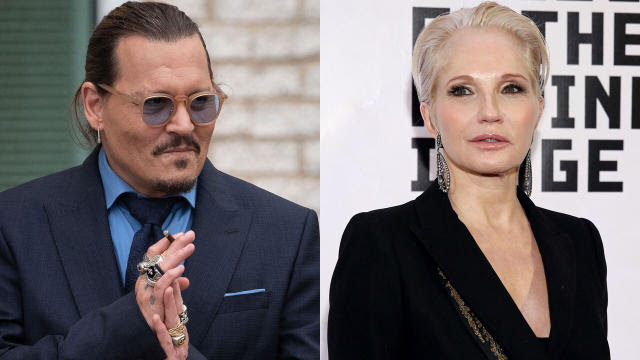 The defamation trial between Johnny Depp and his ex-wife, Amber Heard ended more than two months ago, however, the case is still making headlines.

During her testimony, Barkin claimed the actor gave her drugs the first time they slept together.

The 68-year-old sat down for the deposition in 2019 and answered questions about her past relationship with Depp, which she said lasted several months and ended after the pair finished filming Fear and Loathing in Las Vegas in 1997.

Barkin said that she and Depp were friends before their relationship became sexual, and she testified about the first time the actor expressed his interest in taking their platonic relationship in a physical direction.

“He came on to me in the living room of my house, pulled me onto his lap and said something like, ‘Oh, come on Ellen,’ or whatever. I protested a little and then — not too much, and that was that.”

When asked to clarify her remarks about how she “protested,” Barkin said that Depp did not assault her, but claimed, “He gave me a Quaalude and asked me if I wanted to f**k.”

Glamsquad notes that Methaqualone known by its brand name Quaalude, is a central nervous system depressant that acts as a sedative and hypnotic.

Barkin’s deposition was played in court during the defamation trial, however, her claim that Depp gave her a Quaalude was not included evidence presented to the jury.

In her deposition, Barkin stated that, at the beginning of their relationship, Depp, “was loving… He seemed like someone who took care of the people around him.” She also said that Depp was “truly lovely with my children.”

Apart from the alleged use of drugs and alcohol, Barkin further alleged that there was “always an air of violence” around Depp. “He’s a yeller. He is verbally abusive. There was just a lot of yelling. A lot of yelling.”

Barkin further testified that she was supposed to be in Las Vegas for just a few days while shooting her scene of Fear and Loathing but stayed for two weeks to be with Depp.

During that time, he allegedly threw a bottle in a heated moment, but it wasn’t directed toward her. She stated that their relationship ended shortly thereafter when she told Depp she was going to go back home to Los Angeles and he got angry and “jealous.”

“He’s just a jealous man, controlling; ‘Where are you going? Who are you going what? What did you do last night?'”

“I had a scratch on my back that got him very, very angry because he insisted it came from me having sex with a person who wasn’t him.”

According to her deposition, she only spoke with Depp once since she left him in Las Vegas, and that was when they ran into each other at the Cannes Film Festival over a decade later.

“He called me from across the room. He brought me a glass of champagne. We sat on the steps and spoke and I told him how awful he had treated me and he was clearly making some kind of sexual move.”

Glamsquad recalls that in March 2019, Depp filed a $50 million defamation lawsuit against his ex-wife after the Washington Post published an op-ed she wrote about being the victim of domestic violence.

Depp’s name was not mentioned in the article, however, the story came out as their contentious 2016 divorce continued to make news headlines. After a six-week trial, Depp won the case after the jury’s verdict fell primarily in Depp’s favour and he was awarded $10 million in compensatory damages and $5 million in punitive damages.

READ ALSO: Chris Rock Has ‘No Plans’ To Reach Out To Will Smith After He Publicly Apologised For Oscars Slap