According to Balkan Insight, controversial Serbian President Aleksandar Vui handed Johnny Depp a medal of honor in Belgrade on Tuesday for his “great qualities in public and cultural activities, especially in the realm of film art and the promotion of the Republic of Serbia in the globe.”

Vui’s president, which he won in 2017, has triggered several protests, with detractors accusing him of heading toward authoritarian control and corruption, as well as suppressing press freedom.

"I'm right now on the verge of a new life & I like it…" – Johnny Depp ✨️ pic.twitter.com/ZnuN1PJFWB

“I truly, sincerely thank you, President Vučić, and this medal of merit, if I am given the honor to walk away with this, I thank you for being kind enough to bestow it upon me,” Depp said, per Balkan Insight. The actor also highlighted personal change during his acceptance speech. “I’m right now on the verge of a new life and I like it, I like a re-beginning,” he said. “And I would love for that for that beginning to start here.” 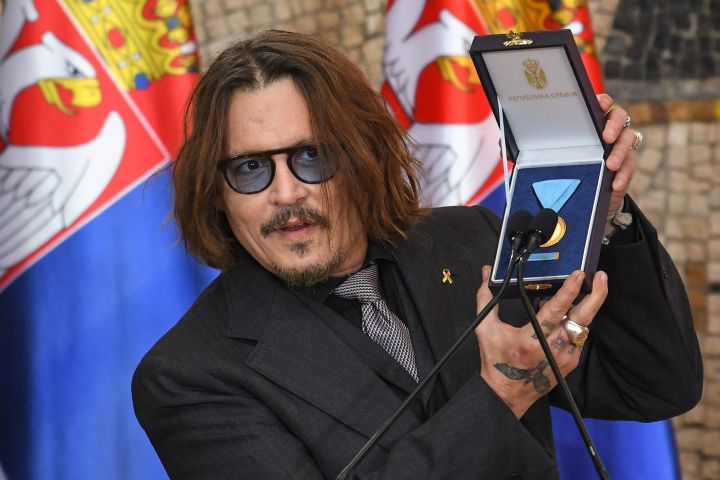 The announcement comes after the actor was recently embroiled in his own controversy. Depp lost a libel suit against the U.K. newspaper The Sun in November 2020, after it referred to him as a “wife-beater” in a report concerning his relationship with ex-wife Amber Heard. The court presiding over the case determined that the newspaper’s assertions that Depp was abusive to Heard were “basically true.” Prior to collecting the Donostia Award at the San Sebastián International Film Festival in Spain last September, Depp criticized the cancel culture that had ensued. In addition, he alleged that Hollywood was boycotting him.

The prize was presented as part of Serbian Statehood Day, which celebrates the first Serbian rebellion against Ottoman control in the early 1800s. Depp has recently worked on Serbian-related projects, such as shooting scenes in Belgrade for Minimata and contributing his voice to the Serbian-produced cartoon series Puffins.