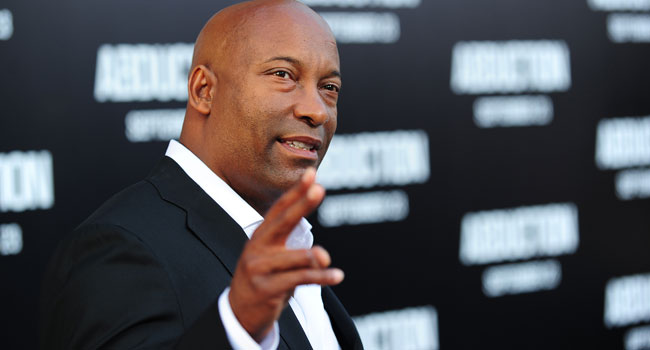 African-American Film Director, John Singleton, who made headlines with groundbreaking 1991 movie about US inner city life “Boyz n the Hood,” has died after a Stroke, his family announced.

The Late Film Director who was aged 51 died today, triggering a flood of tributes hailing him as an “inspiration.”

AFP reports that Singleton had been placed in a medically-induced coma after suffering a stroke several weeks ago, and his family had earlier made known their intention to take the filmmaker off life support.

“John passed away peacefully, surrounded by his family and friends,” they said in a statement quoted by media including USA Today and NBC News.

“Our hearts are heavier today… as we mourn this tremendous loss,” said the president of the Directors Guild of America, Thomas Schlamme, reacting to the news.

Singleton directed “Boyz n the Hood” as a 22-year-old fresh out of film school. The flick described youth and violence in South Central Los Angeles, the bleak, gang-ridden neighborhood of his childhood.

The movie won Singleton Oscar nominations as best director and best original screenplay, making him the youngest writer-director and first African American to achieve the distinction.

“The youngest-ever Best Director nominee and an inspiration to us all. John Singleton, you will be greatly missed,” tweeted the Academy.

Starring the rapper Ice Cube and Cuba Gooding Jr, “Boyz n the Hood” was a breakthrough success that won special honors at Cannes and in 2002 was selected for preservation by the Library of Congress as a “culturally, historically or aesthetically significant” film.

Singleton went on to enjoy a prolific career as a film director, with credits that included the remake of “Shaft” (2000) and “2 Fast 2 Furious” (2003). His work on television included shows such as “Billions,” “The People v OJ Simpson: American Crime Story” and “Empire.”

Dior Was All For Cultural Appreciation With Its 2020 Cruise Collection