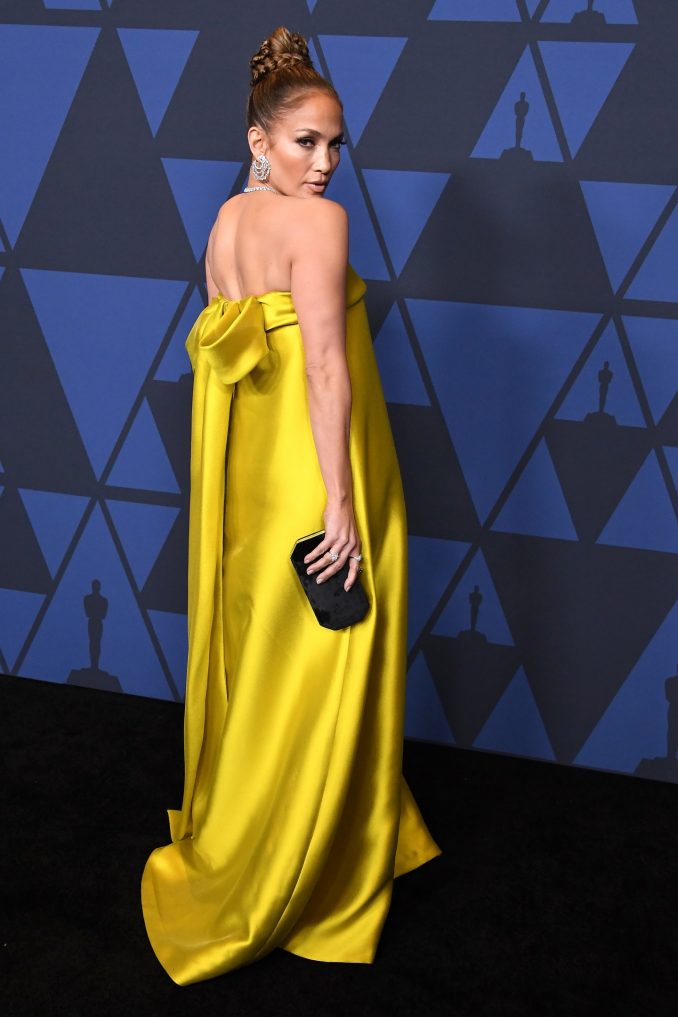 The last time the world saw Jennifer Lopez in full red-carpet regalia, it was the Versace spring/summer 2020 show, when the popstar turned model, and she rewore her plunging, jungle-printed Grammys 2000 dress to internet-breaking effect. Since then, she has been on set shooting her next movie Marry Me, but last night she swapped her Uggs and Juicy Couture tracksuit (classic Lopez downtime filming attire) for the spring/summer 2020 collections once more. The popstar attended the Governors Awards wearing resplendent Reem Acra.

The Lebanese designer is known for her megawatt evening- and bridalwear with conceptual twists. Lopez’s strapless golden gown with sculptural back bow was emblematic of her creations, which come in jewel tones next season. Standing next to Scarlett Johansson, who wore Celine, and Charlize Theron in Tom Ford, Lopez was the standout star of the night.

The “I’m Real” singer’s business-at-the-front, party-at-the-back gown won over style watchers, but it was Lopez’s otherworldly glow that elevated the look to awards season-calibre dressing. If the actor receives an Academy nod for her role in Hustlers, this gold-standard moment will be just the warm-up. Watch this space.

Ladies, Do You Love Denim As We Do?