Big Brother Naija former housemate, Victoria Ella Nnabuchi is facing serious backlash after her lavish spending and trick to use her mother’s illness to siphon money from people came to light.

Recall that her colleagues called her deceitful, bipolar, a potential drug addict over the matter yesterday.

Well,  self-acclaimed highest paid Nigerian sex therapist, Jaruma seems to have confirmed our fears as she revealed how Ella lavished N1.5 million she gave her.

Jaruma, who aided Ella out with N600,000 when she made a cry out over her mother’s health, revealed she gave Ella another N1.5 million after she cried out to her on needing the sum of 700 thousand naira for her house rent.

She then alleged that instead of using it for her rent, Ella lavished the money in 24 hours.

“Put all ur sentiments & emotions aside! Look at it from a LOGICAL perspective! Jaruma’s words carry weight therefore I HAVE TO SAY IT AS IT IS no matter who is involved…! Ella got contributions from house mates, she got another 600k & another 1.5M yet a boutique still called her out for owing 50k..!!! As the helper, u will feel so sad….. what will then happen if u give her capital to build her life? NO INSULTS OR ABUSIVE WORDS PLEASE…!!!!” Jaruma wrote alongside receipts

See screenshots she shared below: 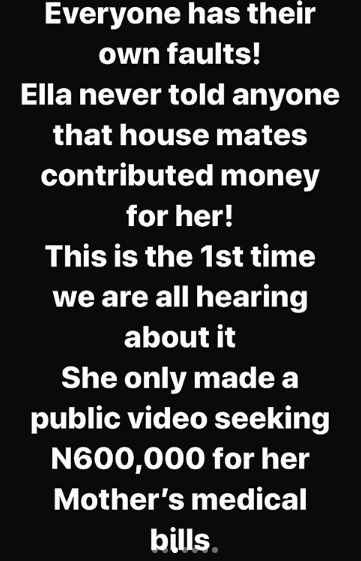 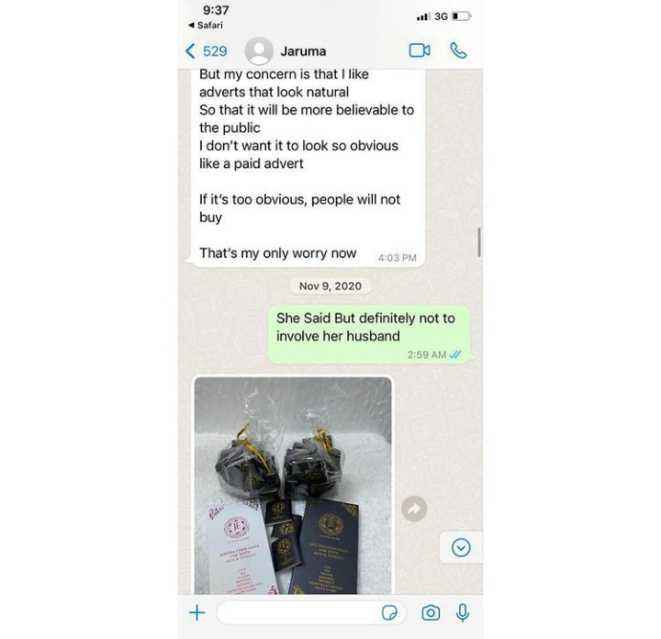 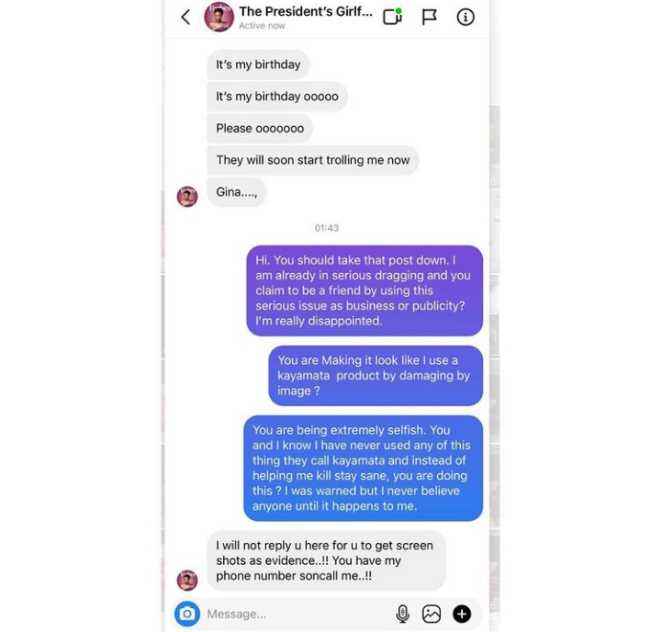 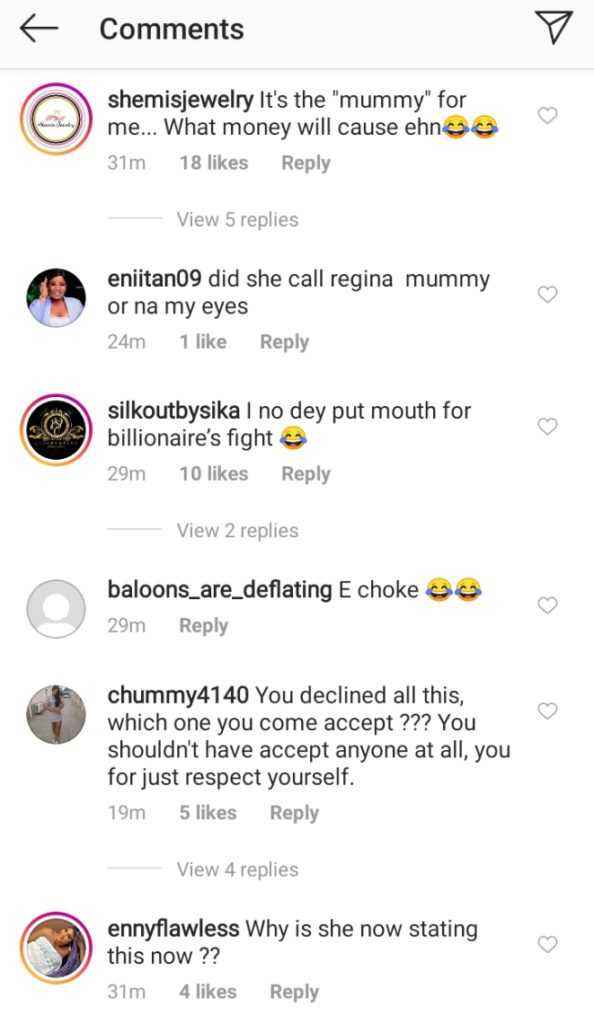 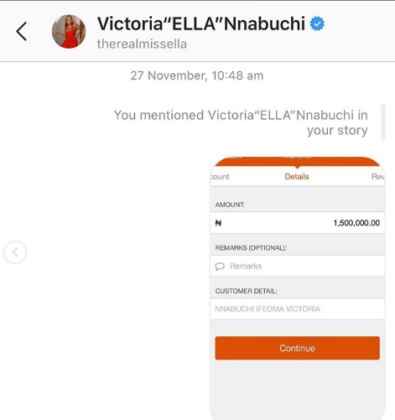