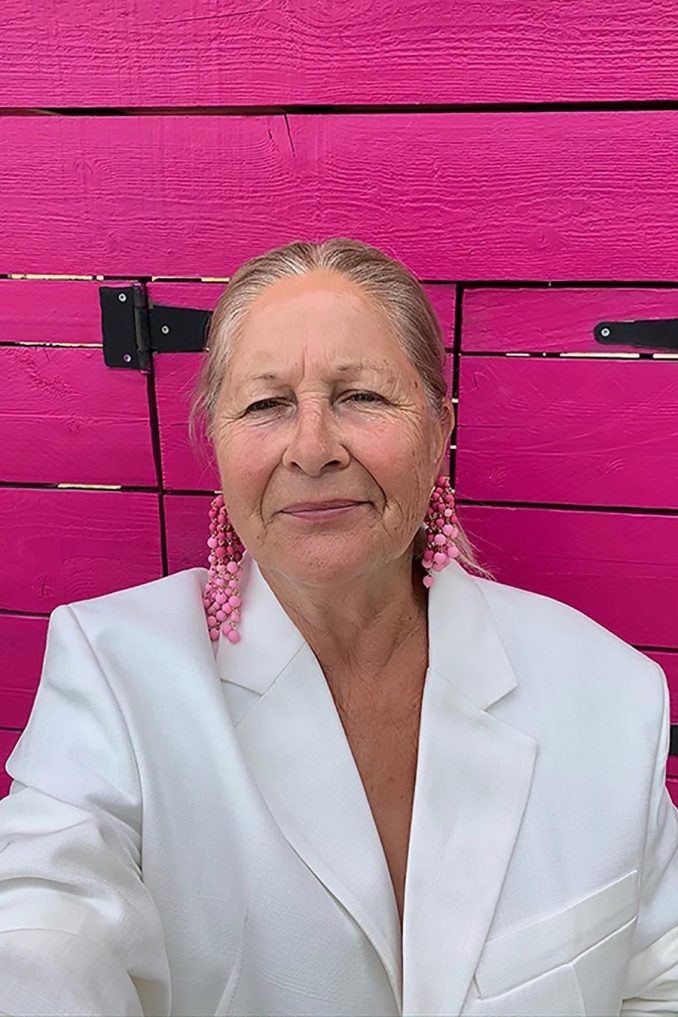 Move over, Bella Hadid. Simon Porte Jacquemus’s granny is the chic new face of his zeitgeisty brand. The French fashion designer cast his own grandmother, Liline, as the star of his latest series of lockdown campaign shots, and his new muse can now be seen on Instagram dressed variously in a crisp white suit with hot pink waterfall earrings, an olive green spaghetti strap dress, and one of her grandson’s signature straw hats.

In one of the shots, Liline sits at a cork table spread with dozens of Jacquemus’s viral Le Chiquito micro bags, while another shows her dressed in a Stabilo highlighter-pink suit, holding an armful of wicker totes. The designer’s statuesque grandmother also strikes a regal pose in a field wearing his green button-down dress as part of the latest #JacquemusAtHome series, which the designer has said is, “One of the most special story for me [sic].”

Jacquemus recently posted a trio of homemade videos shot from his sunny studio balcony, which includes a clip of an unknown model dancing naked but for the Le Chapeau Bomba straw hat and the Le Panier Soleil bag. Another shows Jacquemus’s signature Valensole raffia hat on a chair, a feathered fuchsia Le Petit Baci bag strewn next to it on the floor.

Lady Gaga Speaks on ‘Embarrassment’ to Hang Out with Ariana Grande