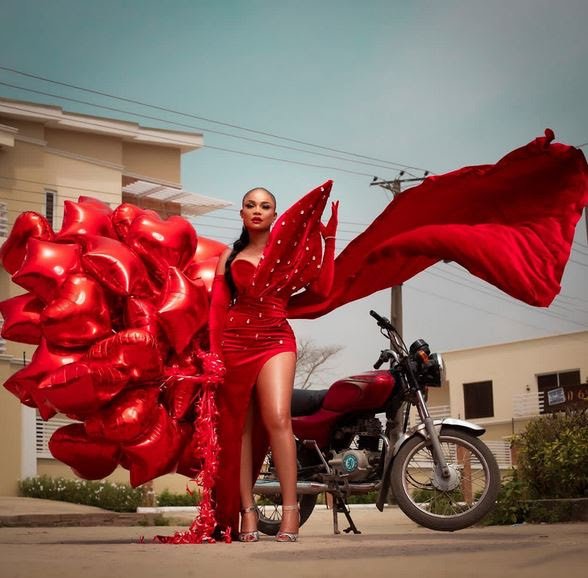 Every 14th of February is a day set aside to celebrate loved ones through gifts and other materials.

Nollywood star, Iyabo Ojo has joined lists of celebrities to celebrate the special day in a grand style with love inscriptions.

As the celebration of love is ongoing, the movie star has decided to showcase herself with 44 balloons for her valentine shoot.

The actress who appeared in red flamboyant attire was captured as she displayed her readiness to fly the 44 balloons.

READ ALSO; This year I began my journey as a single mum with no direction – Iyabo Ojo breaks silence

“Love is strong,” one of the inscriptions on her post.

See her words below as captured by glamsquad,

“Happy Valentine’s day my beautiful people. I told @tiannahsplacempire I want to fly 44 balloons for my Valentine shoot. She said ok Then I contacted @hushandhush & she supplied the,” she captioned the photo.

Without mincing words, Iyabo Ojo is one of the top rated movie stars in Nigeria. Aside her charming appearance, she is also one of the highest paid actresses in Nollywood.

Glam Look Of The Day: Nengi Serves Beauty in a Nice Outfit