Ivorian Burkinabe’s self-taught tailor now turns into the world’s finest designer. Pathe’O has dressed some of the richest and most powerful persons in Africa. The award-winning designer today uses his successful platform to re-form society’s attitudes on sewing throughout the continent of Africa, while creating professional opportunities for future generations.

“The most accessible job at the time was to be an apprentice tailor,” – Pathe Ouedraogo

When Pathe Ouedraogo left his village in Burkina Faso in 1969 to look forward to a better life on the Ivory Coast, his aim was to return with a bicycle and a transistor radio to prove his achievement. He was underweight to work at a cocoa field, so he took the opportunity instead of learning how to make clothing – a decision that led him to success and stardom. 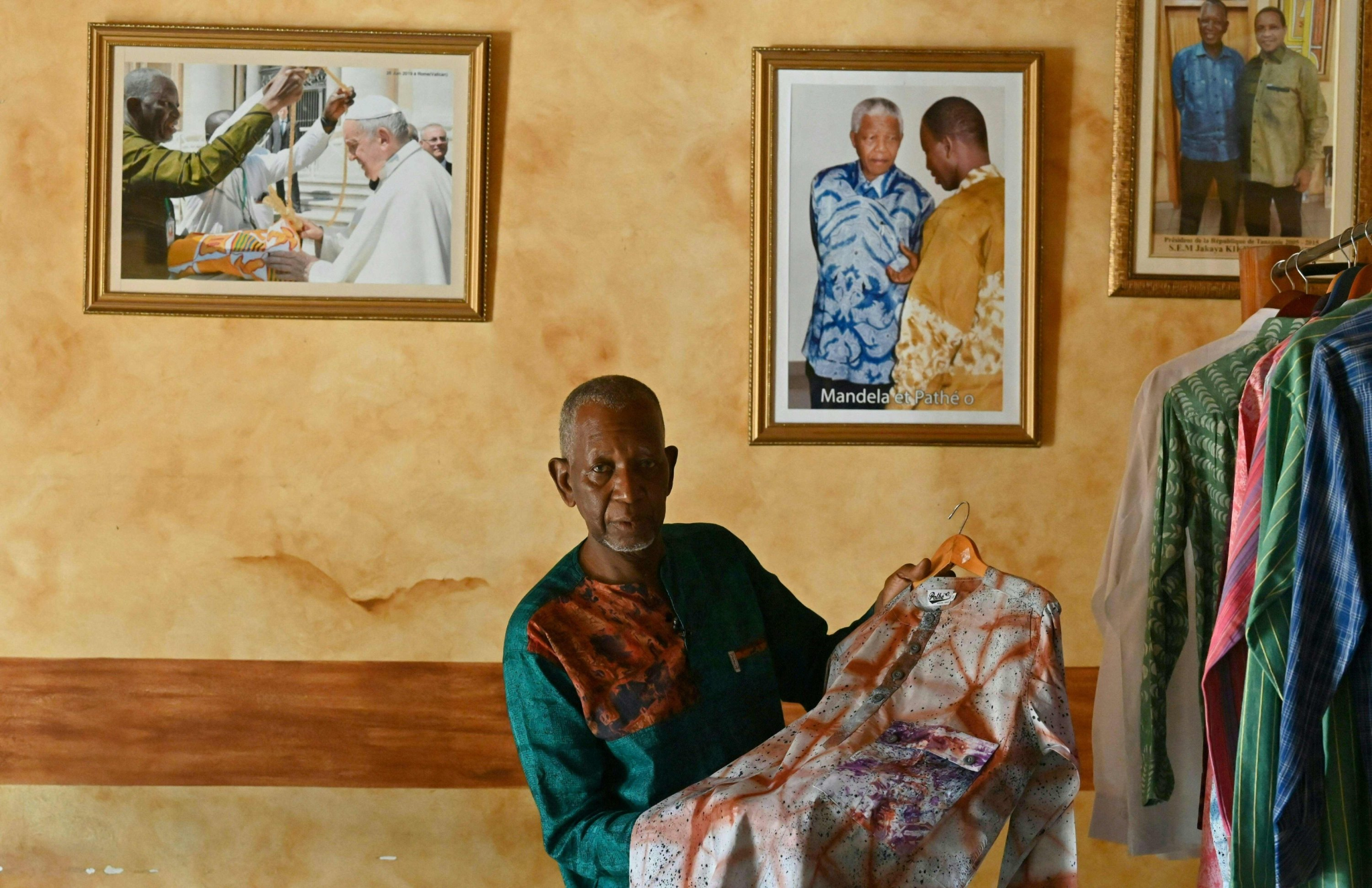 Ivorion-Burkinabe fashion designer Pathe Ouedraogo, known as Pathe’O, poses for a photograph in his store in Abidjan, Ivory Coast, May 26, 2021. (AFP Photo)

The man widely recognized as Pathe’O is now enjoying a 50-year career during which his casual shirts and outfits have been marked with colourful African designs and fabrics by celebrities and political leaders, including Nelson Mandela. In 1994 his big break happened with the sale of four shirts from the South African singer Miriam Makeba, a gift for the former president of South Africa. When asked about its origins during a trip to Paris, Nelson Mandela was the person who wore one and mentioned the name of Pathe’O.

He marked his 50th year with a glittering show and the opening of a new store in an upmarket neighborhood of Abidjan. Its walls are adorned with pictures of famous Nigerian billionaire Aliko Dangote and the King Mohamed VI from Morocco, and Presidents including Paul Kagame from Rwanda and the Alpha Conde from Guinea wearing Pathe’O collection.