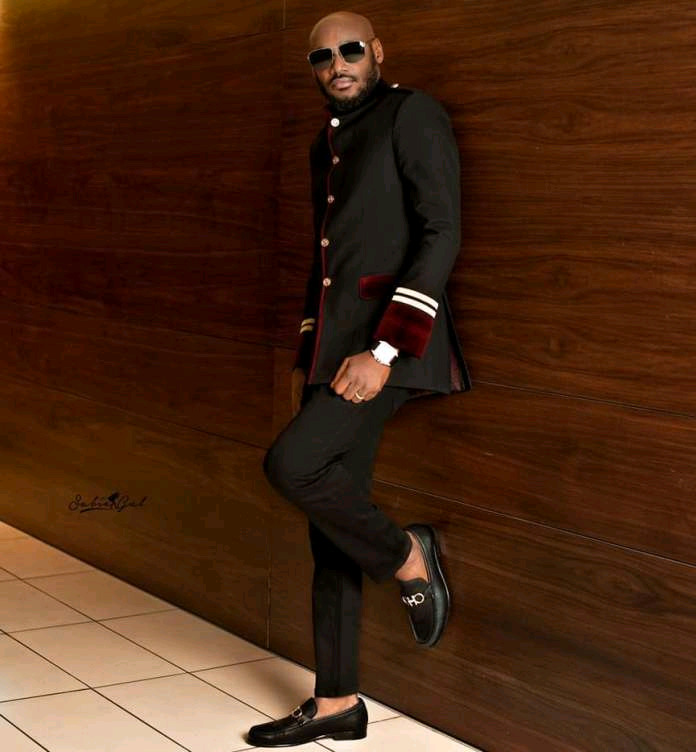 Legendary singer, 2face Idibia has reacted to the rumors making round that the reason to his public apology to his wife, Annie Idibia was because he impregnated another woman.

News making rounds is that the singer impregnated a banker that’s why he made the public announcement apologizing to his wife.

However, his management has revealed that the news is fake, the statement titled ‘2BABA: PREGNANCY REPORT IS FAKE’ read;

“It is understandable for fans, friends and concerned members of public to get curious and seek to know why @official2baba posted an apology to his wife, @annieidibia1, family and management a few days ago.
“We would like to put it on record that the “why” is exactly what was explicitly spelt out in the same post – the pressure of almost a quarter of century of superstardom and a wish to focus on making music without the burden of high expectations of a role model.

“Reports of him getting anyone pregnant are totally false and malicious and we urge well-meaning media platforms and members of the public to completely disregard such. It is fake news.Many would recall that this fictitious banker character has been repeatedly getting e-pregnant for @official2baba every two or three years since 2014. There is no iota of truth in this allegation.” 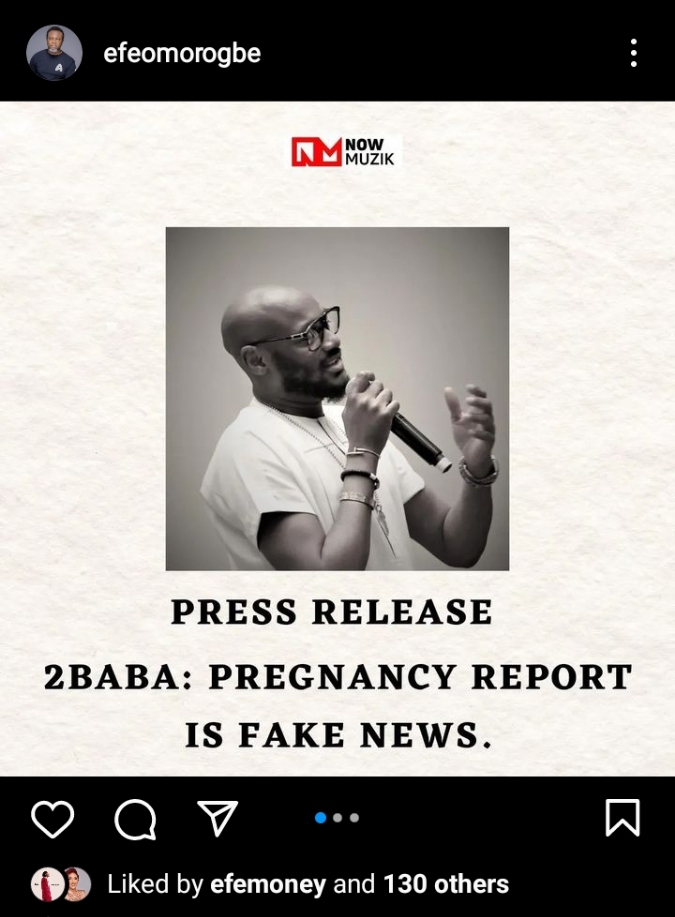 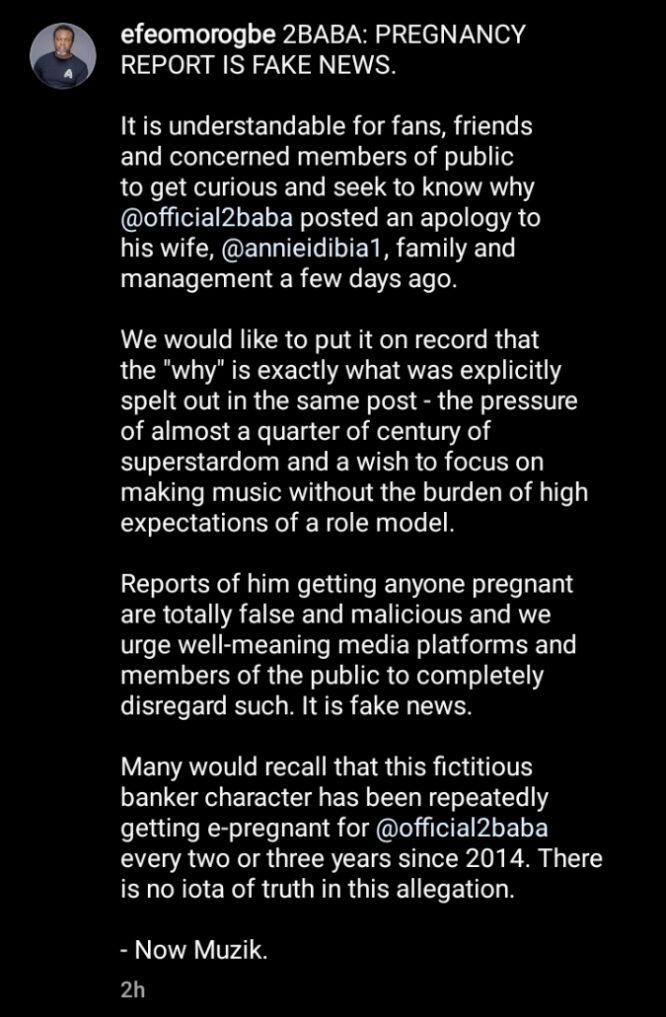 Glam Look Of The Day: Liquorose Stuns in a Green Mini Dress

"Celebrity with the finest kids" - Actor, Yul Edochie brags as he shows off his kids