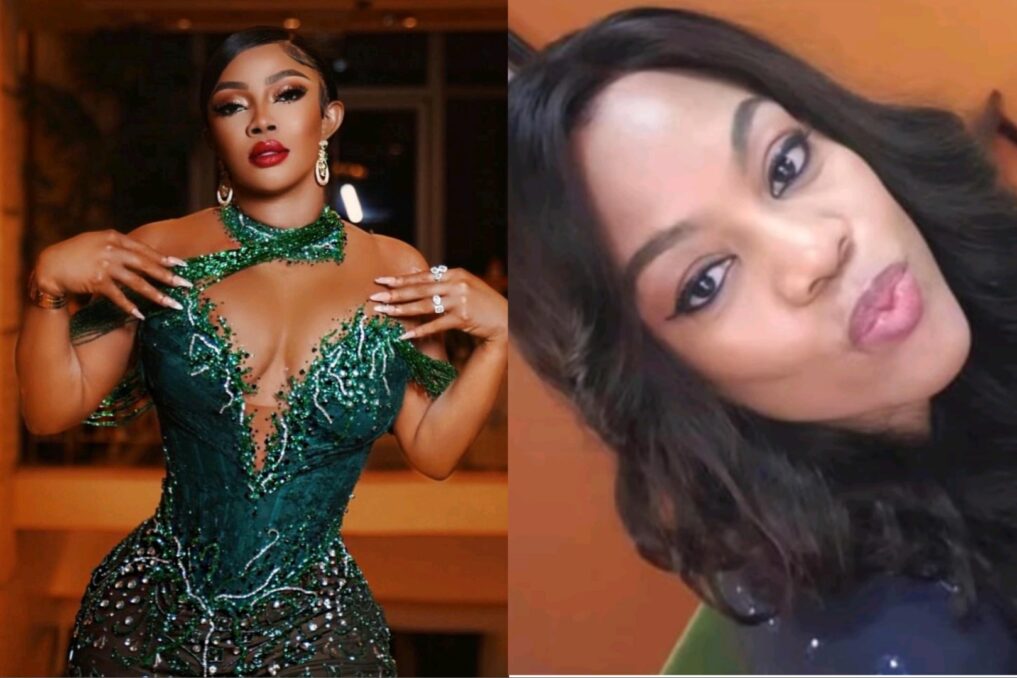 Toke Makinwa, one of Nigeria’s sensational media personalities has penned a heartfelt note to her late sister, Opeyemi Abimbola Akinyelure, who passed away a year ago.

Makinwa took to her Instagram page to share a video where the deceased was mourned a year ago. In her caption, she said she still feels the lump in her throat. She also said she missed everything about her sister. She wrote,

“Around this time, on this day last year you took your final breath. One year after and I still feel the lump in my throat. They say “it is well”, but I’m tempted to ask what is? Then they say it gets easier but they lied.

“I miss you deep, I miss your laugh, I miss your prayers. I have so much to tell you, I don’t know how we made it past this year sis, truly, to live in the hearts of those you love is not to die. I know you’re watching over us all. It’s been the darkest one year but on some days, you send us rays of sunshine and I’m forever grateful for the memories.

“In your death, I’ve learnt not to fear death, I’ve learnt that we only live once but as long as we live in God’s purpose, we are victorious in death. You won sis, your journey of faith lives on and your father in heaven is proud of your legacy. My Queen, I love you Forever, Keep dancing in heaven, Keep singing with the angels, One day, we’ll dance together again, Till then…. Rest on Sis.”

Glamsquad reported weeks back that Makinwa celebrated her last day as a radio broadcaster.

She shared a video on her Instagram stories on Friday, 23rd September, Toke disclosed that it has been twelve years since her voice made its debut on radio.

The short video featured a montage of her last day at work.

Toke stated that she joined the station as “a rookie”, but she was leaving as a “seasoned broadcaster”.

Read Also: I Am Not Associated With This – Rahama Sadau Denies Involvement In Tinubu’s Women Campaign Team

Domestic Violence: Toke Makinwa admonishes her gender to do better

Glam Look Of The Day: Toke Makinwa slay in Loewe

I only want to be sorrounded with real love, money and motivation – Toke Makinwa reveals her current state