Doyin, Dotun, and Eloswag, three former Big Brother Naija Season 7 housemates, have revealed what happened to the condoms inside the house. 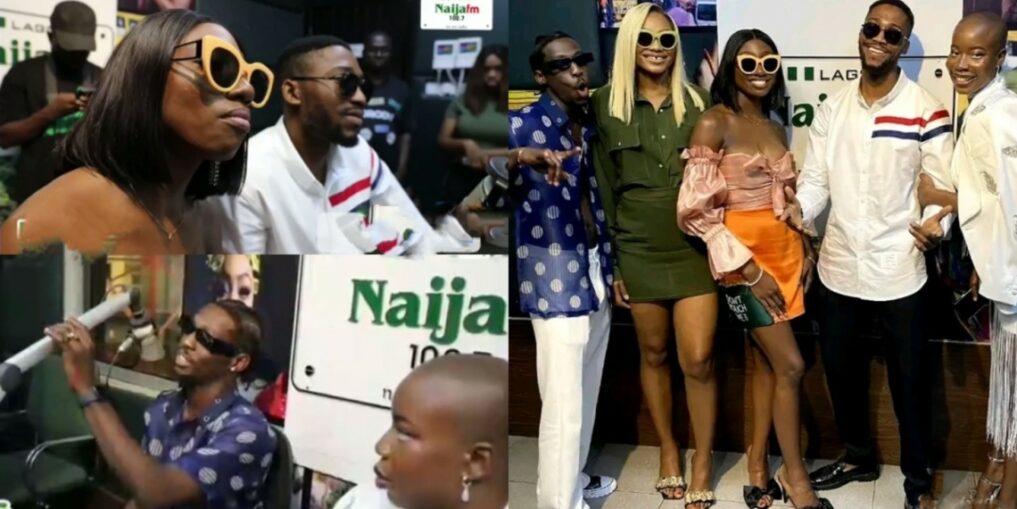 The evicted Housemates were questioned about the missing condoms in the Big Brother level up house and why former housemates never admit to using them in an interview they had with Naija FM during their media rounds.

Doyin responded by saying that the reality show mostly used it for balloon games. She also pointed out that while some people engaged in sexual activity on the show, they never used condoms.

Dotun, for his part, stated that condoms were heavily used during the games and denied knowledge of people getting intimate on the reality show.

Eloswag also confirmed that condoms were primarily used for House games. He also stated that he knew this because he was in charge of keeping the protection devices.

During the interview, Allysn and Chomzy were also asked about other BBNaija-related incidents.

0
Ifeanyichukwu Ngere September 22, 2022
No Comments Yet