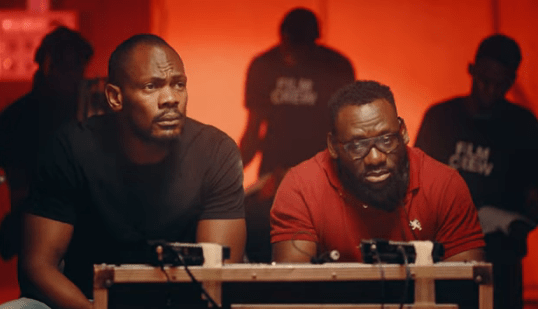 This is a must-see for romantic drama aficionados. It recounts the ascension to popularity of a young actress named Queen as she navigates life and love in 21st-century Nollywood. She must strike a balance between craft and celebrity while battling her demons from the past.

The film is directed by Akhigbe Ilozobhie, also known as Akay Mason, a fast-rising Nigerian director who co-wrote the script with Uyoyou Adia and Inkblot co-founder Chinaza Onuzo.

According to Akay Mason, who also directed the award-winning film Elevator Baby, “Making this movie has been a dream come true, a chance to tell a story that has been dear to my heart for so long. I really can’t wait for the audience to see this movie as it promises to be a cinematic experience like no other.”

Read Also: Movie Review: Charge and Bail is a banger!

The co-founder, Zulumoke Oyibo of Inkblot had this to say about the film, “We first employed Akay as a Production Assistant in 2015, and we are so proud to see his growth and how he continues to break new ground in his writing and directing career. Superstar is a testament to his vision and talent. The audience is in for an exciting ride this December.”

Superstar, starring Daniel Etim Effiong, Deyemi Okanlawon, Teniola Aladese, and Lord Frank, will be released in theaters across the country in December.

One-Handed Keyboards: What is it and When Can You Use It?