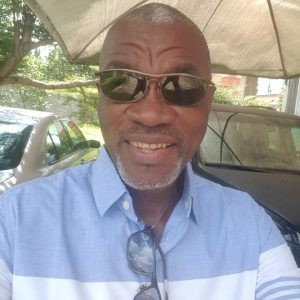 The spokesperson of the command, CSP Michael Abattam dropped the latest update that Adiele was never abducted but was arrested by men of the command.

See the reports below as captured by glamsquad,

The facts is that, sometime in the month of March, 2022, a lady reported a case of fraud against Prof. Jachimike Adiele at the Police Area Command Owerri, alleging that, the said professor collected the sum of one million two hundred thausand (1.2 ) naira from her with a promise to give her a shop in Douglas market. But, after some months, she discovered that there was no shop and demanded for her money but could not get it hence, her report .

On the strength of the complaint, Prof Jachimike Adiele was invited. After his statement, the Area Commander released him on bail due to his status in the society. And he promised refunding the money back to the lady on 1/4/2022, but never did rather, he jumped bail. When all efforts made to reach him proved abortive, the surety was invited and he claimed not to know the whereabout of the suspect and pleaded for time to trace him.

Luck ran against him today 11/6/2022 at about 0940 hours, when the surety got information that, he was in the studio presenting a programme and alerted the police. On arrival, the police were professional, they never went to the station rather, they waited until he concluded his programme presentation and was heading home when he was arrested to the station. ”

Abattam also revealed that Adiele has since been released and on the conclusion of the investigation, he will be charged to court.

How to rid your hair of Dandruff for good