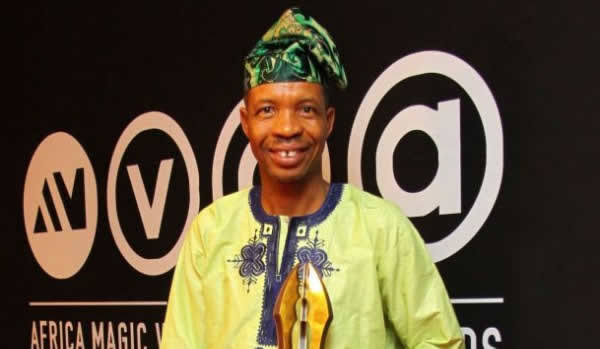 Comic actor, Hafeez Oyetoro, better known as Saka, has recounted the robbery attack on his apartment in Isheri, a community straddling Lagos and Ogun states.

Glamsquard recalls that Saka and his family werr attacked on the On Monday evening, 8 August by armed robbers at his residence. Read here

In a chat with The Punch Saturday Beats, he said,

“The robbers came around 2:50 am, and they brought their own equipment to cut the burglary proof in the house. They all carried sophisticated guns.

“They stole a laptop, phones and little money available in the house. However, they left us alive, and that is very important to me. The only thing affecting me now is the trauma. As a matter of fact, I don’t like to recall what happened because the more I do that, the more traumatised I feel.”

Saka noted that it is the leaders managing the affairs of the nation that are bad, not the country itself. He said,

“I know that Nigeria is a good place if it is led by good people, who have conscience. If they create an enabling environment for citizens of the country, people will enjoy their lives.

“It is the people that are managing our affairs that are dangerous, not Nigeria as a country.”

Saka further said that the high level of unemployment in the country is one of the reasons for the increase in crimes. He said,

“People are hungry. There is poverty all over the place, and there are no jobs. Many artisans have abandoned their trade because business is dull. People who are hungry will be angry. I believe that many of these crimes are a fallout of bad leadership the country is currently experiencing. I pray we get it right one day.”

Revealing his decision after the robbery attack, he said he would be leaving the neighbourhood where the robbery took place. He said

“I am planning to leave that place because many people now know I live there, and that is not good for me as a public figure.”

Saka who is also a Lecturer at the Adeniran Ogunsanya College of Education also stated that because of the security situation in the country, acting on a movie project will be dependent on the information he receives from his management team.