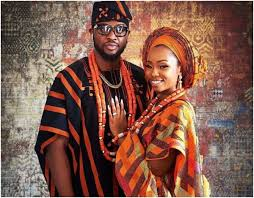 Reality TV star, Teddy A has gushed over his beautiful wife, BamBam as he shared a video of her dancing.

Taking to his Instagram page, he described himself as a “shameless lover” as he wishes everyone to be as beautiful as his wife.

Read Also: BamBam is an astoundimg beauty in red

“I’m a shameless lover man! I hope your week is as beautiful as this woman right here! ”.

And Bambam who seem to be captivated by the caption responded via his comment section, saying;  Babyyyy…” 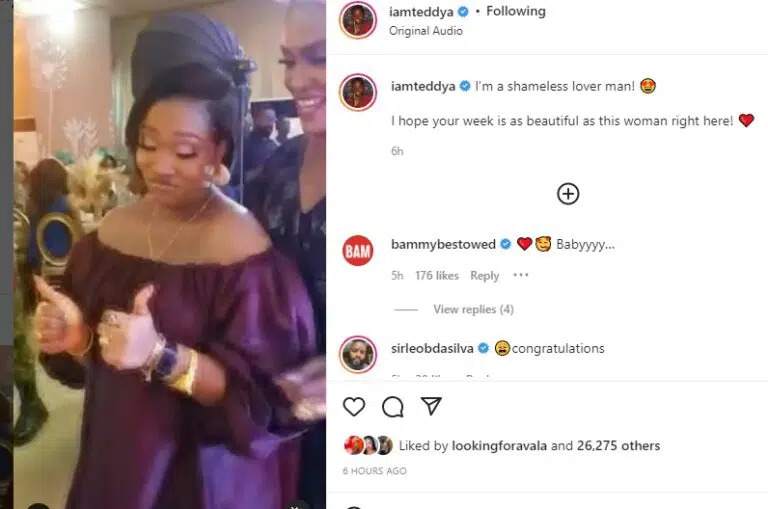 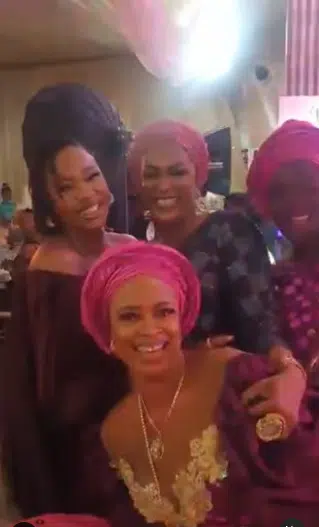 It would be recalled that BamBam had clocked 33 on April 23rd, and her husband, Teddy A had penned a sweet message to her.

Teddy A praised his woman for remaining the same over the years, describing her as the same sweet girl he fell in love with.

Read Also: “New year, new age yet you are still the same you” – Teddy A celebrates wife, BamBam’s birthday

He stated that his wife is still the same sweet person he met while in the BBN house.

He went further to describe her as his wife, love, and rare fabric, he stated that she always gets better like fine wine each day.

“New year, new age but still the same sweet you. You get better like fine wine. My wife, my life, my rare fabric forever. It’s world Bammy day, happy birthday my Queen”.

Actress Genevieve Nnaji Deletes All Her Photos On Instagram