Princess Shyngle has disclosed she had work done on her body and she’s promising to help Tacha get a better body than Mercy to silence those comparing their bodies.
The Gambian actress said this while addressing Tacha’s disqualification from the Big Brother Naija house. She condemned Mercy for provoking Tacha and flinging her hair in her face. She went on to state that Tacha will be “the most successful housemate in just a few months”.
She then addressed those who say Mercy has a sexier body than Tacha. She added that she (Shyngle) is “the queen of body works” and said to Tacha, “Abeg hit me up and imma hook you up.”

Forget the fact that @symply_tacha is my favorite housemate but this disqualification is bullshit, she was clearly provoked and she reacted which is very normal, if any girl dare flip her stupid dirty hair on my face I would have slapped the shit out of you. This was such an unfair disqualification.

but my baby TACHA they took you out of that house cuz they knew if you stayed you would have won ( most trended housemate, most talked about housemate, highest following housemate, most voted housemate) you’re by far my winner and you played the game perfectly, and mark my words you’re gonna be the most successful housemate in just a few months.

and all those saying mercy is sexier than you Abeg hit me up and imma hook you up ? I’m the queen of body works ? I love you baby @symply_tacha 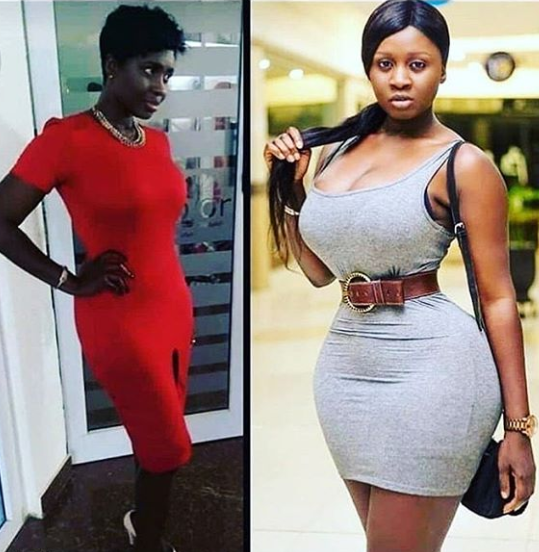 Before and after photos of Shyngle

Toke Makinwa Flaunts Her Beautiful Body In An Orange Swimwear

Princess Shyngle Warns Fans To Stop Asking Her For Money

Most Female Celebrities Sleep With Men They Are Disgusted By Because….. – Princess Shyngle