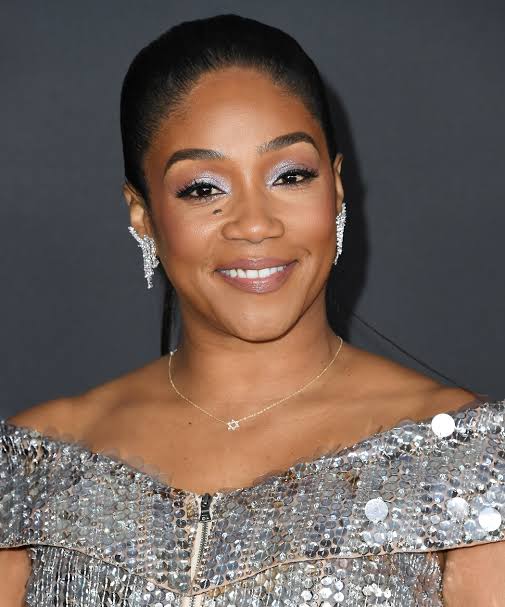 Grammy award-winning actress and comedienne, Tiffany Haddish have revealed that she didn’t think she would live past the age of 18.

Haddish who is now an author was placed in foster care as a child while her mom struggled with mental illness after a car accident left her with brain damage.

In her keynote conversation for a summit, she said “When I was in foster care, I mean, I thought I was going to die there,”
She previously told PEOPLE that her prospects were far from the fame she now enjoys; “I remember being that foster kid and being like, ‘Man, I’m probably going to be in jail in two years.’

However, her opportunity to break free of this harmful cycle came to her in the form of the Laugh Factory Comedy Camp after a social worker said Haddish’s options were either the comedy camp or psychiatric therapy. Haddish’s choice to go the comedy route would change her life forever.

She went on to reveal that when she made it to 18, “I was like, ‘Okay, I got to really think bigger.’ And I did think bigger, and I’m definitely where I thought I would be. Well, it’s bigger than what I thought, but I feel the way that I was hoping I would feel, and that’s secure in my ability to provide for me.”

The Night School actress reflected on the detriments of foster care to her health and self-image. She cited this harm as a primary reason why she wants to help foster kids.

READ ALSO: Actress Tiffany Haddish reveals why she can’t bear a child
She said, “When I was a kid and I was moving around, all my stuff had to be in trash bags, and moving like that is not good for the self-esteem because it makes you feel like garbage that can easily be transported to here or there.

“You start thinking of yourself as such, as garbage. That was the worst feeling in the world personally, and I told myself if I ever get any power I’m going to try to make sure kids don’t feel like that.”
Following her experience, she is giving back by helping children who are currently in foster care through her organization ‘She Ready Foundation’ which pairs children in foster care with internship programs.
Earlier this year, Haddish told E! News that she has plans to adopt a child.

"Be Wise, Be Attentive To The Signs" - Reality TV Star, Pere Egbi Advises