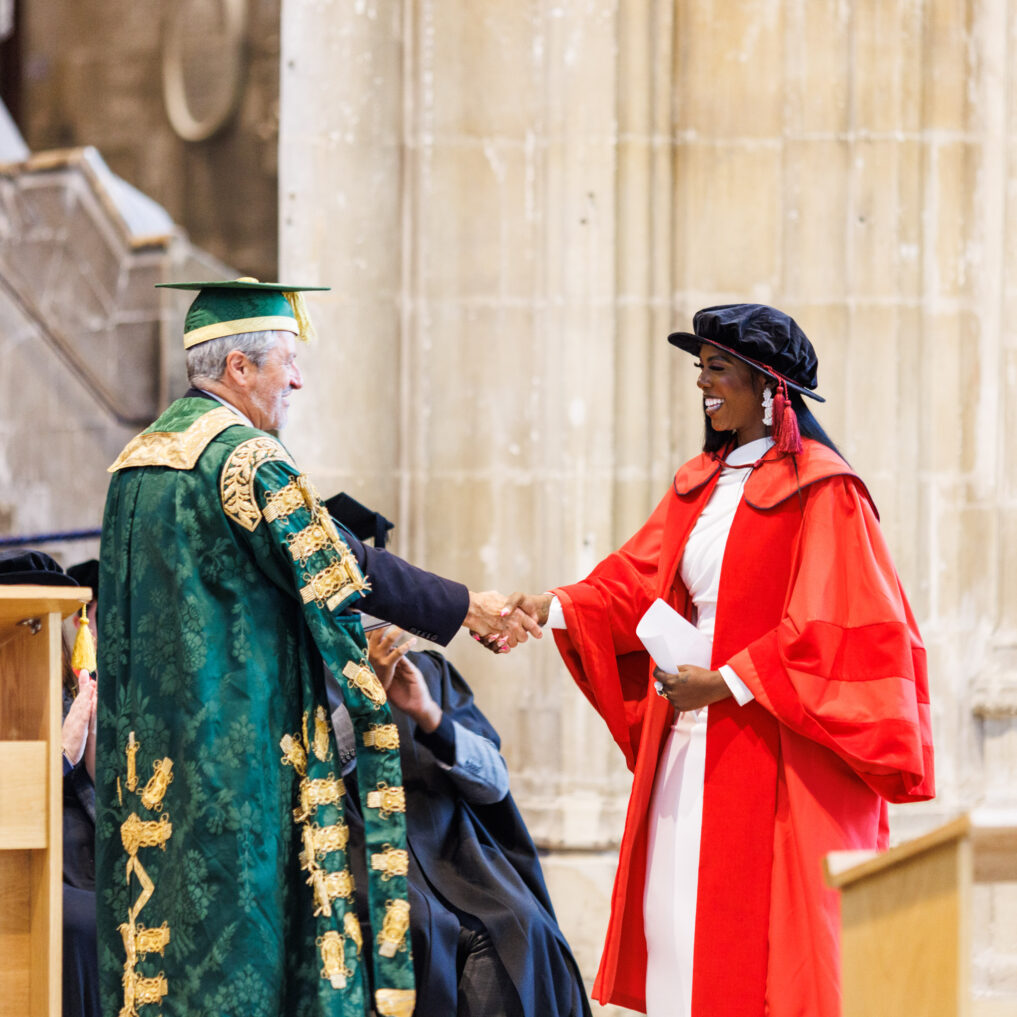 Afrobeats songstress, Tiwa Savage has added another feather to her cap after she bagged an honorary doctorate from the University of Kent, United Kingdom.

Glamsquad reported that the university, which is Tiwa Savage’s alma mater, had shortlisted her and many others to receive the prestigious degree.

In an official statement, the University described the singer as one of the inspirational individuals who will be awarded the degree.

The mother of one completed a degree in Business Administration at the University before winning a scholarship to study Professional Music at the Berklee College of Music, Boston, Massachusetts, U.S.

The 42-year-old took to her Instagram live session to share footage from the ceremony that took place at Canterbury and Rochester cathedrals, USA.

READ ALSO: I Love Him But He’s Not Better Than Me – Ruger Breaks Silence After Being Compared To His Colleague, Buju

She talked about her challenges while delivering her acceptance speech. She said she faced severe bullying and was suspended from school a few times among other things

“I failed at a lot of things actually,” she said. “I was bullied at school severely when I moved to the UK, I ran away from home a few times, I was suspended a few times from school.”

Indirectly referring to her sex tape scandal, she said,

“I’ve been globally ridiculed a couple of times, I’m not going to say what it is but it rhymes with ‘cape’. The irony.

“I also failed Principles of Finance at this very university when I was graduating.”

She added that despite the struggles, she has succeeded in becoming a “leading figure” in Afrobeats.

The star also stated that while some call her queen, she is to be referred to as “Dr Savage from now on.”

It has been raining honorary doctorates in the entertainment industry as Hilda Dokubo,  Jaiye Kuti , IK Ogbonna, Alex Ekubo and many others have been conferred with the honours.

See pictures and video below,