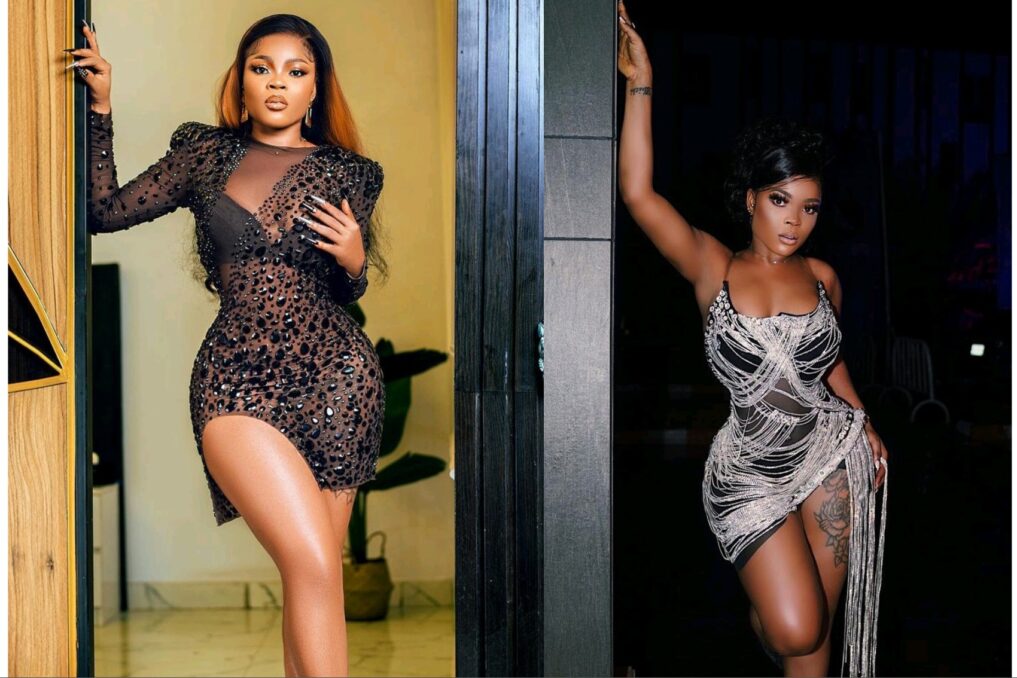 Reality TV star, Chinenyenwa Desire Okoebor better known as Chichi has lamented over the pain of becoming a celebrity.

The BBN ‘Level Up’ ex-housemate, who shocked Nigerians after she made it to the final of the show took to Twitter to share her ordeal of not being able to go to the store and do some personal shopping for herself because of her new status as a reality star.

Read Also: Travis Scott denies hanging out with his ex-girlfriend

Lamenting, Chichi asked her fans if they will be willing to swap bodies with her.

“I miss being able to go into the store or market and personally shop for myself. Who wants to swap bodies with me for a day?” 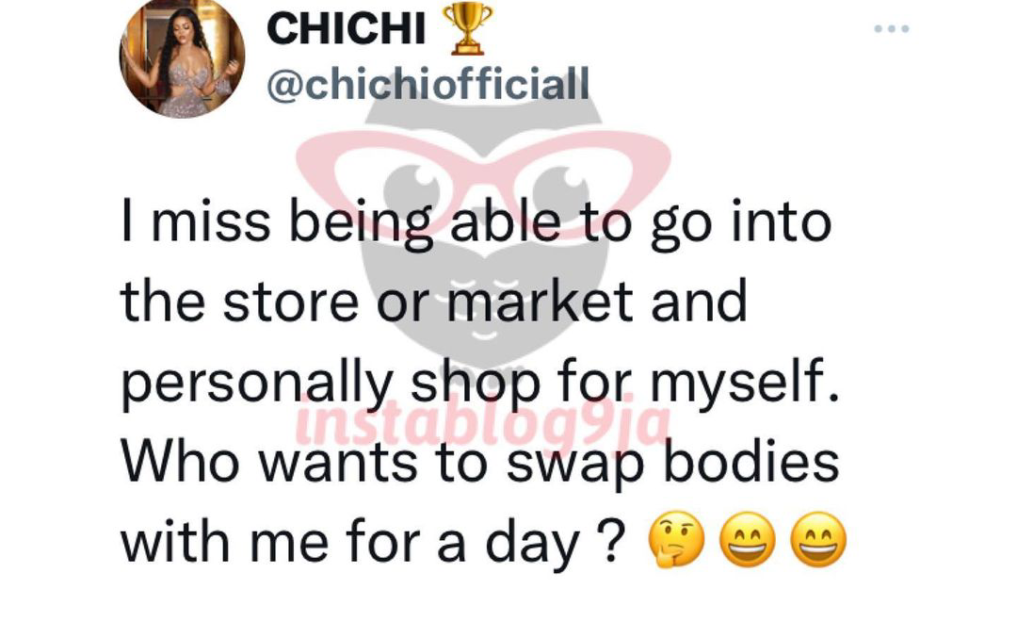 Steve Maduka cheated, infected Sandra Iheuwa with STD and threatened to assassinate her – Lawyers reveal in petition to IGP and American embassy