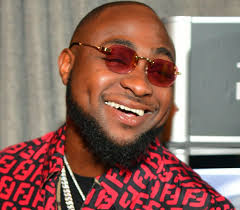 Nigerian Superstar, Davido made a shocking revelation in a recent interview.

The superstar said he had no idea his dad was rich until he became 13.

Speaking with ‘Earn Your Leisure’ in a recent interview,  he revealed that he didn’t have a close relationship with his dad when he was growing up because his dad was always busy with work, so he had no idea about his line of business or net worth.

According to him, it was after they moved to their new house when he was 13 that it dawned on him that they were rich.

Speaking on how humble his father is, the star said his dad, a billionaire businessman, lives a normal and modest lifestyle, and even drove a Honda car, despite being a billionaire.

He added that his mum also drove a relatively inexpensive car, so he didn’t know they were stinkingly rich.

"Despite The Challenges Of November, 2021 Remains Our Best Year Ever!" - Obi Cubana Says As He Shares Love Up Photos With Wife, Ebere