Comedienne and actress, Adeyela Adebola, popularly known as Omo Ibadan or Lizzy Jay, has confessed that she does not wear bra. 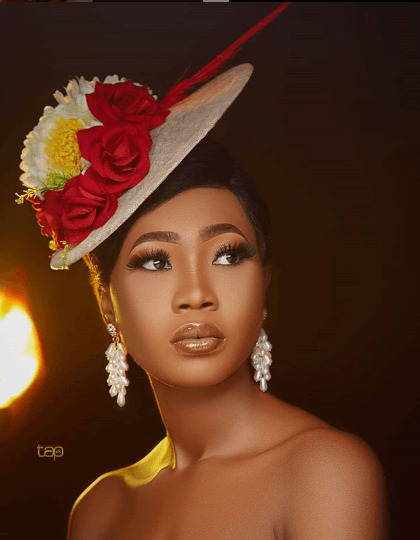 Asking her 1.1million followers to mention the things they don’t do, the Ile-Ife indigene declared, “My name is Lizzy Jay and I don’t wear bra.”

She added, “I hate bra” in the photo caption. 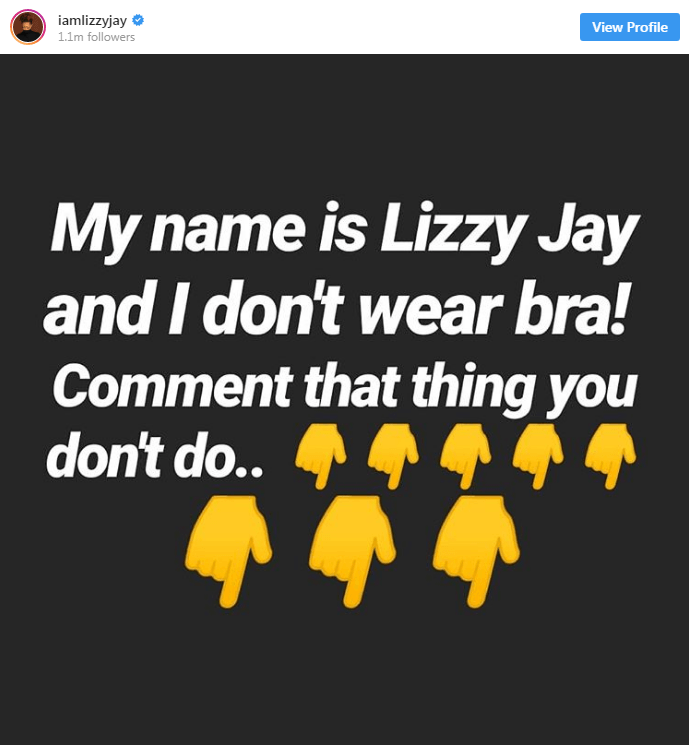 Lizzy, who celebrated her birthday last week, caused a stir in July when she accused movie producer, Abiodun Jimoh, of sexually abusing her and others.

She said she spoke out because of those who may not have a voice.

According to her, it took the intervention of industry elders like Bolaji Amusan (Mr Latin) and Yinka Quadri for her to move on.

Jimoh, however, denied the allegation, saying Lizzy was one of the people he laid off in January.

He said he never had any physical contact with her, and there were always people around whenever they were together.

Lala Akindoju Reveals Why Some Actors Live In Poverty