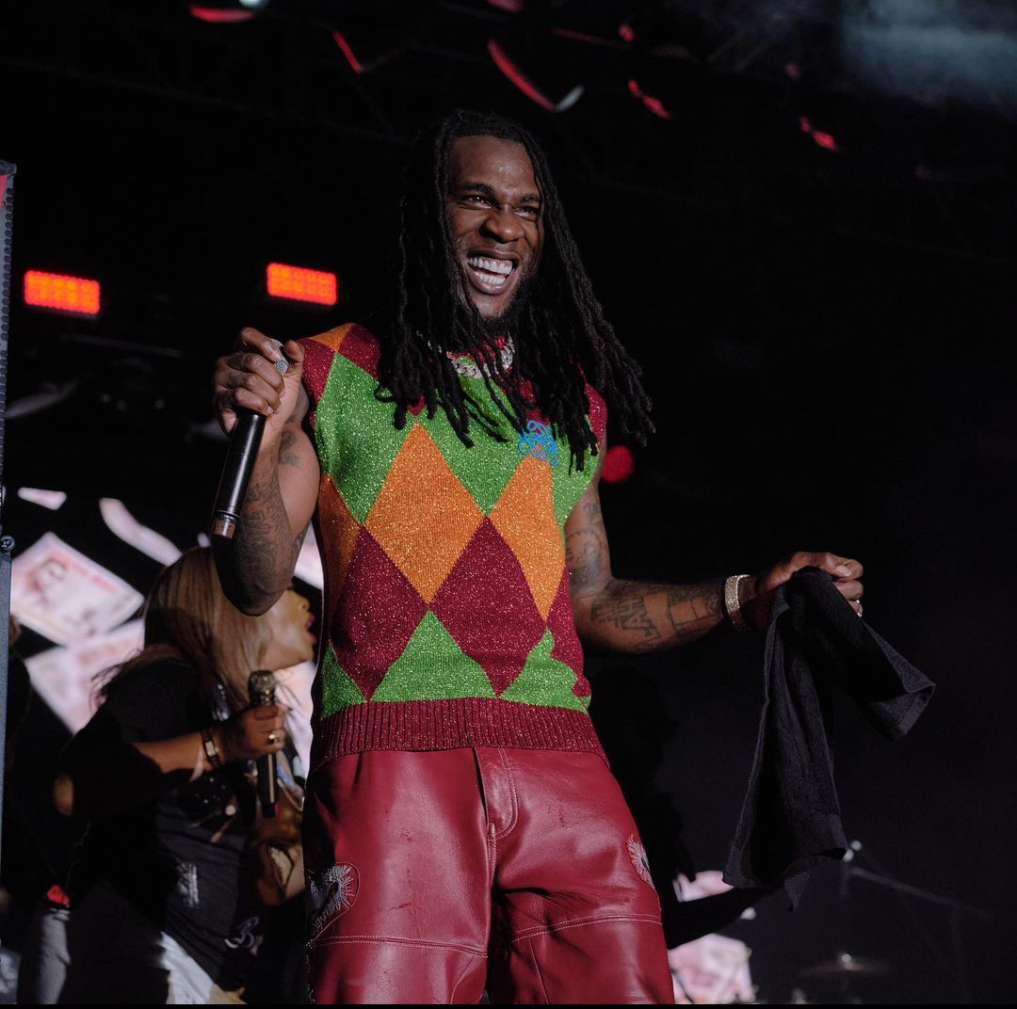 Grammy award-winning singer, Burna Boy revealed a shocking aspect of his life during an altercation with fans of his colleague, Wizkid, who have tagged themselves Wizkid’s FC.

Glamsquad reported that Burna Boy who is on a world tour took to his Twitter account to hail himself, noting the several achievements his album, African Giant has recorded over the years.

This didn’t go down well with Wizkid’s FC as they didn’t fail to remind him that he is not the best and quit bragging. Read here

In the process of the altercation, in a now-deleted tweet, the ‘Last Last’ crooner revealed the kind of life he used to leave before he came into the Nigerian music industry.

According to the self-acclaimed African giant, he doesn’t care about being the biggest Nigerian artiste, he is just happy that he is doing what he loves and can take care of his people.

He continued by saying that many people would be happier for him if they knew half of the things he has gone through, risking his life to make money.

Surprisingly, Burna Boy disclosed that he came straight into the music industry from Chelmsford prison in the UK and he had no idea he would live long enough till now.

“Nigeria real doesn’t know me. I don’t care to be the biggest Nigerian artist. I’m just happy I can do what I love and care of my people from it.

“If you knew just glad of the shit I used to do for money risking my freedom daily, you would be way happier for me.

“I came into the music industry straight from Chelmsford HMP. I had no idea I would even live this long. So when people talk about me now, it’s all just funny. Of course I would perform with my injured leg or even no legs or no arms”. 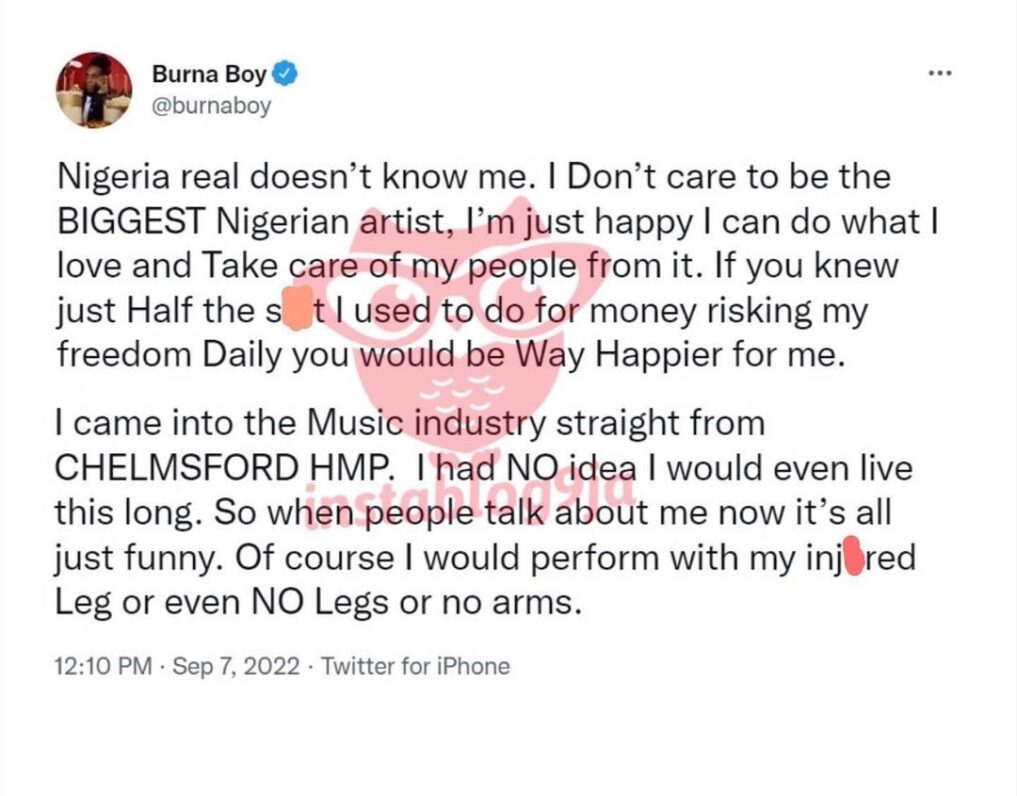 Photos/Video: Barack And Michelle Obama Return To The White House to Unveil Their Official Portraits

0
Martina Akonthe September 8, 2022
No Comments Yet