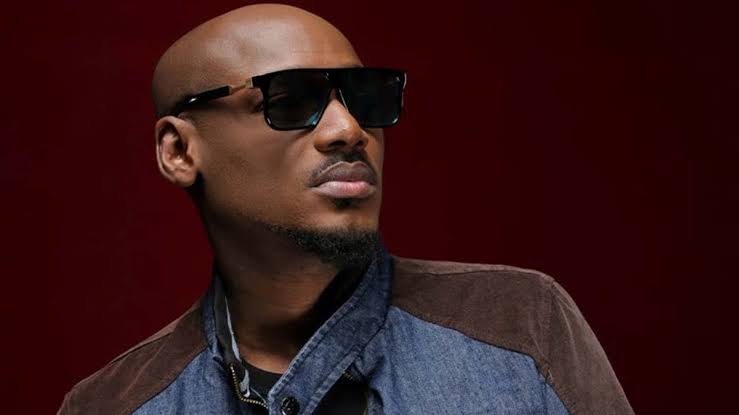 Nigerian Music Icon, Innocent Idibia better known as 2Baba has vent out his anger over the continuous killing in the country.

On his Instastory, the African Queen crooner noted that he was sick and tired of the constant killings while noting that no meaningful thing has been done to tame the killers.

The father of five wrote,
“So sick and tired of this killing without any meaningful action to tame these killers. What the fuck”. 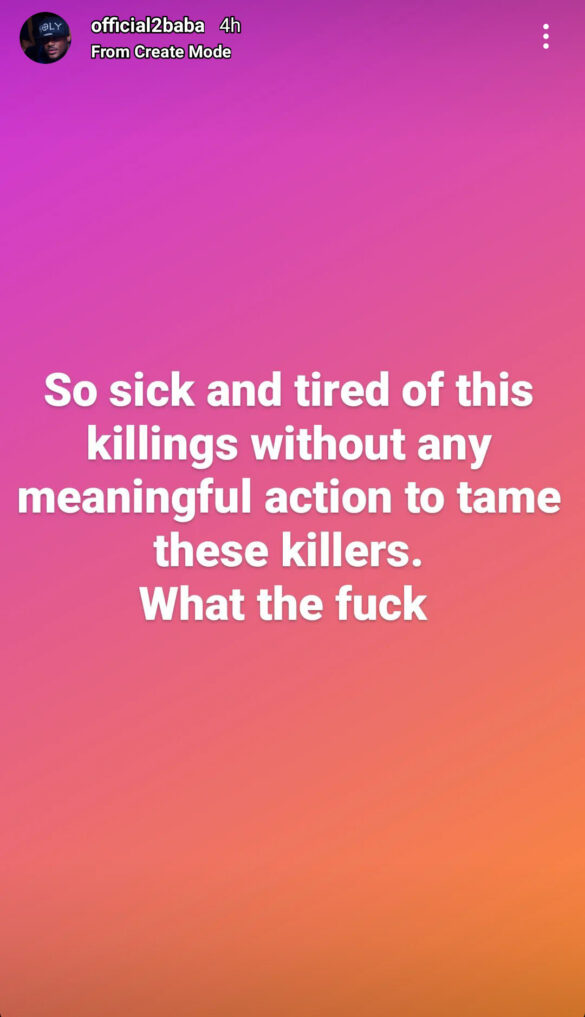 Glamsquad Magazine also recalls that the 46-year-old legendary singer faced backlash online following his comments on politics in the country.

READ ALSO: “The Fear Of God Left The Room In This Country” – OAP Do2dtun Reacts To Ondo Killing

“I am one ‘hell’ of a woman” – Annie Idibia drops cryptic post as she unfollows husband, 2baba on Instagram