Nigerians have taken to social media to react after the Police Service Commission reported that it has set up an in-house panel to study in detail the documents presented by the United States Federal Bureau of Investigation (FBI) which indicted the suspended Deputy Commissioner of Police, Abba Kyari. 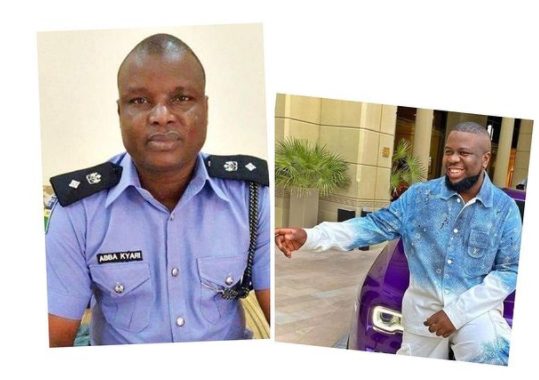 Recall that, Kyari, a former head of the Intelligence Response Team (IRT) of the Nigeria Police Force, was alleged to have been bribed by a suspected internet fraudster, Abbas Ramon, popularly known as hushpuppi.

However, a fresh panel that was set up by the Police Service Commission is being headed by Bar. Tijani Mohammed, Director, Department of Police Discipline in the commission.

Taking to social media platforms, Nigerians dropped their various opinions about the case. See some reactions below:

An Instagram user wrote, “What they need independent panel investigation not in-house.”

Another user, Sir Eltee wrote, “That’s how they will keep setting up panels till they close the matter. Nigeria is a country where they cover up corruption”

A Joe White wrote, “Make una go sit down. If it’s an ordinary citizen, him for don dey EFcc custody or inside prison, before una start probe”

A user, Ik wrote, “FBI have given enough clean clear proofs that indicted him so what is the Nigeria government, NPF and all these shadowy bodies trying to proof? The truth is that the Feds have a water-tight case against Abba Kyari which they are just waiting to boot strapped.So all these shenanigans is just a case of postponing the evil days.”