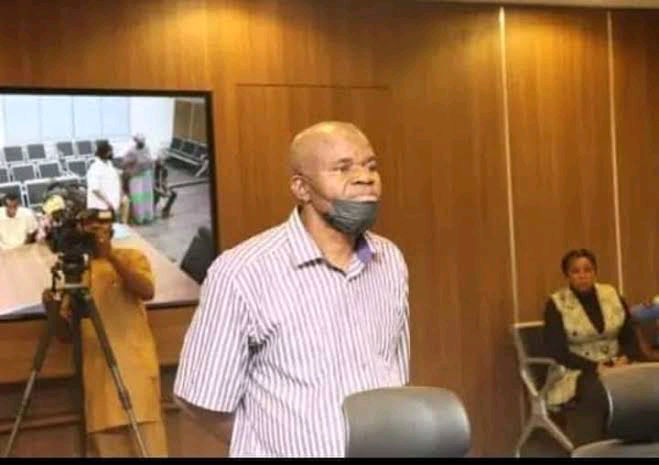 According to reports gathered by glamsquad Peter was amongst the inmates who escaped from Kuje prison during the attack which happened on 5th July, 2022.

Read Also: “She gave me my first movie role” – Caroline Hutchings says as she celebrates Rita Dominic on her birthday

Recall that Mr Peter Nwachukwu was arrested on 11th April, 2022 in a case of domestic violence which led to the death of his wife, Osinachi Nwachukwu.

According to SaharaReporters, several security sources today, 12th of July, confirmed that Peter Nwachukwu, was among the escaped inmates.

“DURING OUR ROLL CALL YESTERDAY, WE DISCOVERED THAT THE HUSBAND OF THE LATE GOSPEL SINGER WAS MISSING”

It was reported that 879 prisoners from the Nigerian Correctional Service (NCos) facility escaped during the attack.

Glam Look Of The Day: Rita Dominic Slays in a Red Dress for her Birthday Celebration