Charity Nnaji, a popular Nollywood actress, has taken to her Instagram Stories to share her thoughts on what women should do with random men who want sexual privileges.

The actress says women should bill men who are neither their boyfriends nor husbands yet want to have sex.

She said billing them will likely chase them away. 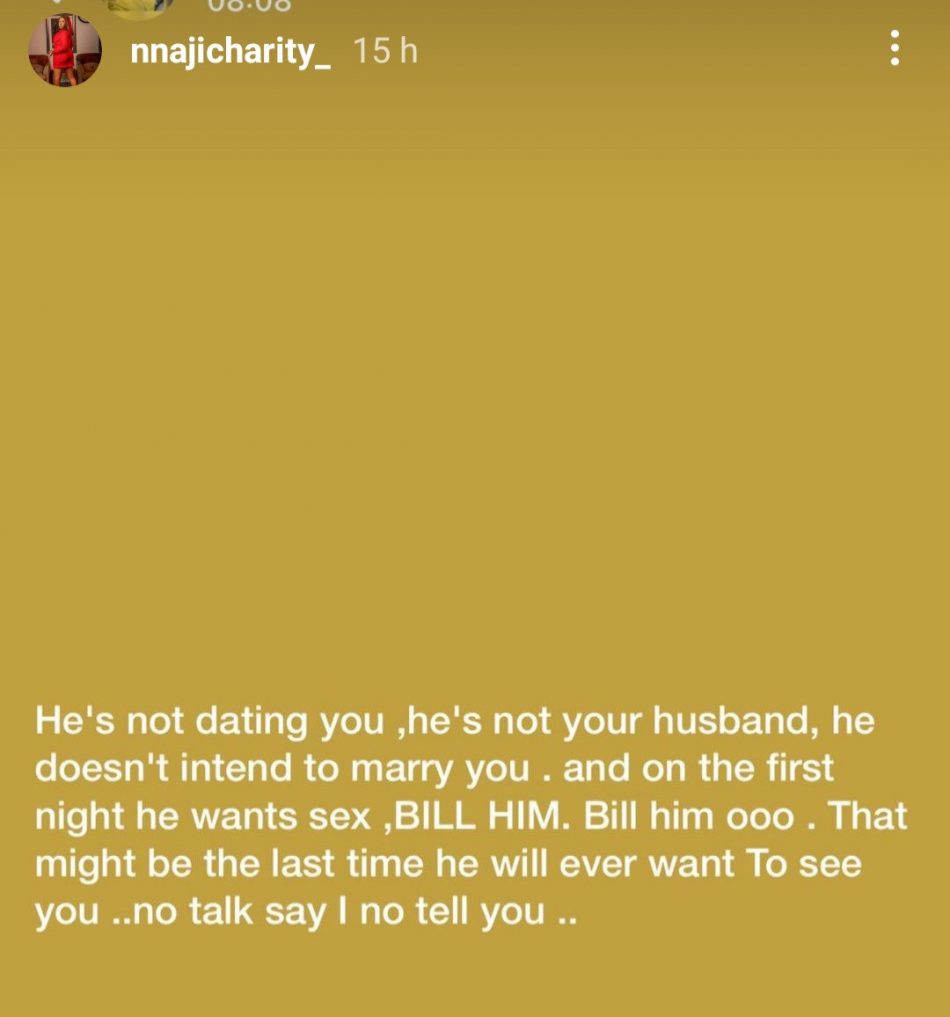 Meanwhile, Chioma Avril Rowland, also known as the Chefchi, singer Davido’s fiancée and mother of his son, has been spotted on a date with Ubi Ekapong Ofem, popularly known as Ubi Franklin, a talent manager and Special Adviser to Cross River Governor on tourism.

Amidst rumour of her split from Davido, Chioma was seen in the company of her friend, Nayomee having a good time out with Ubi Franklin who got divorced from his wife, Lilian Esoro, a Nollywood actress, in 2020.

Just a few weeks ago, Chioma joined many on social media who took out time to celebrate the talent manager on the occasion of his birthday ceremony. Chioma thanked Ubi for everything he does for her while tagging him a ‘trouble maker’.

In her words: “Happy birthday to the best manager and my dear friend @ubifranklintriplemg Thank you for everything you do for me, love you always! Trouble maker.”