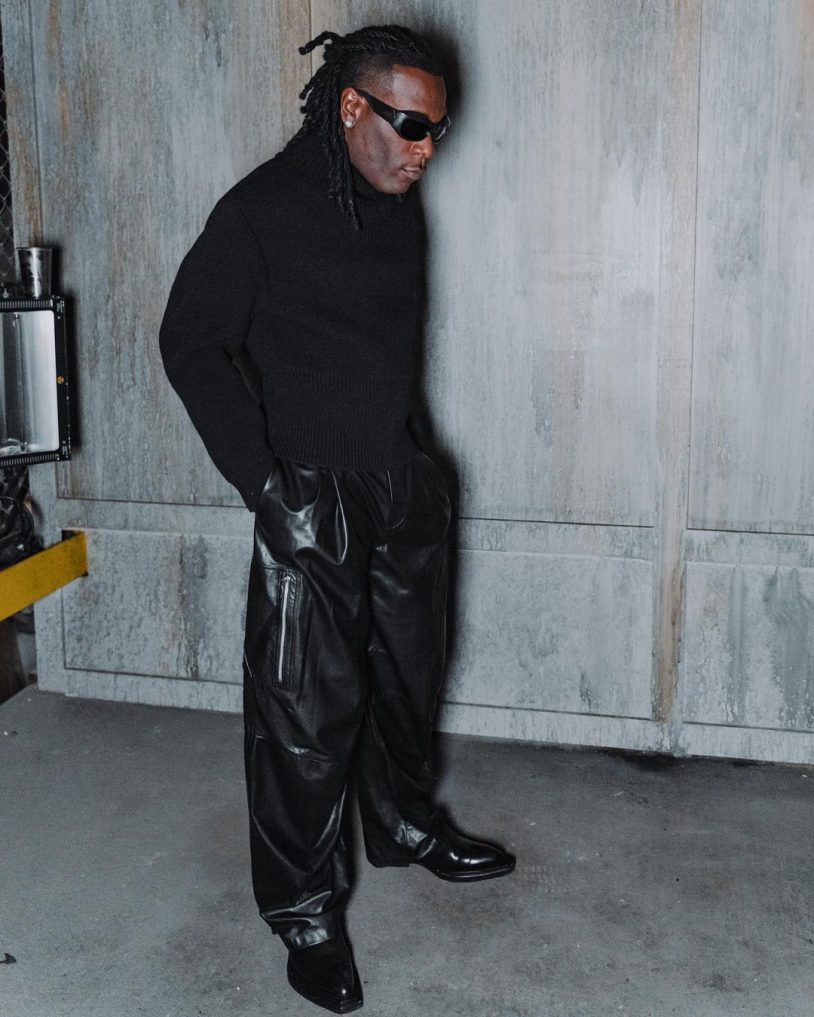 News making round is that his security personnel shot 2 men at Cubana at around 1am this morning.

According to controversial Instagram blogger, Cutie Juls who brought the news to light,  claimed that some eyewitnesses who spoke to the blog claimed that the security scrapped one of the victim’s head before shooting him. 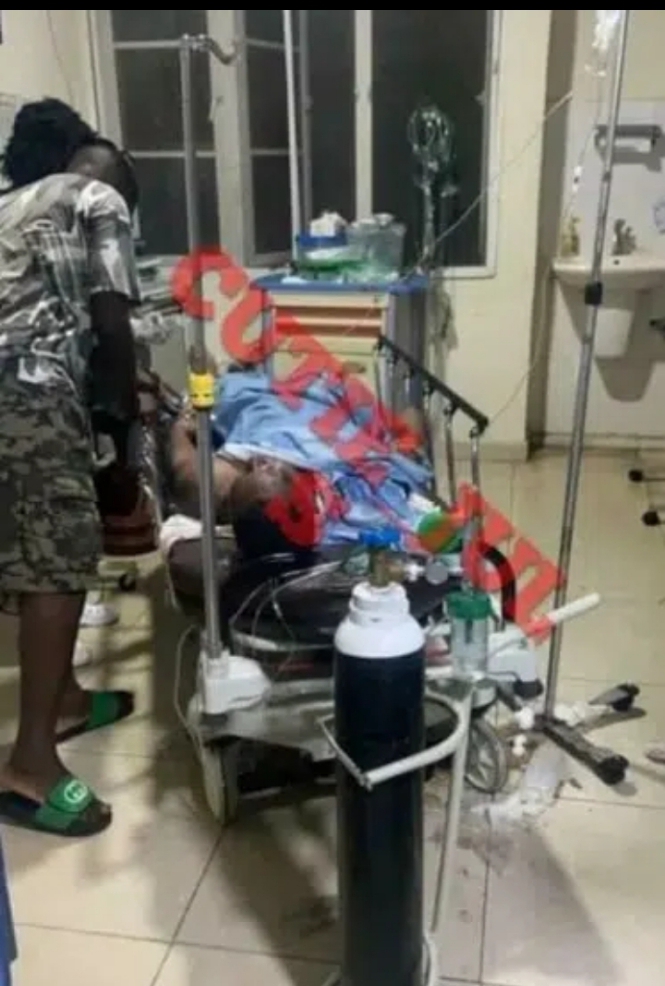 It has been alleged that the police are currently investigating and looking for Burna Boy’s boys who did the shooting.

“Singer Burna Boy’s security reportedly shot 2 person’s at Cubana club in Lagos in the early hours of this morning around midnight/1am there about. Speaking to eye witnesses, we’ve been informed that they scrapped one of the victim’s head before shooting him. The police have been to the scene to investigate and are currently looking for Burna’s boys who did the shooting. Please stay tuned. More soon”. 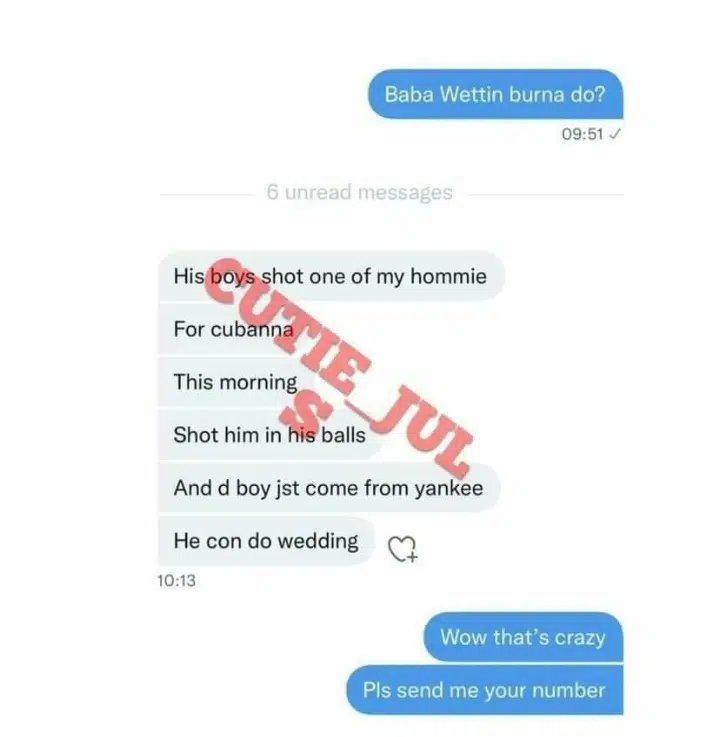 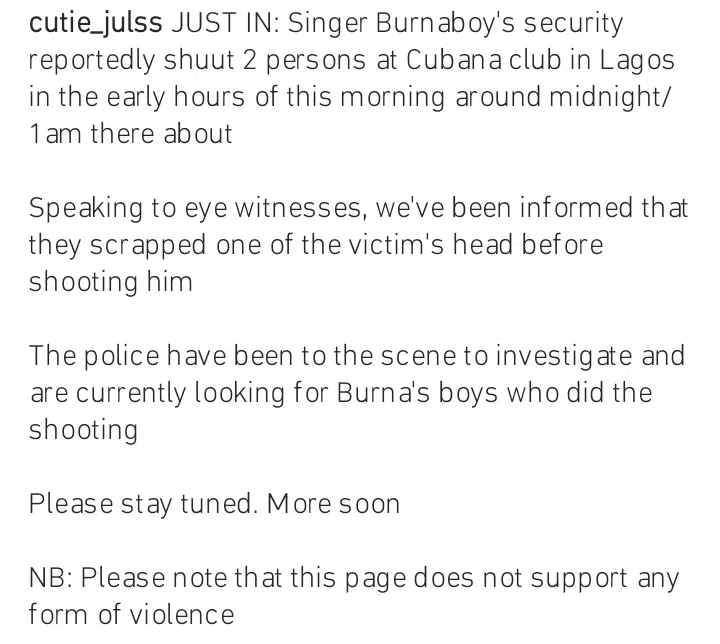 Lady In Oxlade’s Viral Tape Cries Out To Daddy Freeze For Help, Spills Events That Transpired