André Leon Talley is being remembered in the worlds of fashion and entertainment. The former US Vogue editor-at-large died on Tuesday at the age of 73.

Talley’s fashion journalism career lasted six decades. He worked for Andy Warhol’s Interview Magazine and Women’s Wear Daily before becoming an iconic figure at Vogue, where he was creative director from 1988 to 1995 before becoming editor-at-large.

Octavia Spencer mourned the loss of Talley, writing “My thoughts and prayers are with his loved ones.”

I am sad to hear of Andre Leon Talley’s passing. My thoughts and prayers are with his loved ones.

Viola Davis shared a photo of herself and Talley together, writing “Rest well King.”

Tony Award and Oscar-nominated costume designer Arianne Phillips called Talley a trailblazer. Phillips, who has worked with Madonna, Lenny Kravitz and Quentin Tarantino, described Talley as a “dapper gentleman, fashion editor, writer, journalist with a singular voice [and a] larger than life icon.”

“Always so kind and funny, his contribution to fashion and culture is one for the history books,” Phillips wrote. “Such sad news to hear of his passing.”

Andre Leon Talley, Vogue Editor and Fashion Legend, Dies at 73 – The Daily Beast…. A truly original heart , spirit and mind. He cast a giant shadow and will not soon be forgotten. What’s loss. https://t.co/Rxixp4A1pE

Diane von Furstenberg paid tribute to Talley writing, “Goodbye darling André. No one saw the world in a more glamorous way than you did. No one was grander and more soulful than you were. The world will be less joyful. I have loved you and laughed with you for 45 years… I miss your loud screams… I love you soooo much.”

“We are saddened to hear of the passing of André Leon Talley,” wrote designer Bob Mackie. “Thank you for your knowledge and passion for fashion and glamour. You will be missed.”

“Slave Play” playwright Jeremy O’Harris also paid tribute. “For a little black gay boy who reached for the stars from the south there were few people I could look up to up there amongst the stars who looked like me just more fab except for you André,” O’Harris wrote. “For a generation of boys André Leon Talley was a beacon of grace and aspiration.”

For a little black gay boy who reached for the stars from the south there were few people I could look up to up there amongst the stars who looked like me just more fab except for you Andre.

For a generation of boysAndre Leon Talley was a beacon of grace and aspiration. RIP 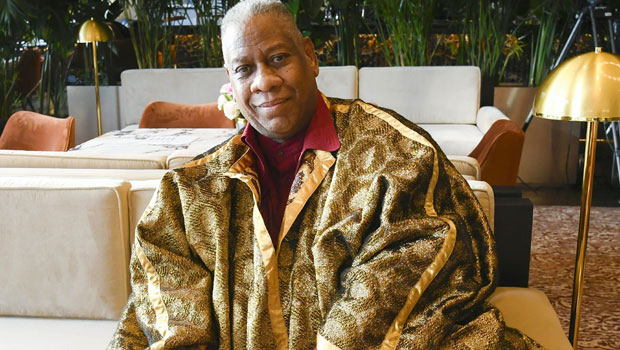 Screenwriter Emily V. Gordon called Talley an inspiration and reminded her followers to watch his documentary, “The Gospel According to Andre.”

Oh goodness. What a loss. Andre Leon Talley has been such a inspiration to me. He grew up in North Carolina and was brilliant, bold, and innovative as hell in his work and his life. Watch the doc about him- The Gospel According to Andre- and remember him well. RIP. https://t.co/nbnYa3xWed

The Bravo show “Watch What Happens Live” honored Talley as “a force in fashion, a legendary storyteller.”

RIP André Leon Talley. He was a force in fashion, a legendary storyteller, and a friend to our show. The world has lost yet another icon. pic.twitter.com/NyVqpAC8Vz 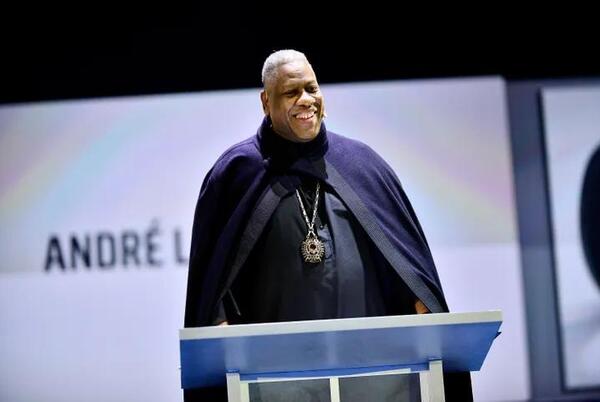 Rest In Peace André Leon Talley.
What a mark you made

Too many greats entering the ancestral realm.

But their impact will always be felt and spoken about.

Andre Leon Tally has passed. I am heartbroken. He was someone whose heart was as big as his personality. What an icon, what a trailblazer, what a legend, what patriot, what a teddy bear. Rest In Power sir. You will be missed. #andreleontalley pic.twitter.com/i72Cp7EJRf

RIP Andre Leon Talley: a trailblazer, a walking encyclopedia and a true promoter of talent, diversity and change in our industry. His legacy goes beyond fashion. pic.twitter.com/wFn9FlwTNn

Truly an end of an era https://t.co/VfD1rEqrvL

Nollywood Screenwriters We Want More Of Their Work In 2022