The much anticipated Nigerian celebrity wedding between Nigerian actor, Alex Ekubo and Fancy Acholonu has crashed even before it began. 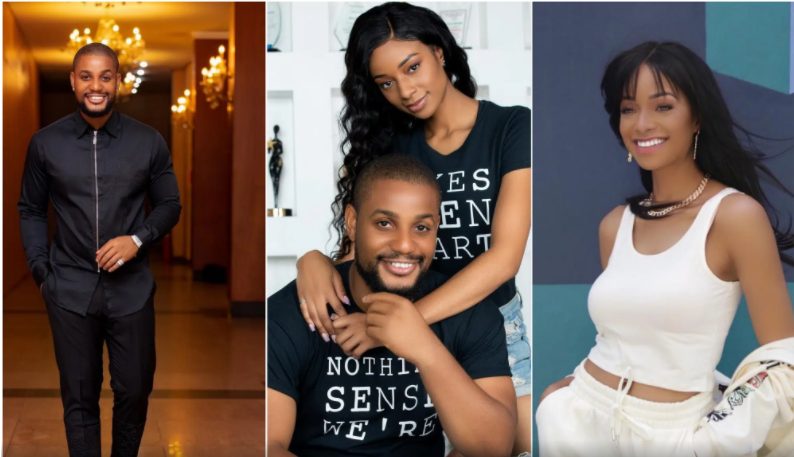 Many speculated that the actor and his fiancee were preparing a stunt. Unfollowing a spouse on social media is still widely interpreted as the end of a relationship or a symptom of marital strife.
During their breakup, their joint Instagram profile, which was created for their wedding, was also removed, causing suspicion among their fans and admirers.

About 24 hours after the break-up, Fancy, took to Instagram to confirm their relationship had ended and that their wedding has been called off.  She wrote, ‘It is important that everyone lives in their truth’ 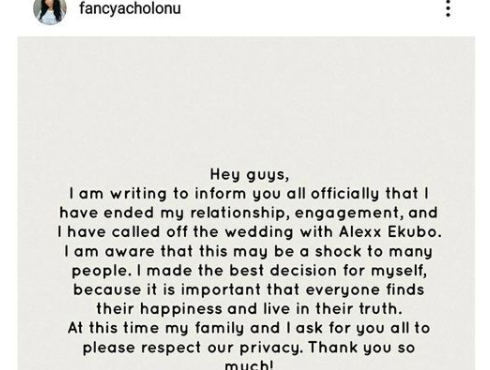 Alex Ekubo calls out Government over death of Sokoto student