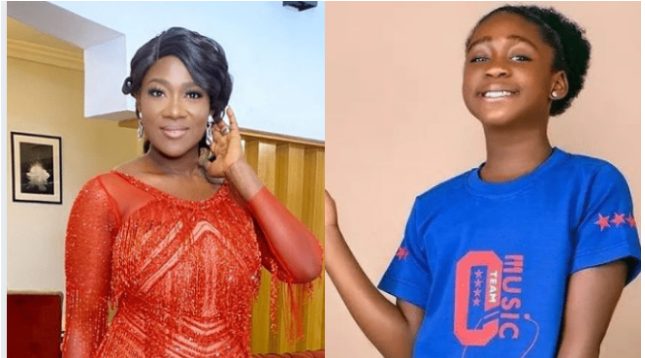 Here is why Mercy Johnson will not withdraw her daughter from Chrisland School despite bullying allegations!

Mercy Johnson has declared that she will not be pulling her daughter from Chrisland School, despite reports that she was bullied.

Glamsquad Magazine recalls that Mercy Johnson made the rounds online after storming her daughter, Purity’s school after she was allegedly abused by a teacher who despised the actress.

After a lot of backlash on social media, the school administration stated that they will settle the matter.

Mercy Johnson has reached an agreement with Chrisland management and advisory board members at its Victoria Garden City location, adding a new twist to the affair.

Mercy Johnson issued a statement on Saturday about the whole brouhaha as she intimated that they had reached a meaningful positive resolution.

The statement reads: “Purity had an encounter with a Teacher whose seemingly inflexible approach got her off-balance,”

“We have been able to have a deep, frank conversation with the Chrisland authorities and we have come to a meaningful positive resolution. It is our choice to move forward together as crucial partners.”

“We are pleased with their efforts towards ensuring all pupils get an all-round balanced and qualitative learning.”

“Chrisland has assured us of their commitment to the bigger picture, which is firmly centered upon being responsive to the fragile emotions of children as well as the valid concerns of parents.”

All the Scoops from the Fashion Art Media Awards Ceremony 2021

Basic Tips On How To Make Google Chrome Your Default Browser