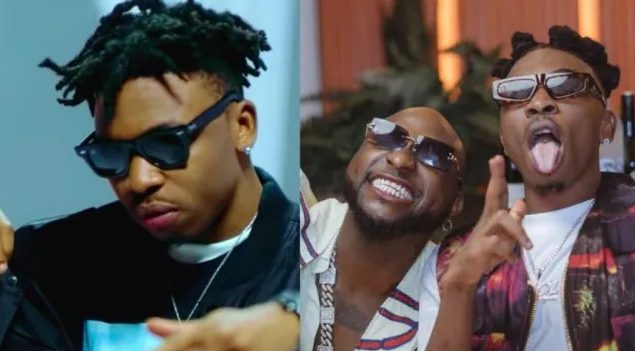 Mayorkun explains why he didn’t include Davido in his new album.

Mayorkun, a popular Nigerian singer, has revealed why Davido isn’t on his new album.

Glamsquad Magazine recalls that Mayorkun was signed to Davido Music World wide’s DMW label in 2016 and has since released a number of popular singles.

His contract, however, does not appear to have been renewed this year, as his new record was not marketed by DMW and does not bear its logo.

“Most people don’t know how creating an album works; sometimes, it’s a bunch of tracks you’ve got way back and just assemble together,” Mayorkun stated when asked why Davido was not featured on his new album “Back in Office.”

“I don’t think the songs we’ve written together are for this album, but rather for a later date.”

“I and Davido have songs together and it is not a situation that I took out his song from my album.”

The musician told this to Ebuka Obi-Uchendu at his listening party for his new album “Mayor in Office,” which had Davido in attendance.

iPhone Cinematic Mode: How to Use it to Shoot Better Videos